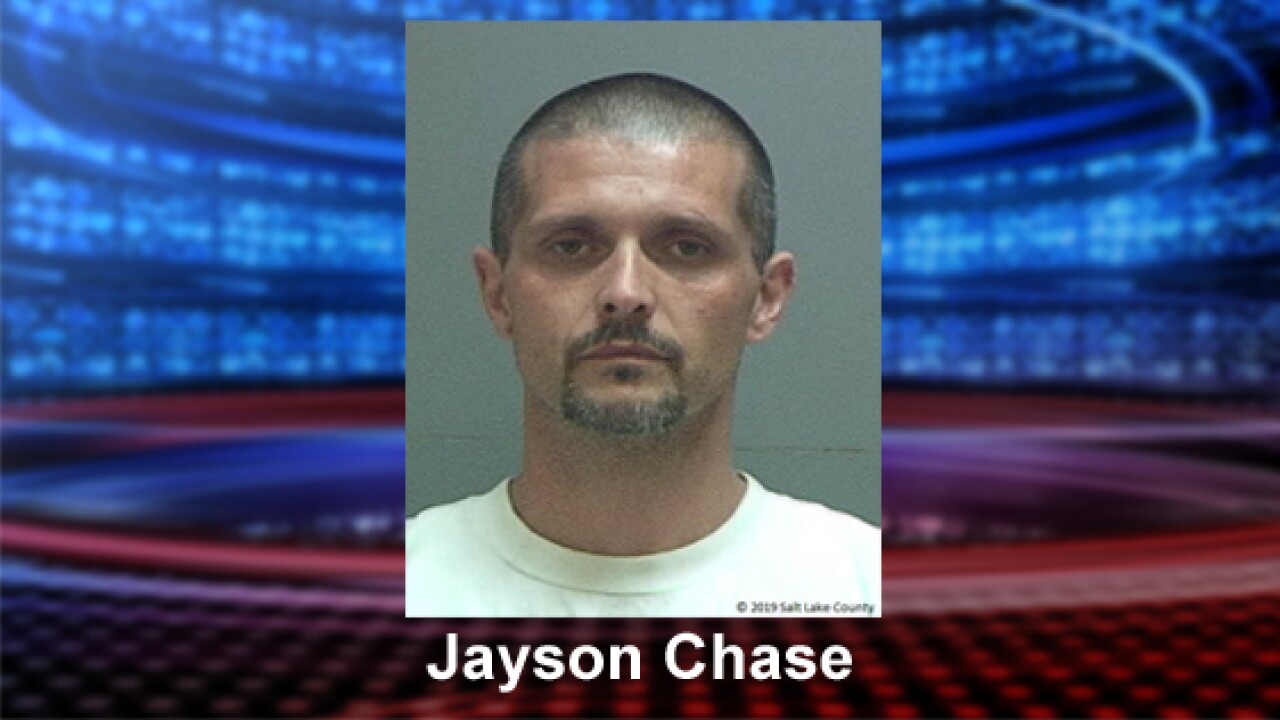 WEST VALLEY CITY, Utah -- One woman is dead and two others were injured in a shooting Saturday night inside a car near 2700 West and 3100 South.

Police have arrested Jayson Chase, 38, on charges of murder, aggravated assault, discharge of firearms, obstruction of justice and possession of a firearm by a restricted person, according to court documents.

Angela Montoya, 34, was killed in the shooting, according to West Valley City Police.

Police say Chase was in a  green Cadillac sedan when he shot Montoya and two others in the car with them.

After investigating multiple witness accounts and physical evidence, police say they determined Chase was in the back seat with Montoya and one other person and shot them both — Montoya in the head and the other in the shoulder.

Police said the driver was also shot in the shoulder but drove to another location and left the vehicle. Police say the driver was a female and that they have not located her yet.

Another person then reportedly got in the driver's seat, drove to seek help for Montoya and flagged down police in person. Montoya was pronounced dead at the scene.

Witnesses told police that the second gunshot victim ran from the vehicle immediately to find help. Police did not release the individual's name, but they did say a 15-year-old boy entered a nearby gas station with a gunshot wound to his shoulder.

The front seat passenger was not injured.

According to the police report, Chase later called 911 from another gas station at 3500 South and 3200 West and said people were chasing him. When officers arrived, he told them he had a gun but discarded it at a nearby construction site. Police have not located the gun yet.

Anyone with surveillance footage or additional information about the incident is asked to call WVCPD.