Family responds after Utah man and wife killed in Mexico

SALT LAKE CITY — The family of a man from South Jordan who was killed in Mexico last week has released a statement in response to his tragic death.

Paul Nielsen, 52, and his wife Janet Vázquez, 44, were traveling through the state of Guerrero early in the morning on July 18 on their way to a vacation they had planned in Zihuatanejo.

At some point in their trip, they were shot and killed. Their 12-year-old son Kevin was in the car with them, but the family said he was not shot, as some media outlets initially reported. He received minor injuries and is living with family.

“Our family is absolutely devastated over the loss of our dad. We were very close to him. His family was his world, and he wasn’t just our father,” the family wrote. “He was one of our best friends. It’s been a very difficult week for us, especially with trying to make the arrangements to have his body returned to us.”

Nielsen’s body was returned to his family on Thursday.

“He loved people and though he sometimes came across as shy in public, those who knew him well saw a warm, playful and intelligent man. He loved riddles, and we often discussed problems and ideas together over the dinner table. He touched so many lives and has many friends and loved ones that are struggling with his loss,” Nielsen’s family said.

Vázquez was Nielsen’s second wife, the family wrote, and they had been married for about three years. Kevin was Vázquez’s son, Nielsen’s stepson.

Vázquez lived in Mexico, so Nielsen split his time between Utah and Mexico to spend time with them.

The Nielsen family wrote that Kevin was very traumatized and has not been able to tell the entire story, but he did give some information about what happened that day.

Kevin said three vehicles began chasing them as they drove on the highway. Vázquez shouted that they were going to assault them and Nielsen accelerated. Kevin heard gunshots, and their car went off the road.

The people chasing them then pulled all three out of the car, robbed them, and put them in the back of a vehicle. At some point, the couple were shot and killed.

The unidentified robbers drove to another location and left Kevin on the side of the road with his parents’ bodies, the family wrote. They say Kevin attempted to get help from passing drivers, but no one paid attention until the police arrived.

The family said they’ve been told both U.S. and Mexican governments are working to find the killers.

“We are so grateful for the outpouring of love that we’ve had over the last week and a half. There were wonderful people that worked day and night to help bring our dad back home, including legal professionals and government officials in both Mexico and the US,” the family’s statement wrote.

The family also wanted to prevent others from similar tragedies, saying the State Department has an active travel advisory for certain areas of Mexico, including where Nielsen and Vázquez were traveling.

“Though he was usually a careful person, he must not have seen that advisory,” the family wrote. “That ignorance had tragic results that will affect all of us for the rest of our lives. We ask that everyone please, please do your research before traveling, especially in countries that have known instability. If there is any question about the safety of the area you are going, please realize that no vacation is worth your life.” 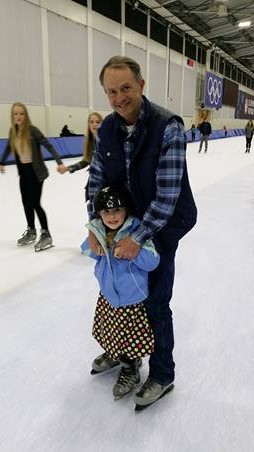