Family of five hospitalized after van bursts into flames

SARATOGA SPRINGS, Utah -- A family of five was hospitalized after a van caught fire at Pelican Bay Marina Saturday night, according to Saratoga Springs Police.

All five people suffered serious burns; the mother and a 4-year-old girl were flown by medical helicopter to the University of Utah Hospital while the other three -- including two children under the age of 10 -- were taken to the same hospital by ground ambulance.

Corp. Zach Beglarian with SSPD said the family was getting ready to leave the marina on Utah Lake when an older Chevrolet box van went up in flames. The van was fully engulfed within seconds, according to Beglarian.

Chief Jess Campbell with Saratoga Springs Fire said the fire sparked as a result of a mechanical malfunction and an attempt to restart the vehicle. He said their agency investigates all fires as a matter of policy.

An update on the victims' conditions was not immediately available.

A GoFundMe account has been set up for the family and can be found here. 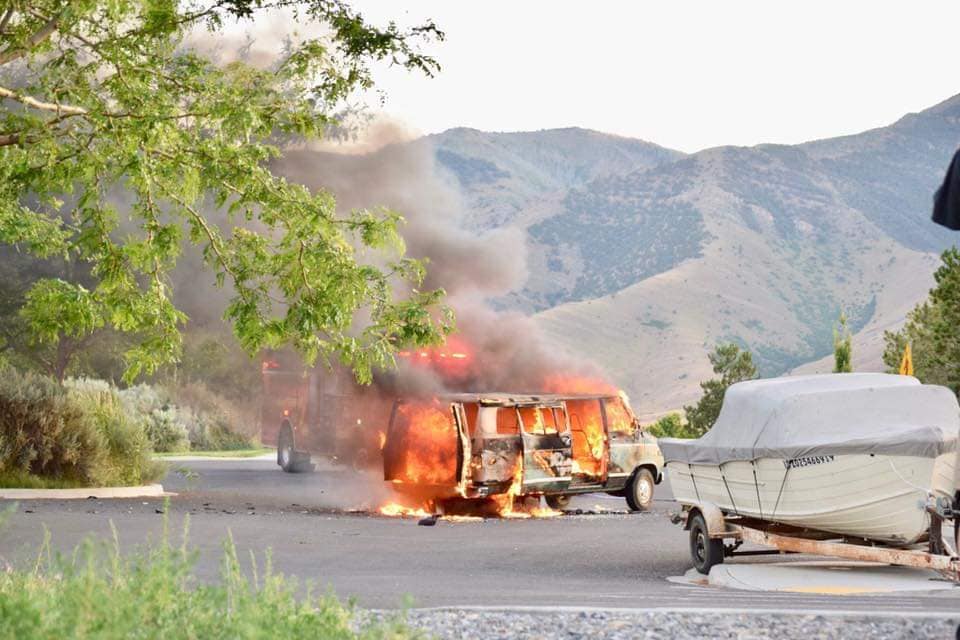