Five teens from southern Utah were on vacation in Anaheim when they were hit by an alleged drunk driver Friday night.

ANAHEIM, Calif. -- Five teenagers from Utah were injured by a possible drunk driver in Anaheim, according to the Anaheim Police Department.

In the crash that happened Friday just before midnight, police say an 18-year-old girl suffered potentially life-threatening injuries and four 18-year-old male passengers were taken to the hospital with serious injuries.

Police say 24-year-old Leobardo Robledo was arrested on felony suspicion of driving under the influence of alcohol and drugs; Robledo was also seriously injured in the crash.

Sgt. Daron Wyatt with APD said officers originally thought the crash was going to be a double fatal accident, but doctors said things have gone well and all are expected to survive.

According to a GoFundMe page, the 18-year-old woman is Cristina Gaona of St. George. An update on the page said she was responding well to bran scans and was still sedated due to brain injuries and multiple fractures.

A GoFundMe page was also set up for Shadrach Diaz, who reportedly sustained multiple fractures including his ribs and trachea, a puncture in his kidney, and internal bleeding that required him to be placed in a medically-induced coma for surgery.

An update to his page said the internal bleeding was contained and he would hopefully be awake Monday.

Kai Burke was another one of the victims, his high school soccer team said on Instagram. An update on the page said he is in intensive care with a brain bleed, but in stable condition.

The other victims have not been identified publicly, but they are in stable condition according to the press release. APD has reached out to area hotels and restaurants to provide for the families of the victims, and Wyatt said they are being taken care of now.

No booking photo of Robledo is available because he is still in the hospital, according to APD.

Robledo reportedly ran a red light in his 2014 Dodge sedan and struck a 2014 Honda Fit. Both cars then struck a utility pole, which caused serious damage to both vehicles and seriously injured all six individuals.

A fundraiser will be held for the Gaona family to help cover medical and travel expenses on Saturday at Tacos el Monchis in St. George. From 7 a.m. to 2 p.m. they are holding a car wash and bake sale, and half of all food sales will be donated. 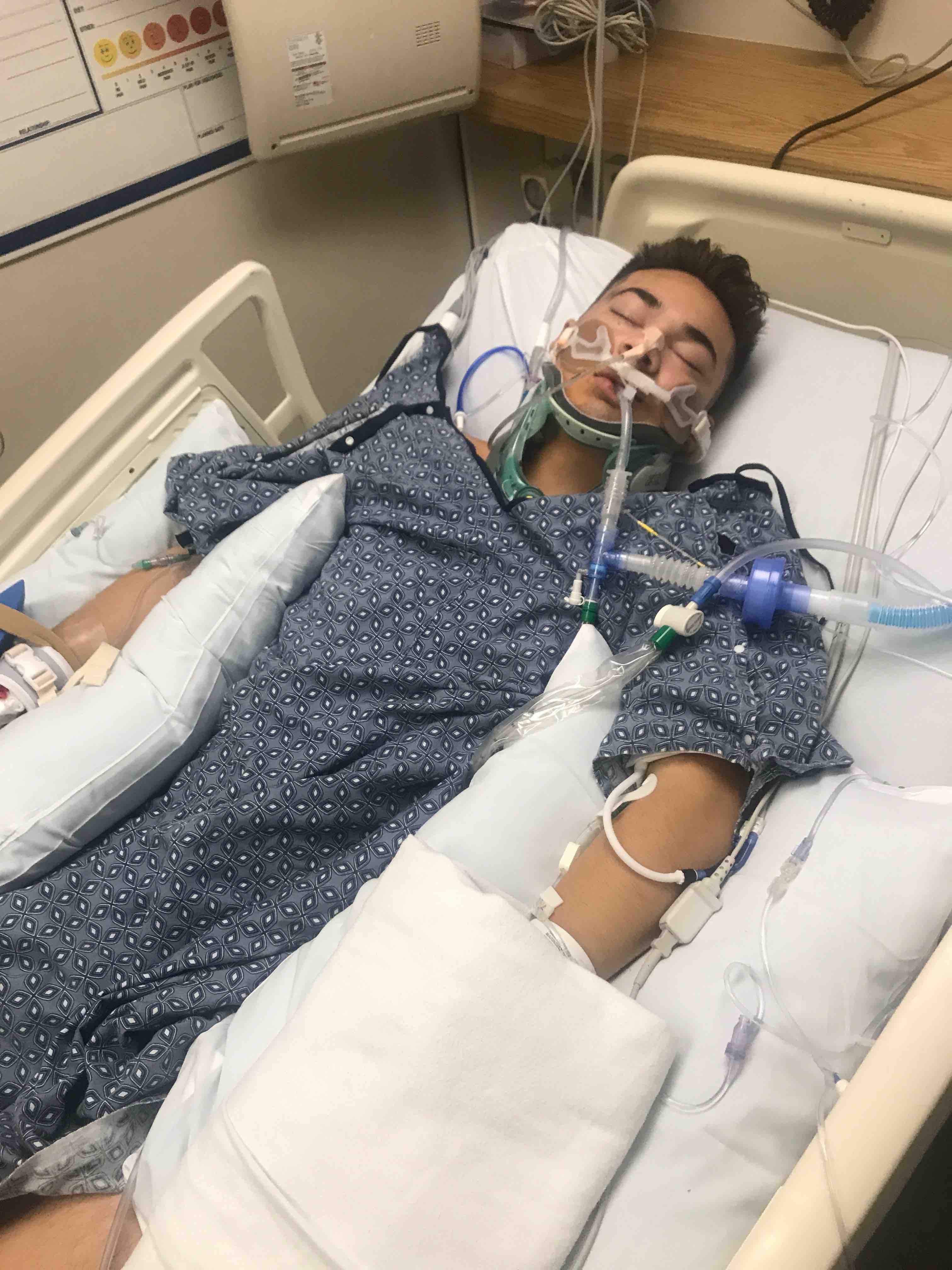