‘I knew that one wasn’t going to leave the other’: Brother reacts after missing boaters’ bodies recovered 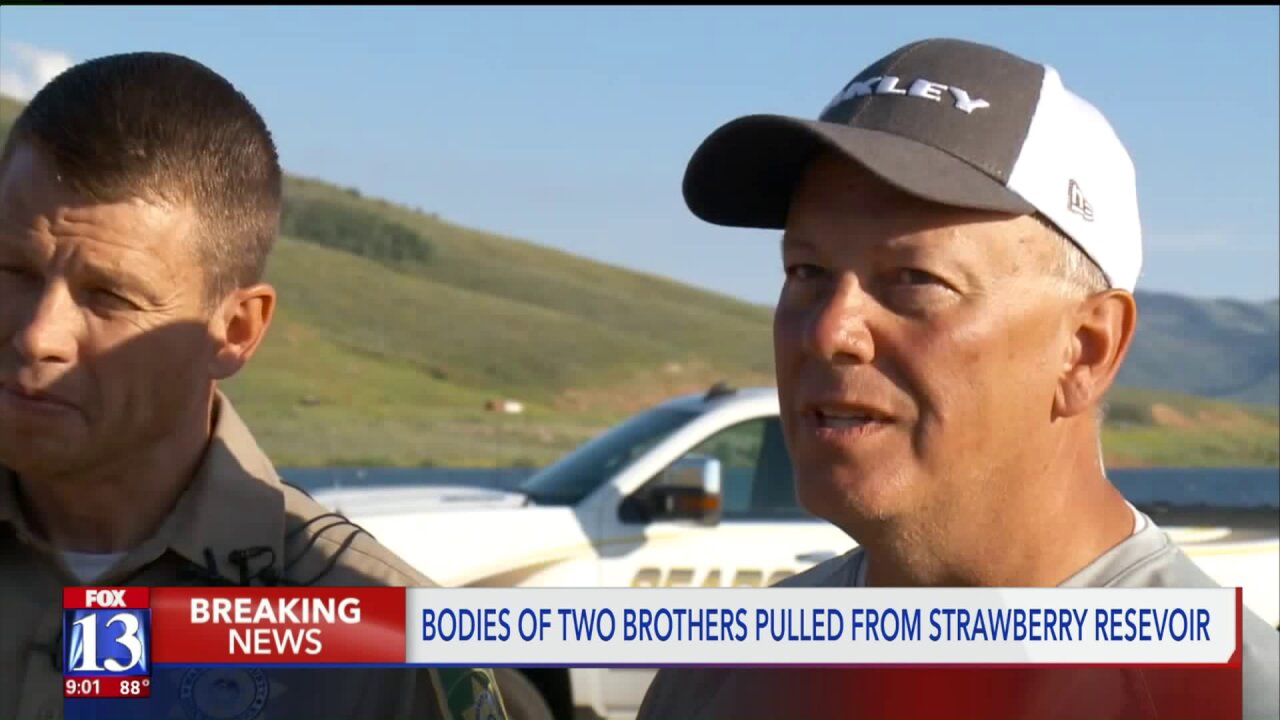 Mike Gardiner speaks after his brothers’ bodies were recovered from Strawberry Reservoir on Sunday.

Jim Gardiner, 70, and Mark Gardiner, 61, went missing July 18 during a fishing trip on the reservoir. Their bodies were found Sunday, Rigby said.

The news comes several days after authorities said the search efforts were scaling back.

An intense search and rescue operation took place July 18-21 for the two brothers after their boat showed up on the shore, still running and unoccupied.

The two men, both from Utah County, had been fishing. Rigby said fishing gear was out on the boat, and a fish was found hooked on fishing line.

"These brothers, they loved each other and they were helping each other. There was some kind of an accident that occurred on the water while they were fishing," Rigby said Sunday. "They were working to help each other at the time they both succumbed."

"One of the nets that family said should be there was not," Rigby said during an interview Friday morning. "We run off different theories, and one of the theories is possibly ... they were trying to net a fish and that something happened."

Mike Gardiner also joined to thank everyone who contributed to finding his brothers — law enforcement, search and rescue, volunteers, community members, family, friends, and everyone who helped in any way.

"They had good hearts. They cared about others," he said of his brothers. "They liked to enjoy life and their family, and that's what meant the most to them."

Now that they have closure, Mike Gardiner said the families of the two men can properly mourn — but not in a negative way.

"We'll miss them, obviously," he said. "But ... remembering all the good things, good memories that we have. And I know that they want us to move forward and be happy."

Mike Gardiner shared memories of spending days fly fishing on the rivers in the Uintas with his dad and siblings.

Fishing, he said, runs in the Gardiners' blood.

The full press conference can be seen below or on Fox 13's Facebook page.