SALT LAKE CITY — Part of North Temple has been closed due to a natural gas leak Tuesday afternoon.

The leak occurred at 600 West and North Temple, according to Salt Lake City Fire.

Traffic will be rerouted in the area until it is repaired. Trax lines will be affected as well. No evacuations were in place.

Dominion Energy spokesperson Allie Anderson said crews were demolishing a building on the northwest corner of the intersection when they cut a line.

Crews are actively working to repair the leak, and North Temple is expected to remain closed until about 7-7:30 p.m. from 400 West to 800 West. The area is not under evacuation, just safety precaution. 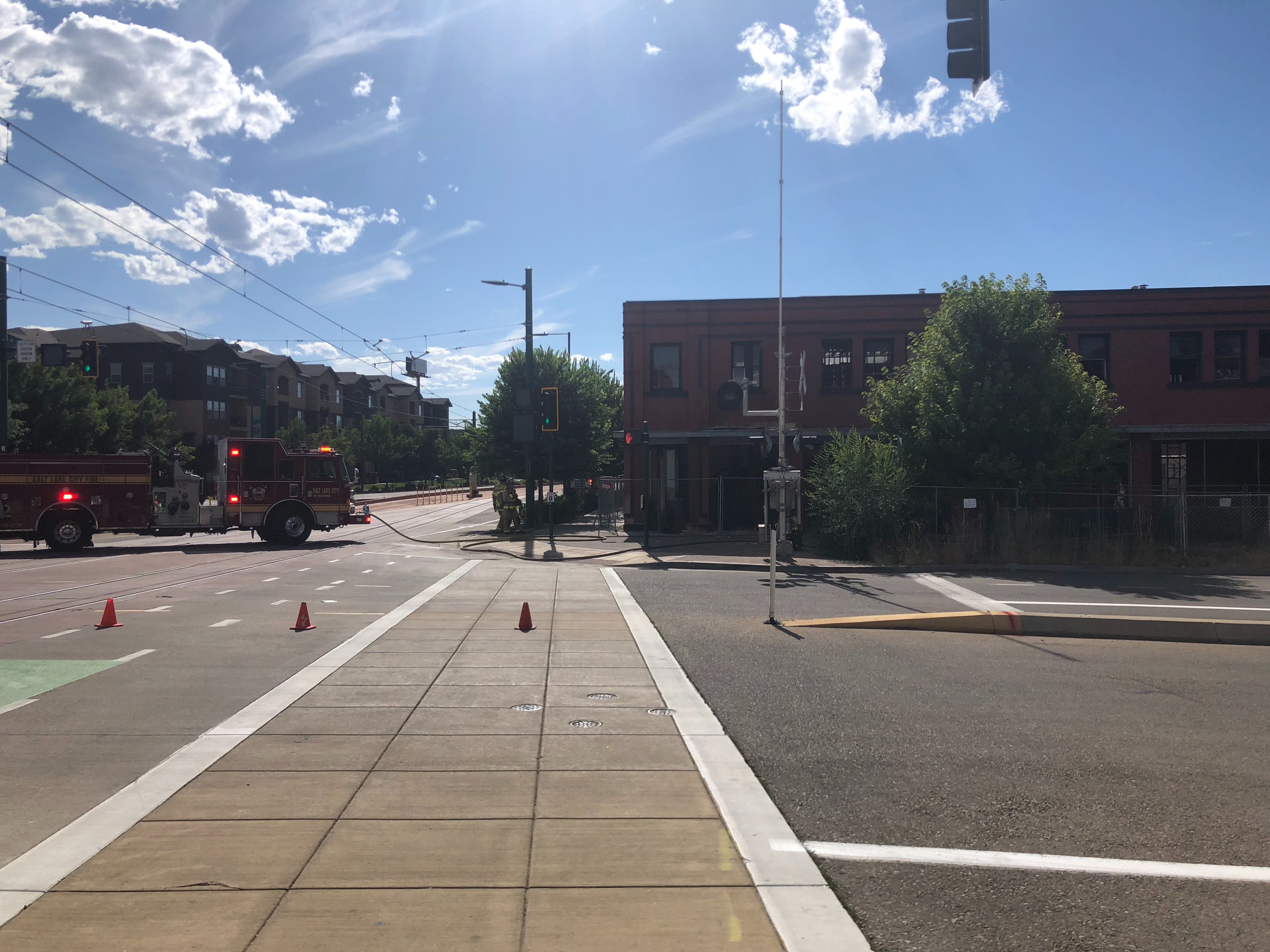