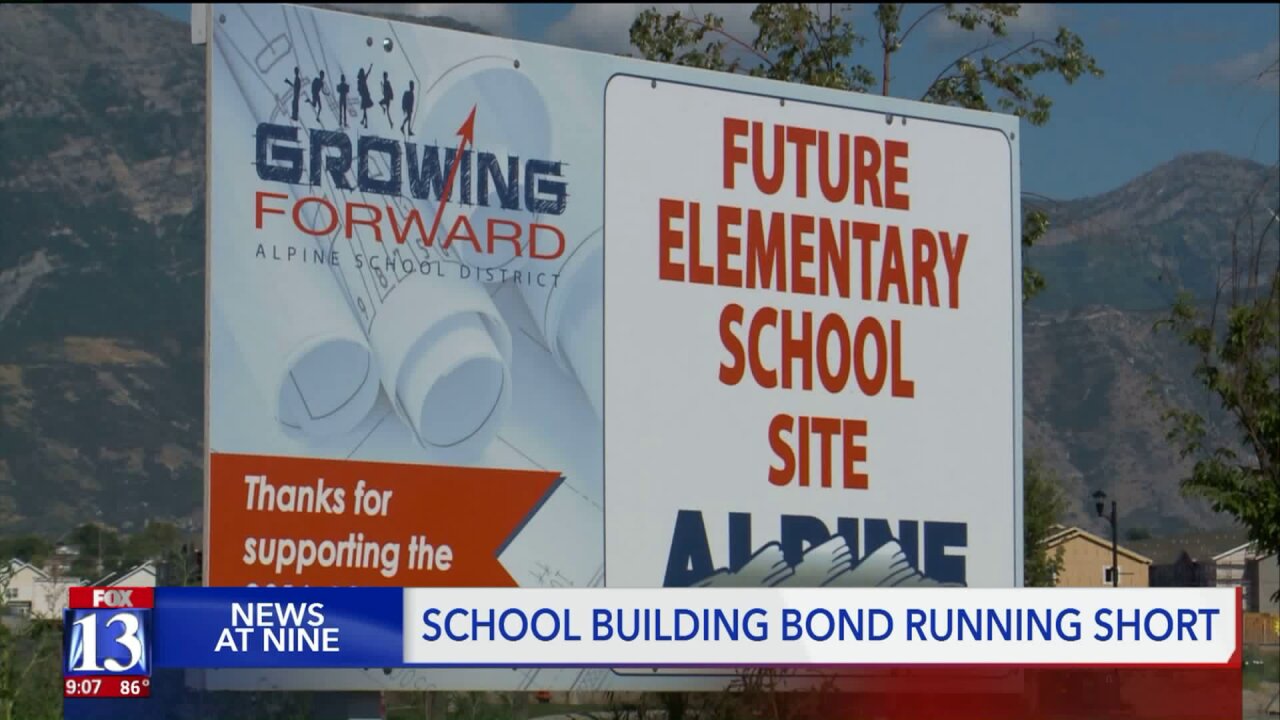 Voters passed a $387 million bond in 2016 to build nine new schools but $40 million is left in the account before construction begins on the last three schools.

With a toddler and a newborn, Jamison Metzger was thrilled bond money build a new elementary school in Vineyard.

“We thought this is cool,” Metzger said. "It is a three-minute walk from our house and by the time it is built our son would be ready to go to elementary school. It would be perfect.”

The district told voters they’d construct two elementary and a middle school in 2020, but the bond money is running out.

“I don’t know what we are going to do now if they don’t go through with it. It would be pretty unfortunate,” Metzger said.

The remaining projects are estimated to cost $73 million. The district has about half that remaining.

Rising construction costs are to blame, according to Bird.

“We even estimated an increase in construction costs but to this extent, we were not ready for,” Bird said.

Bird also adds district planners spent extra money on other bond projects, such as more classrooms at Greenwood Elementary in American Fork. The cost of land has also risen, she said.

On Thursday afternoon, district leaders met to brainstorm how they can finance the remaining projects.
With the clock ticking, Metzger hopes they can keep their promise to voters.

“I think they probably should have planned it a little better,” Metzger said.

The school board will meet again on August 13 at 6:00 p.m. to further discuss what is going to be done about the multimillion-dollar problem.