HOLLADAY, Utah — A 25,000 square foot was destroyed in a fire Saturday night in Holladay, and Unified Fire Authority crews are still on the scene as it smolders nearly 48 hours later.

The call came in just before 8:30 p.m. for the fire at 6085 S. 2930 East, UFA said. Crews initially attacked the fire from the inside of the 3-level home, but the main floor started to give in. It was deemed unsafe, and firefighters were pulled out and began to hose it down from the outside.

“Things were collapsing down to the basement, putting us — our firefighters — in great peril,” UFA spokesman Matthew McFarland said.

Four agencies and 85 firefighters were able to mostly extinguish the flames at about 1:20 a.m. Sunday.

However, crews were still working to fully put the fire out 24 hours later Sunday evening due to the size and instability of the home.

“This whole east side of the valley is seeing this happen. I know it’s gotten people curious. It’s not usual for us to have this kind of prolonged operation. There’s just a lot of challenges to this," McFarland said. "We’re working actively, and we feel confident that we’re making headway slowly but surely.”

The residents of the home were not there at the time the fire was reported.

Rulon Harper and Paula Harper lived in the home with their 16-year-old grandson. Firefighters said the home will likely be a total loss, although a garage with some of their vehicles was saved.

“That was like their dream house. They worked so hard on it,” said the couple’s granddaughter, Jordyn Mitchell. “My grandparents — they definitely don’t deserve this. They’re the most loving people in the world.”

Family members said they believe most everything in the house is replaceable, except for the couple’s pet macaw named Dusty.

“The fact that the bird — my grandpa’s whole world — is gone… It’s so bad,” Mitchell said.

The cause of the fire is under investigation. Neighbors said there was a power outage on Saturday night, but they don’t know if that was the cause.

“I think we should all just be thankful for each other, that we’re all here,” Mitchell said. 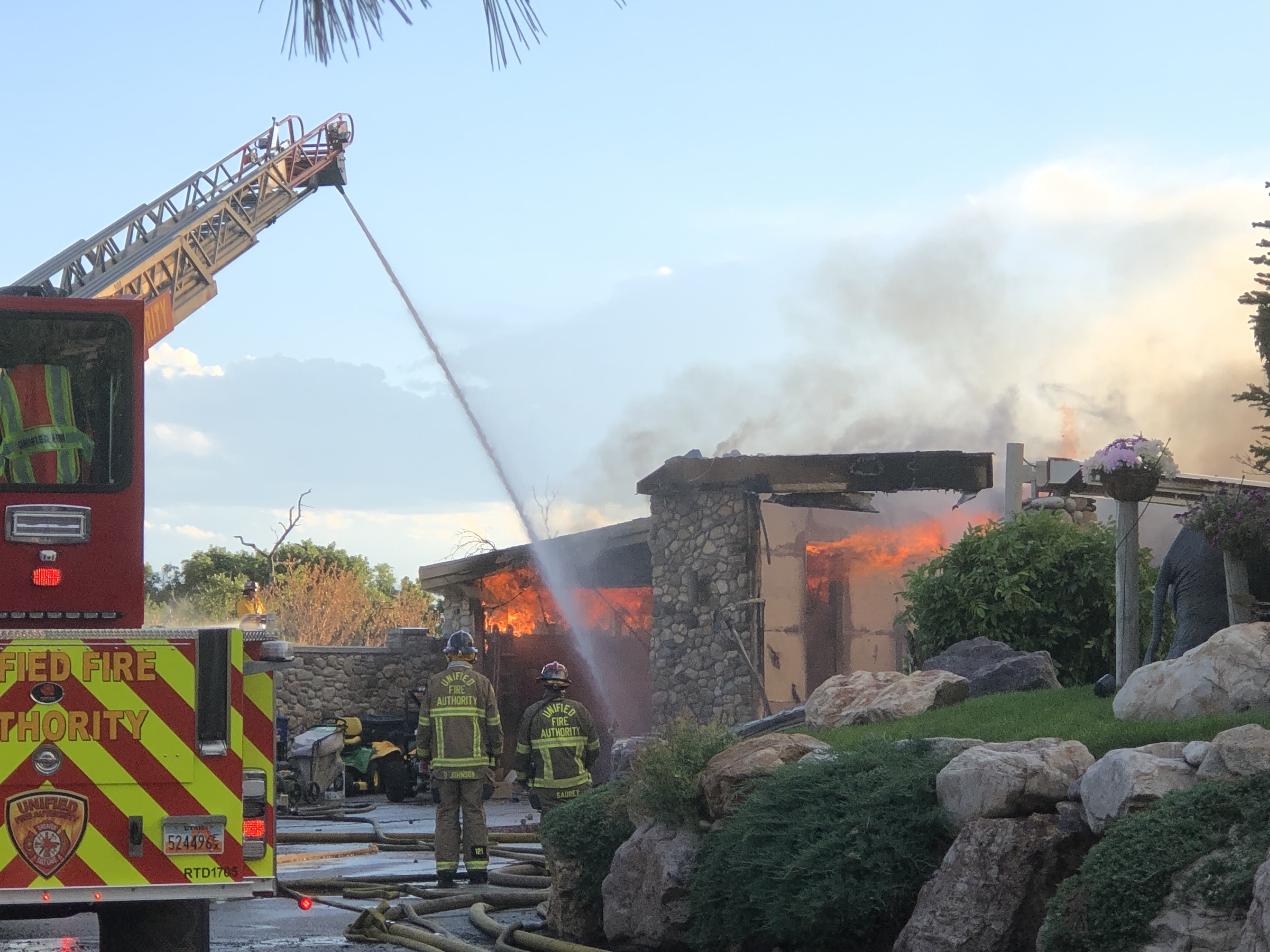