Three people killed when two vehicles, one pulling a boat, crash head-on on US-191 in San Juan County

According to the Utah Highway Patrol, a Ford F-150 was southbound about 23 miles north of Monticello around 4:17 p.m.

A Ford Expedition was towing a boat northbound when the F-150 veered into the northbound lane.

75-year-old Kenneth Harding and 73-year-old Frances Harding of Goodman, Arizona were in the Expedition and died at the scene.

A passenger in the F-150, 68-year-old Patricia Storm of Minot, North Dakota, also died at the scene.

The driver of the pickup was flown to St. Mary’s Hospital in Grand Junction, Colorado in critical condition.

All four occupants of the two vehicles were wearing their seat belts. The cause of the crash is still under investigation. ​ 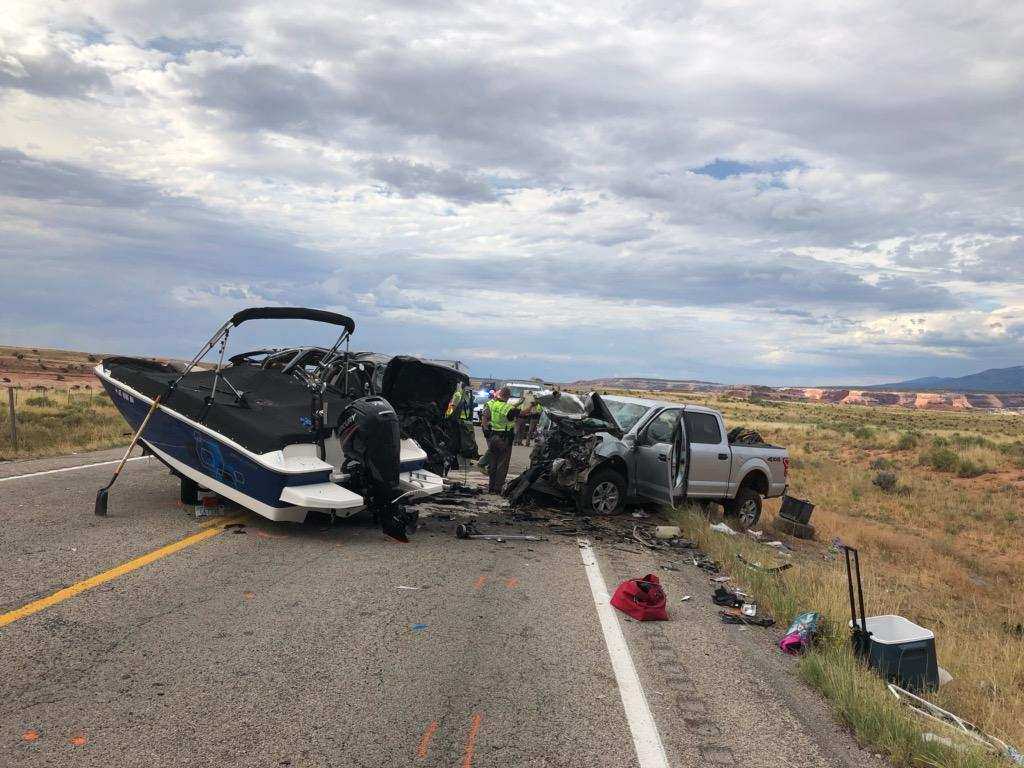