The Goose Point Fire has grown to an estimated 6,500 acres Thursday, and is now 60 percent contained.

UTAH COUNTY — The Goose Point Fire has grown to an estimated 6,515 acres Friday and is 50% contained.

Containment was listed at 60% Thursday, but that number was adjusted to 50% Friday.

Kim Osborn, spokesperson for the fire, said crews created a fire line and began back burn operations to keep the flames away from homes.

The wildfire broke out Wednesday evening on the west side of West Mountain, near the southeast corner of Utah Lake and west of Spanish Fork. It spread uphill toward the observatory, according to Payson Fire and Rescue.

Crews worked to protect the Brigham Young University Observatory at the top of the mountain, as well as some communication towers.

On Thursday, they used dozers to build a fire line along the base of the mountain, and lit fires to burn uphill. Two helicopters made the rounds, dropping water.

Looks like 2 helis have arrived at Goose Point Fire. @UtahWildfire says it'll be another couple or few days before it's contained. No evacuations and no buildings threatened. @fox13 pic.twitter.com/avS9f9jUFi

Nearby homeowners watched the fire eat across the entire mountain, from their yards and decks.

Gloria Cowley looked at trees bursting into flames in the distance.

"Oh! That makes me so sad!" she said, as she watched. She said it was scary to be this close.

"In my mind I'm thinking, we should be doing something. We should be packing up, or getting out of here," she said.

Across from her home, Michelle Pratt watched the fire with her two sons, pointing out the fire line and flames to them.

"My son Parley, he said, 'Mom if we have to evacuate, [I] really would like to not take my homework,'" Pratt said. "And I said, 'You know, if it comes to that, I'll let you get away with that.'"

The fire never made it close enough to get to that point.

No injuries or damage have been reported. 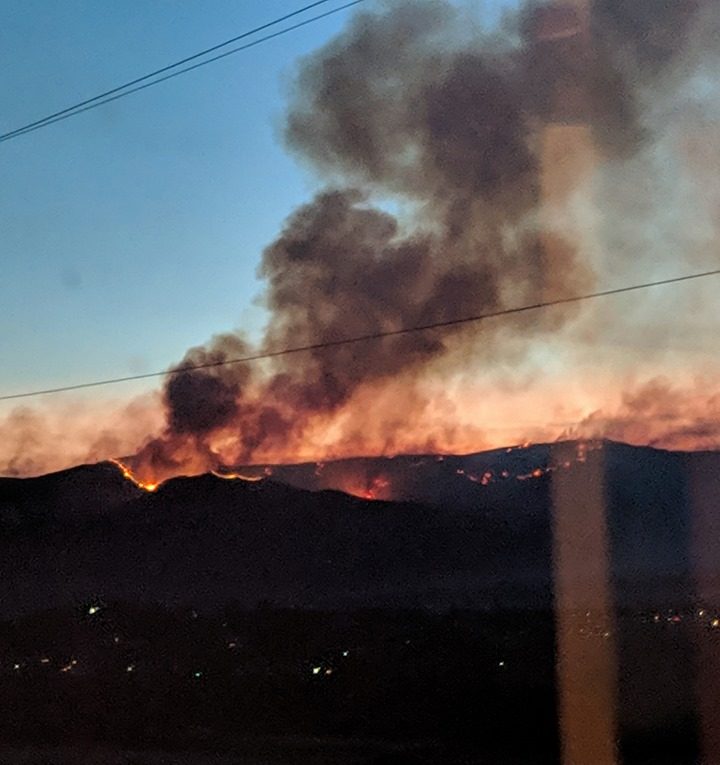