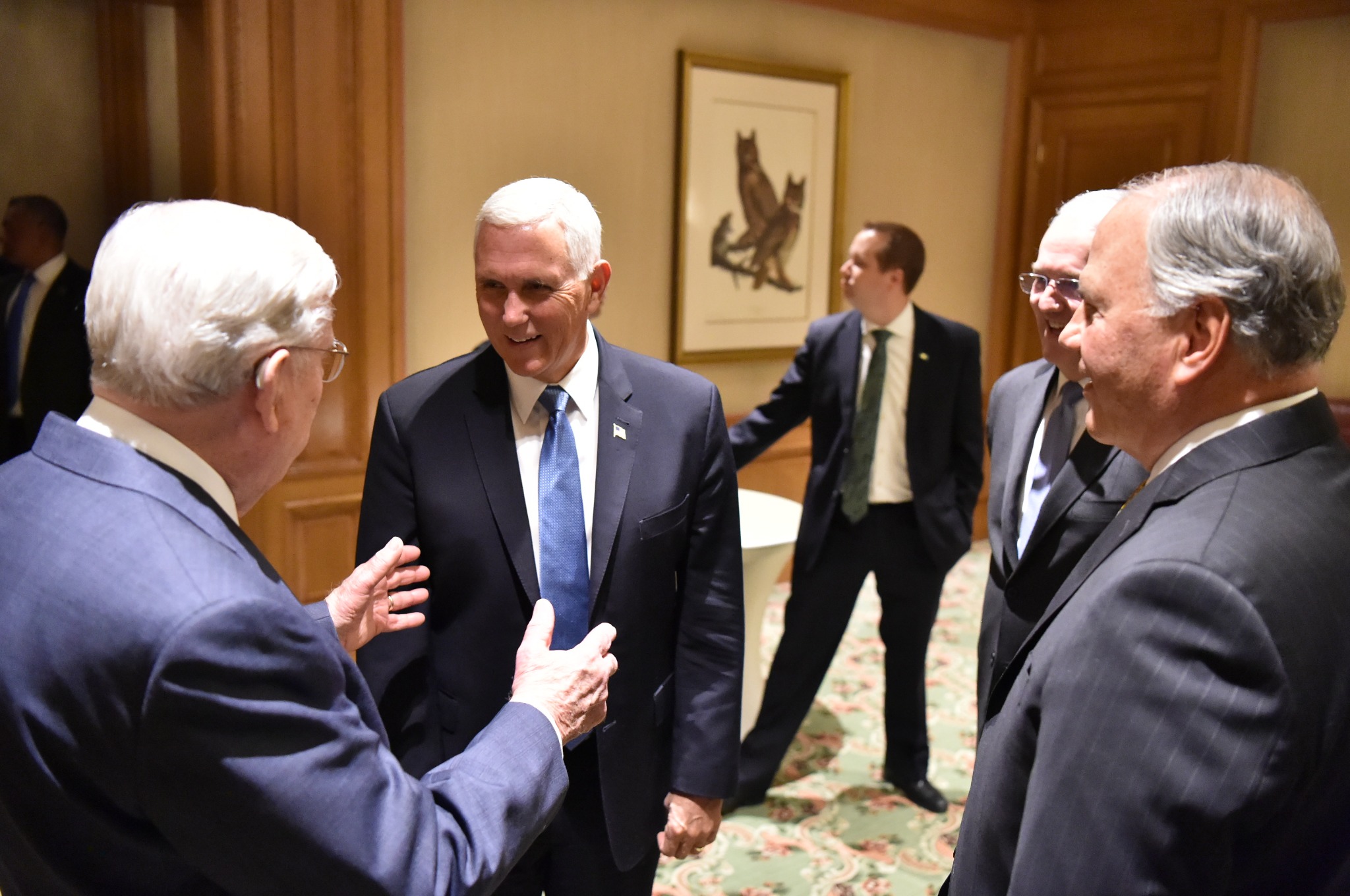 “We were pleased to honor the request of United States Vice President Michael R. Pence to meet with Church leaders during his time in Salt Lake City,” a statement from the Latter-day Saint church said. “President M. Russell Ballard, Acting President of the Quorum of the Twelve Apostles, Elder Ronald A. Rasband of the Quorum of Twelve and Elder Jack N. Gerard of the Seventy met briefly with him at his hotel, where they spoke of the value of faith and religious liberty in America and expressed our appreciation for his leadership.”

Pence’s main reason for visiting Salt Lake City was to visit Merit Medical, a manufacturer of disposable medical supplies. He toured Merit Medical’s facility and spoke on the U.S. economy and the United States-Mexico-Canada Agreement.