LAYTON, Utah — A pickup truck engulfed in flames rolled slowly across a busy Utah road Saturday afternoon, but luckily no one was injured and no other vehicles were damaged.

According to Layton City Fire officials, a man was driving a 2013 GMC Denali pickup truck when it caught fire at a busy intersection on Antelope Drive in Layton. He did not realize it, and another person told him it was on fire. He got out of the truck, and while he told officials he thought it was in park, the truck began to roll across the entire several-lane road near 800 West. It was possible that the fire burned through the brakes and parking mechanism, Batallion Chief Jason Cook said.

The truck fortunately came to a stop on a fire hydrant — Cook said it could have rolled into the busy Target parking lot.

Fire crews were able to quickly knock the flames out, and no one was hurt.

The cause of the fire is still under investigation, but Cook said it appeared there was a leak in a gas line that was sparked by a hot muffler or other component. 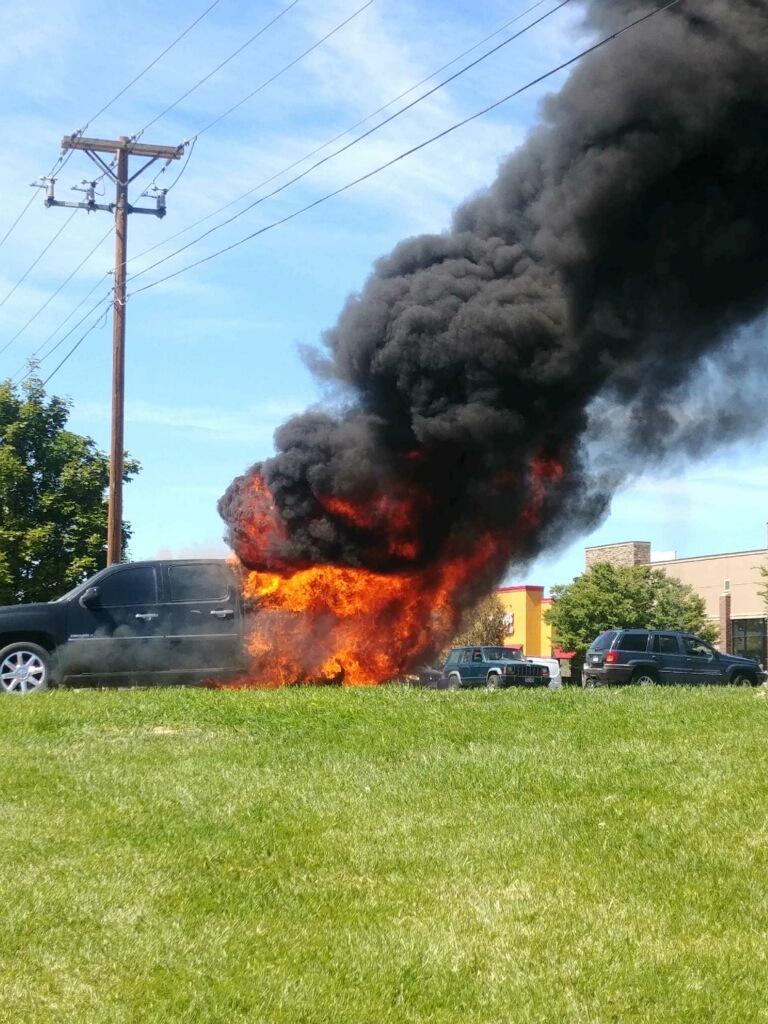