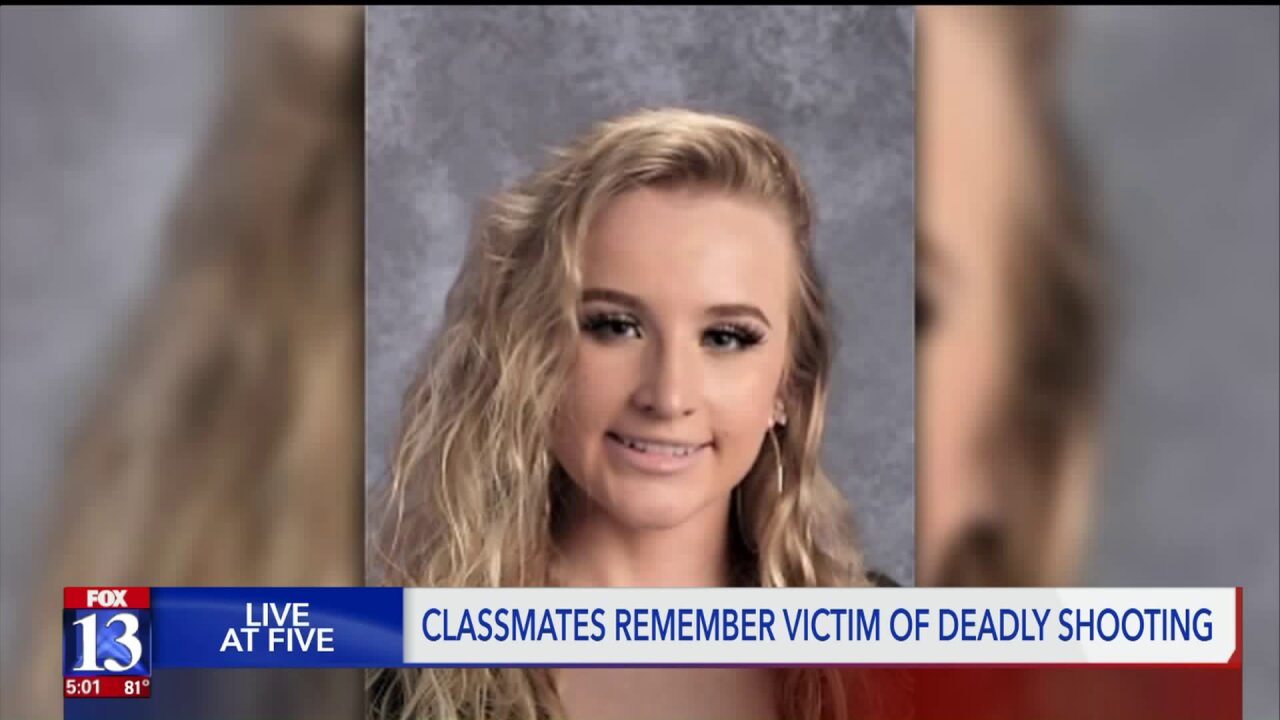 WEST JORDAN, Utah — Monday was a tough day for teachers and students at Copper Hills High School in West Jordan, as they came back to the news that one of their classmates had died in a shooting over the weekend.

Kaylissa O’Leary was 17 years old and had just started her senior year. The Unified Police Department is considering her death at a party on Saturday in Taylorsville as “suspicious.”

“There was a gun at that party. We don’t know exactly what happened from then,” said Sgt. Melody Gray of the Unified Police Department. “Was it indeed an accident? Was it intentional? We don’t know at this point, and we’re hoping to find that out.”

Someone at the party called 911 to report that the teenage girl had shot herself, but investigators said they are unclear whether that is truly the case. Officers were unable to locate the car that O’Leary had taken to the party until Monday morning.

“It doesn’t feel like there’s closure when there’s just such an open door to it. Nobody feels like there’s really an end to the story, and that’s what’s most difficult,” said Ethan Peery, a classmate of O’Leary since middle school. “I definitely remember her being a very smiley, happy person. She just kind of had a glow to her. She was really helpful.”

Some classmates said they didn’t find out what happened until they got to school. Teachers and students described feeling sick when they heard the news.

“I would describe Kaylissa definitely as outgoing, as fun,” said Shane Lyon, who taught O’Leary for two years. “She would constantly come to class greeting me, ‘Hello Mr. Lyon!’ Full of energy. Definitely had a smile for me every time. She loved to sit at the front of my classroom.”

Principal Bryan Veazie thanked the Jordan School District for bringing in counselors to help anyone who might need someone to talk to.

“I encourage them to talk about the feelings that they’re having and the emotions that they’re dealing with,” Veazie said. “We’re heartbroken and deeply saddened by her loss.”

Gray said investigators are hopeful that an autopsy on Monday will help investigators learn more about the events leading up to O’Leary’s death.

If you have any information about this case, please call the Unified Police Department at (385) 468-9350.