TOOELE COUNTY, Utah — A wildfire that began Tuesday afternoon in Tooele County has grown rapidly through the evening.

At the latest report, officials estimate the "Green Ravine Fire," near Lake Point, at 1000 acres with no level of containment.

The blaze initially had a minimal threat expected to homes, according to Utah Fire Info, but it was threatening important communication towers on Farnworth Peak as it grew aggressively uphill.

After a wind shift, the fire made its way down the mountain and jumped a set of train tracks.

Residents nearby began fire prevention preparations and prepared to evacuate if necessary.

“This is the third fire we have experienced in a year and a half. It’s the biggest, and it’s also been the closest,” said Rebecca Hudson, who has lived in the neighborhood for a year. “We know how quickly it spread to begin with, so we are worried it will come back this way really quickly as well."

Ground crews, air tankers and helicopters responded and focused on the area, and fire officials said they were confident that the flames would not reach the homes. No evacuation orders were given.

“We’ve got six engines and a 20 person hand crew. The fire line is not going to get past them,” said Jason Curry, a fire information officer.

As residents feared the worst, many worked feverishly to clear brush and fire fuels around their homes. Fire officials say those precautions can be taken long before it becomes too late.

The fire is burning on both Bureau of Land Management and private land.

Investigators believe the fire was human-caused, but no specific cause was determined.

Currently, about 50 firefighters are working this incident, with 80 more scheduled to arrive in the morning. 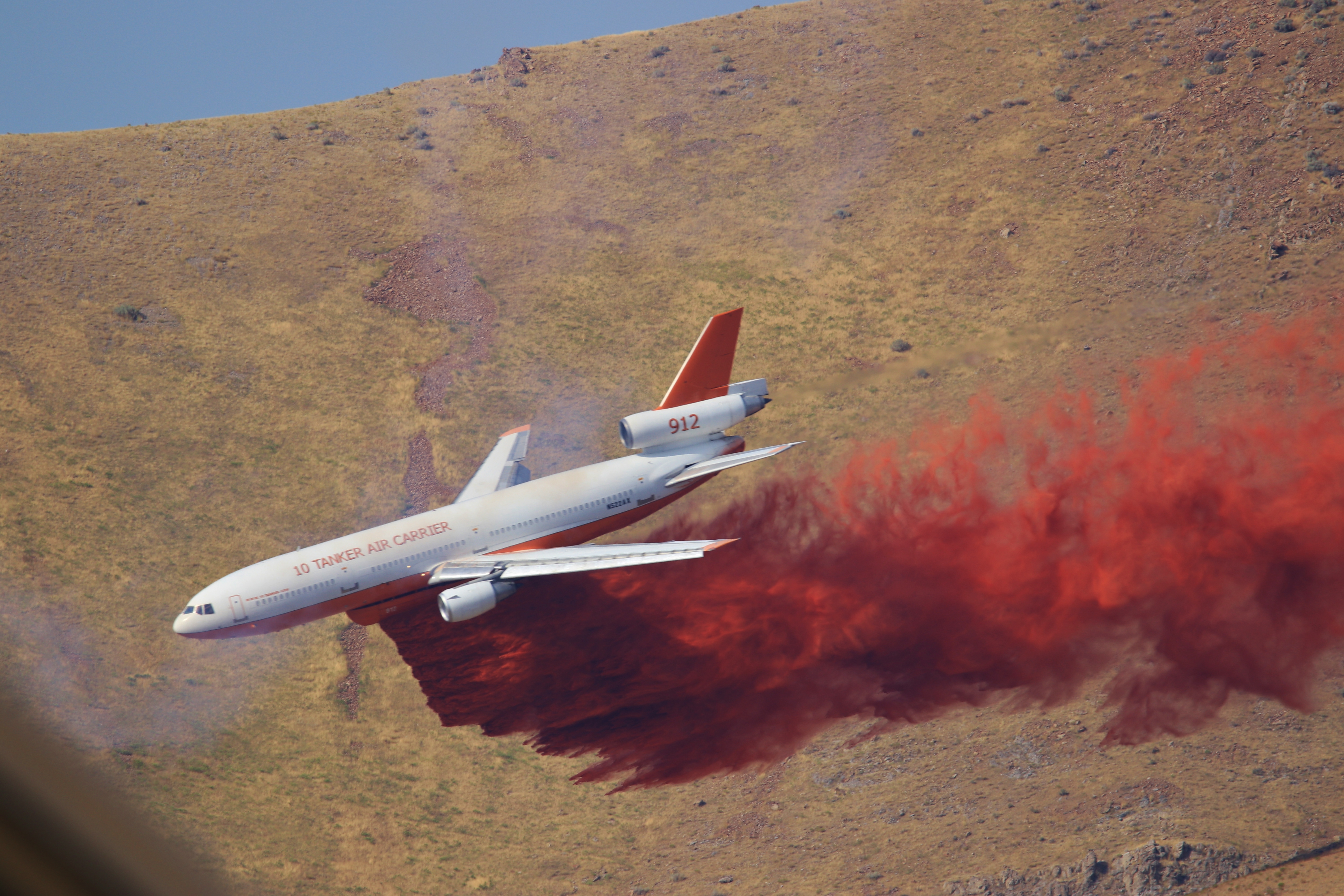