Tooele woman dies in crash on I-80 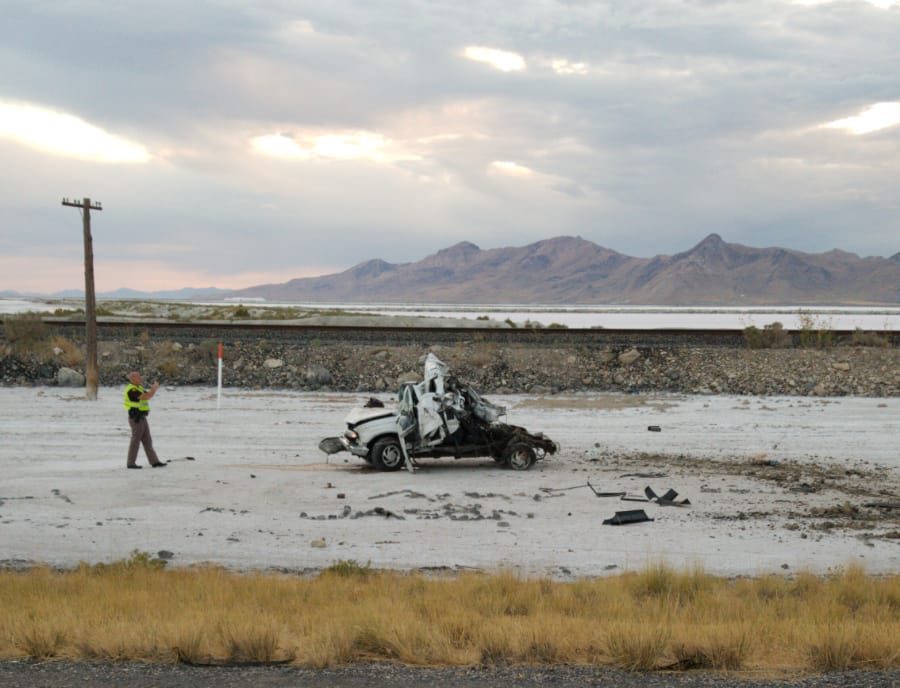 TOOELE, Utah — Utah Department of Public Safety officials have released the name of the woman who died Tuesday morning in a crash on I-80 in Tooele County.

Kristina L. Martinez, 53, of Tooele, was driving west on I-80 near mile marker 81 at the time of the crash. A news release from DPS said Martinez was in a 2000 Chevy Blazer that was traveling 35 mph—about 45 mph below the speed limit—due to a separated tire.

“[A Freightliner tractor trailer] ran into the rear of the slower moving Blazer, causing the Blazer to spun off the right shoulder of the roadway where it rolled,” a news release from DPS said.

The collision caused the Blazer to spin off the right shoulder and roll. Martinez was ejected from the Blazer and suffered fatal injuries. The Freightliner swerved into the median and also rolled, but the driver’s injuries were minor and treated at the scene.