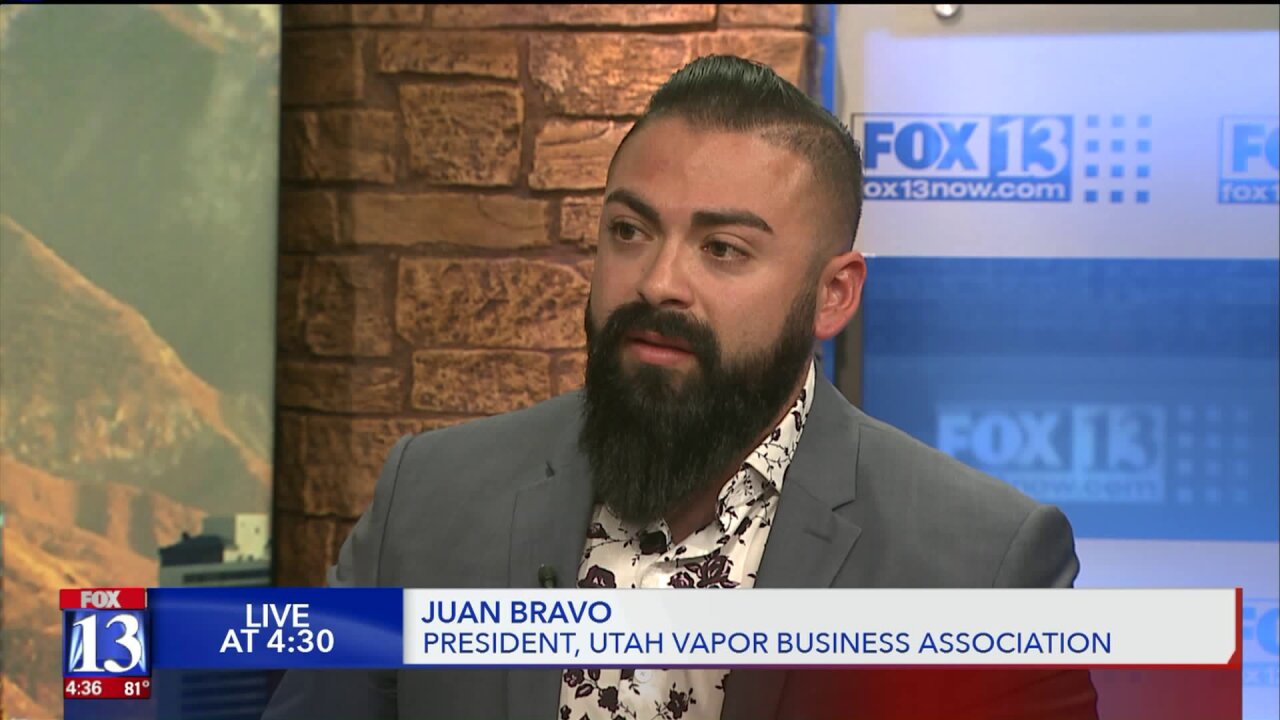 SALT LAKE CITY — With increasing concerns over vaping, Fox 13's Max Roth and Kelly Chapman sat down with Juan Bravo, the president of the Utah Vapor Business Association, to talk about the scrutiny surrounding the vaping industry.

Researchers at the University of Utah say it's too dangerous to vape, and at least one Utah lawmaker says most vaping products contain illicit substances.

On Wednesday, Rep. Paul Ray of Clearfield presented what he claimed was evidence that a lot of vape juice or e-liquid in Salt Lake County contains narcotics. The lab that did the tests acknowledges the tests is not particularly accurate, but the assertion was that vape shops owners are akin to drug dealers.

The mission of the Utah Vapor Business Association is to advocate for a reasonably regulated marketplace and promote a positive image for vapor products.

Bravo said there are strict rules in Utah as far as testing and that the tests that found opioids and other drugs in vape juice used urine test strips, which are known for false positives.