This electric ‘lounge on wheels’ could be yours — by subscription only 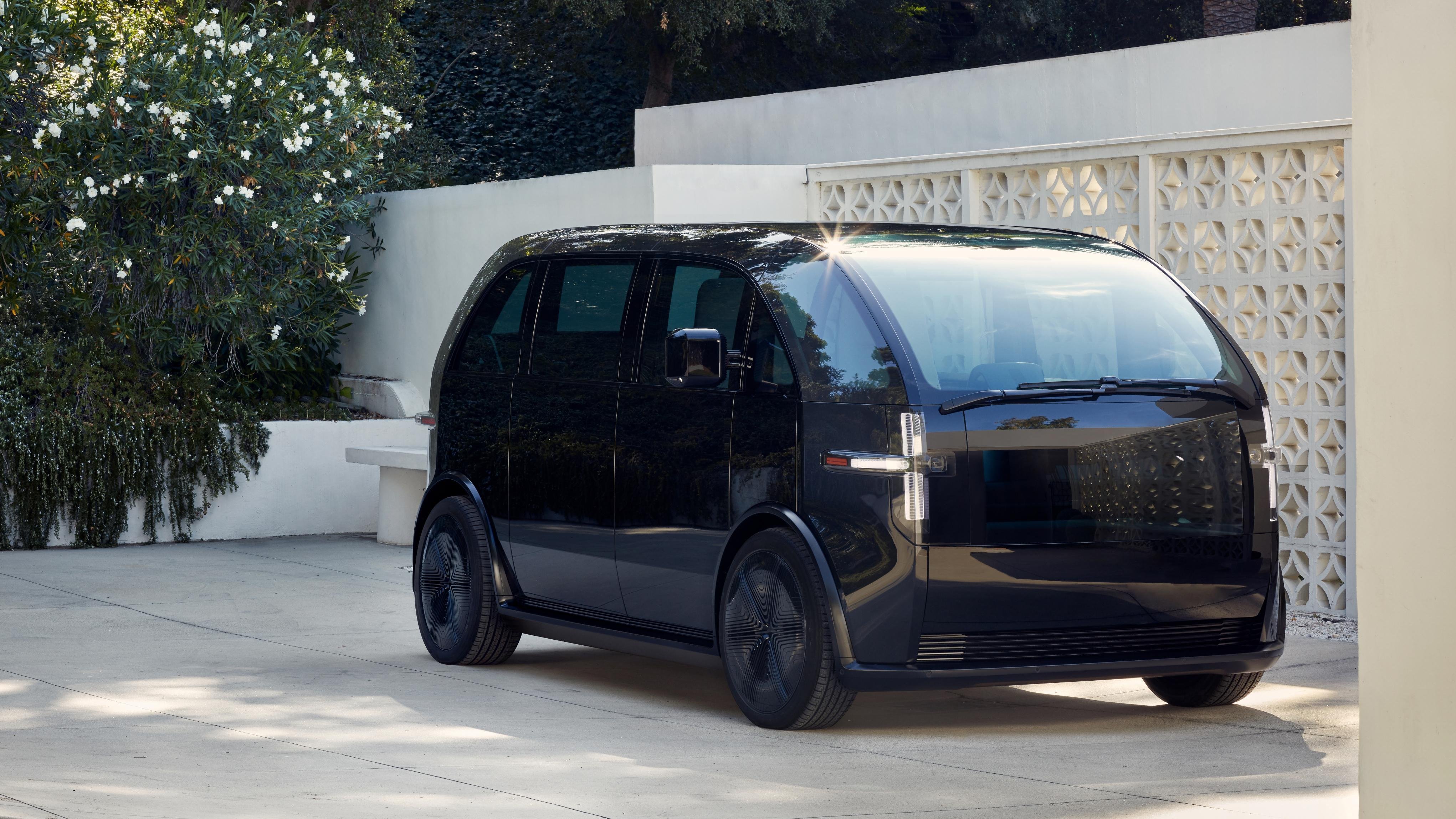 Canoo, a California-based electric car start-up, has revealed its first vehicle — a futuristic-looking electric vehicle designed to serve as a mobile living room.

The van-like vehicle, also called Canoo, will be available by subscription only and will not be offered for sale, the company said.

The Canoo’s design takes advantage of the fact that an electric vehicle doesn’t need space to house a big engine and a cooling apparatus. Batteries are in the floor of the vehicle, and the Canoo’s box-shaped body rides on top of that flat platform.

“We implemented the Bauhaus philosophy, which is centered around minimalism and functionality, and started with the reduction to the absolute minimal need,” Canoo’s lead designer, Richard Kim, said in a statement.

The Canoo looks like an appliance on wheels. Unlike a sporty performance sedan, it doesn’t have design elements expressing speed or agility. Unlike an SUV, nothing about it hints at even slight off-road capability. Its blunt-ended silhouette is reminiscent of a classic VW microbus. The top of the vehicle, from roughly shoulder height up, is almost entirely glass. Front to back, it’s slightly shorter than a Toyota Prius while having much more interior space, the company said.

“We call it the post-SUV,” said Ulrich Kranz, Canoo’s acting chief executive, “because it offers a commanding seating position, like in an SUV, and pretty much the same space as a large SUV but on a way smaller footprint.”

Among Canoo’s founders were executives who left Faraday Future, another California-based electric car start-up established in 2014 that is still working toward putting out its first production vehicle. Canoo’s founding chief executive, Stefan Krause, formerly an executive with BMW and then Faraday, stepped away from directing day-to-day operations in August but is expected to return to the role, said Kranz.

The company is primarily financed by three private investors Kranz would not name, but the company is also reaching out to other investors, he said.

Inside the new Canoo, the rear seats are arranged like a sectional sofa along the back and sides. There are even seats that extend from the back doors. The rear side doors swing out — like traditional car doors — instead of sliding like minivan doors. There is cargo space behind the back seats while larger items like bicycles can be strapped down in the center of the passenger area.

The Canoo has fully electronic steering, meaning there is no mechanical connection between the steering wheel and the front wheels. Instead, steering input travels electronically through wires from the steering wheel to the driving wheels. This minimizes the amount of space taken up by steering machinery.

It also allows the Canoo to have a rectangular steering wheel. Rectangular steering wheels are common on concept cars but are rare on real production cars because they’re awkward to use during tight maneuvers like U-turns and parking. A circular wheel is much easier to use in situations where it has to be turned over and over. With electronic steering, though, the front wheels can turn much more for tight, low-speed manuevers and less during gentle high-speed maneuvers in response to similar steering wheel movements, explained Kranz. There’s never any need to turn the wheel completely around.

Drivers will use their own phones or tablet devices to handle things like music and navigation, and even to control the vehicle’s heating and air conditioning using a downloadable app.

The Canoo will have various driver assistance and safety technologies, the company said. It will be equipped with an array of cameras as well as radar and sonar sensors for things like lane keeping assistance, automatic braking and traffic-aware cruise control that slows down for cars ahead. Like Tesla, Canoo plans to use software updates to improve the vehicle’s capabilities over time.

Instead of being sold or leased to customers, the Canoo will be offered by subscription. Subscribers would pay a monthly fee that could include registration costs, insurance, maintenance and charging costs. Customers would keep their vehicle, as with a lease, but they wouldn’t have to commit to a set time period. The company still hasn’t decided how the fees will be structured or what sorts of plans will be offered.

Subscription programs are an idea that have been tried, at least experimentally, by a number of luxury car companies including Volvo, Porsche and Mercedes-Benz. While appealing in theory, the concept hasn’t been broadly implemented so far.

The problem with car subscription programs has been that the all-inclusive monthly fees tend to be high, said Ivan Drury, an analyst with Edmunds.com. So far, the programs have appealed to only the wealthiest consumers.

Rather than operating through retail auto dealers, Canoo will deal with customers directly using mobile apps and websites, said Kranz. The fact that the company won’t sell its cars should help it avoid the sort of legal conflicts with established auto dealers that have troubled Tesla in some US states, he said.

Canoo plans to partner with a contract auto manufacturer so production of the cars can begin in 2021. Once the Canoo is in production, the company plans to offer other vehicles that share its basic engineering but with different body designs, Kranz said. For now, the company is focused solely on the Canoo.