What was the deal with that weird ‘gry Toyt’ Amber Alert message? 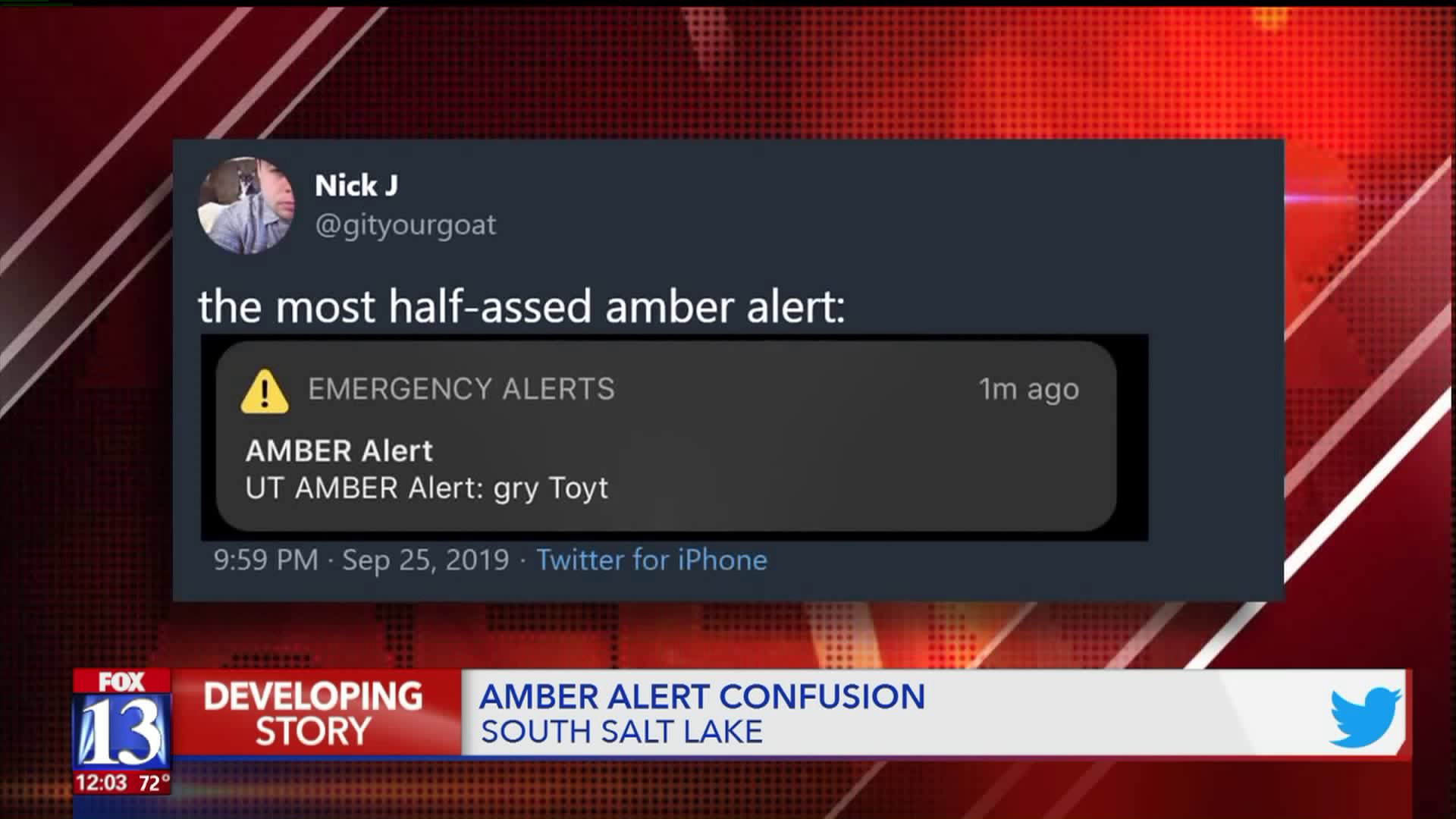 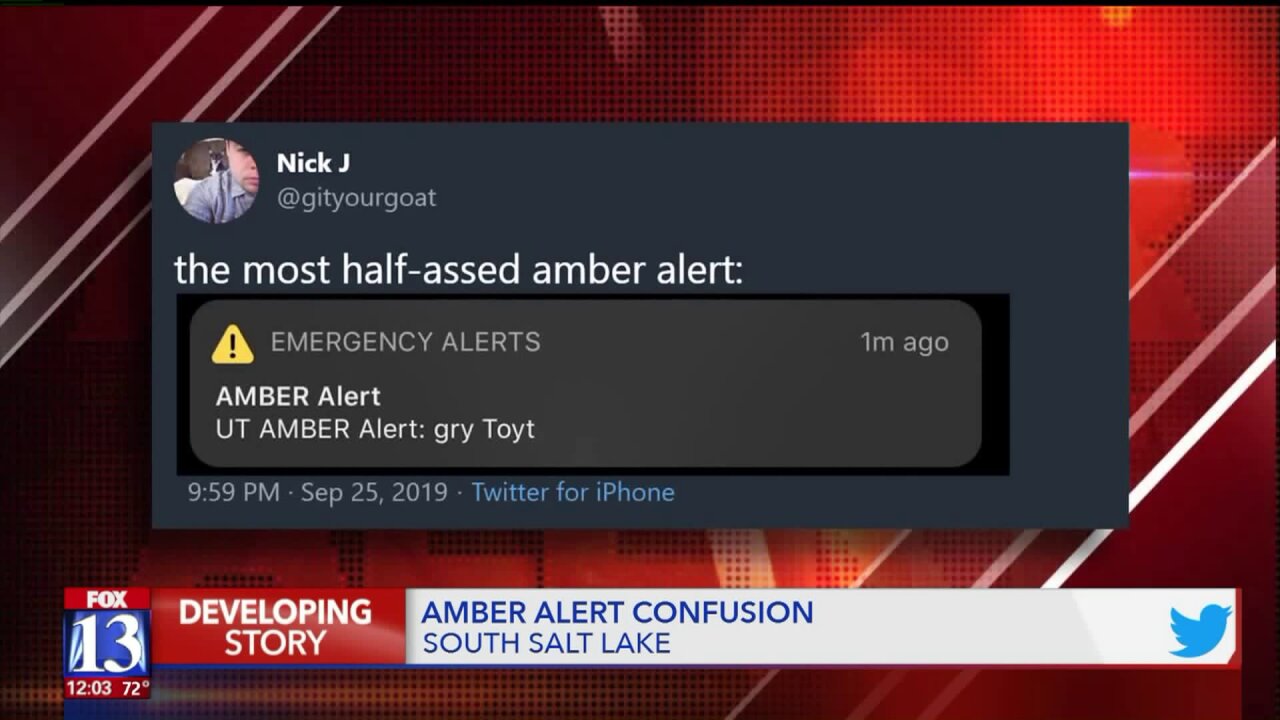 It quickly became clear that those letters referred to the gray Toyota 4-door vehicle that authorities were looking for in the search for Khaliyah Alvarez Caro.

But the original Amber Alert message provided zero context and prompted an immediate response on Twitter.

"The most half-assed amber alert," one Twitter user wrote.

"People surprised that the automated AMBER alert system sent out a weird alert, like the entire state of Hawaii wasn't told last year it was going to be obliterated," another one tweeted.

FOX 13 asked the Utah Department of Public Safety about the unusual message, and they referred us to the Valley Emergency Communications Center (the main dispatching agency for the Salt Lake Valley). VECC worked with South Salt Lake Police to initiate the message. Everyone involved knows the initial message wasn't perfect, and they say they'll work together to avoid a similar situation in the future.

"We wish we had all the information all at one time and with time on our side so we could script something better to go out," said South Salt Lake Police spokesman Gary Keller. "We were right at the news hour and we wanted to get this out during the news hour and get their faces out there on the air so the viewers could alert us."

Officials, while acknowledging more training is needed, want to stress the positive outcome in Wednesday's Amber Alert situation. Baby Khaliyah was found safe and her biological parents were taken into custody in connection with her abduction.