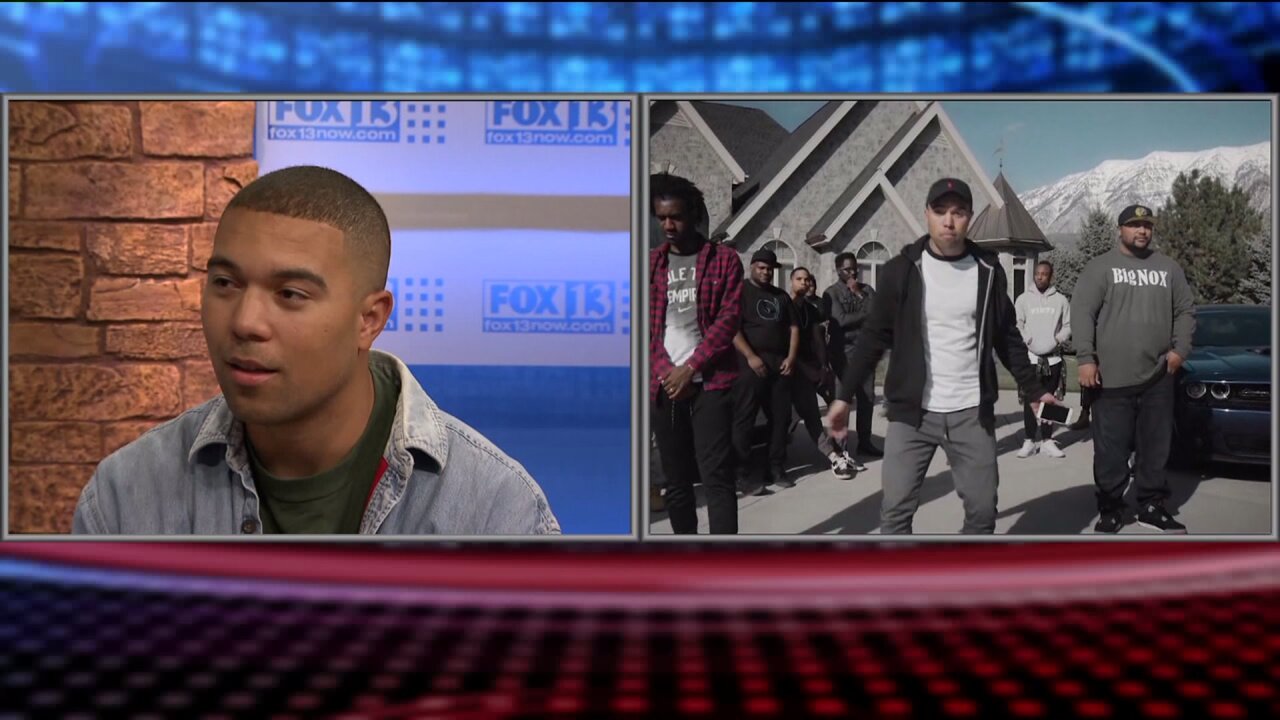 SALT LAKE CITY — He has been at the top of the Billboard rap charts and had #1 iTunes releases, but James Curran still isn't happy.

As "James the Mormon" and then "JTM," He's had success in some corners of the Latter-day Saint community. But that isn't necessarily the audience he's going after.

Couple with that his distinct impression that half the people he goes to church with don't like him, he is still searching.

Fox 13's Bob Evans sat down with James and asked him three questions: