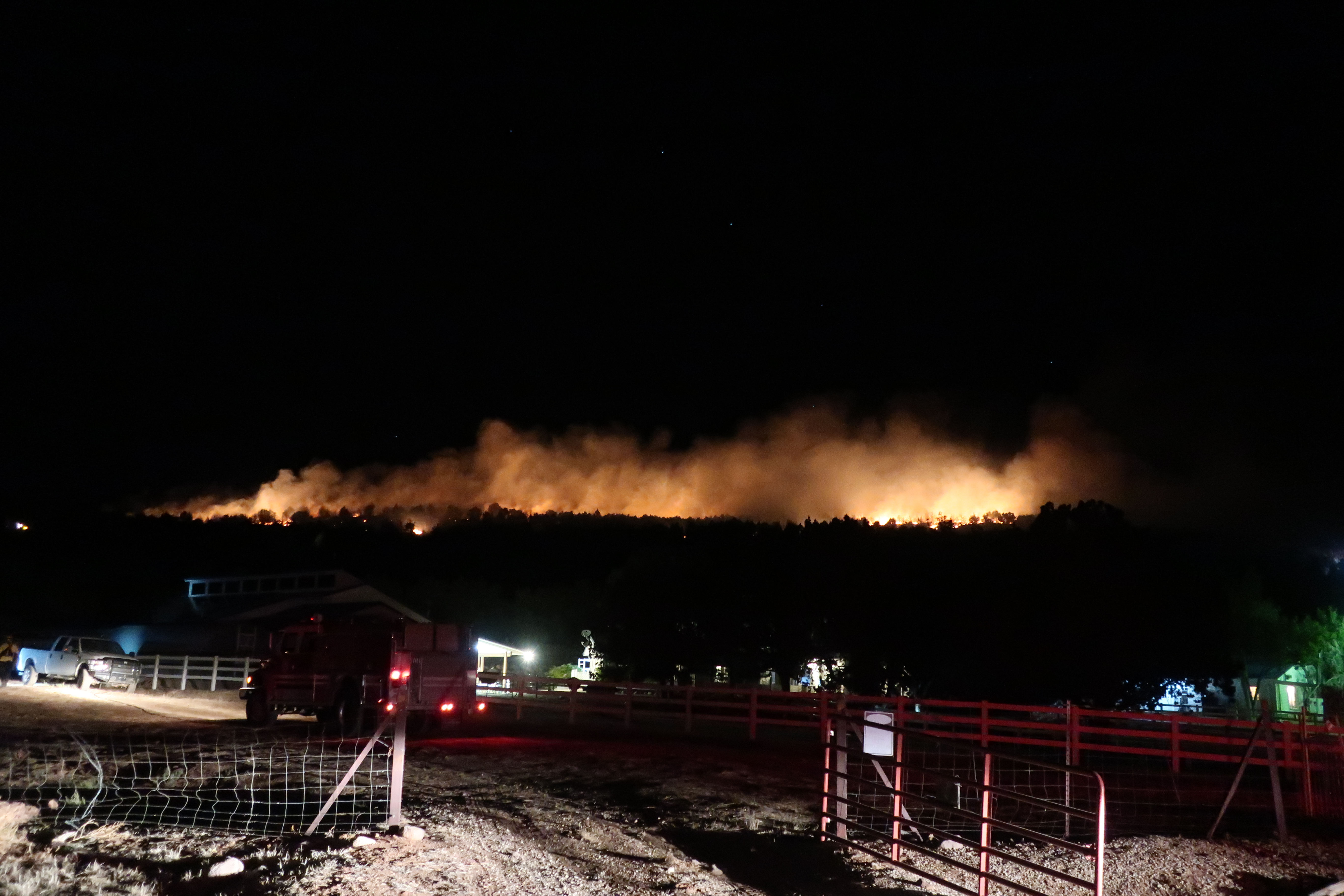 PINTURA, Utah — Two homes were threatened by a fire that ignited near I-15 in southern Utah Thursday night, and crews are mopping up hotspots Friday morning.

State fire officials stated the Spirit Fire was burning on 10 acres near mile marker 31 along I-15, near the small town of Pintura.

Two homes and three outbuildings were threatened by the blaze, which is believed to be human-caused, Thursday night. As of Friday morning, officials say crews are now working on hot spots and mopping up.

The exact cause of the fire is still under investigation.

Eight engines, a water tender and one bulldozer were sent to the fight the brush fire.