OREM, Utah — After a fire destroyed a 12-unit condo building in Orem, one woman is just thankful she and all her neighbors got out safely — and that her photo album survived.

Fire investigators are still looking into what caused the flames to spread so quickly, leaving several families displaced from the complex on Garden Park Drive.

Dora Schoenfeld has lived in her condo since 2005. She heard a knock on her door at 3 a.m. telling her to evacuate.

She didn’t have much time to react as the chaos unfolded.

“I was almost in shock. So I just got out with the clothes on my back basically,” Schoenfeld said.

This isn’t the first time Schoenfeld has dealt with a tragedy.

“I’ve lost two sons and a husband. Now, I’ve lost my home,” Schoenfeld said. “I have some very special things in there. I hope I can get those photos back but that’s life. Life goes on and we try to stay cheerful and hopeful.”

The Orem Fire Department hopes to shore up the building before it’s demolished so residents can go inside and retrieve their belongings.

The next day, the firefighters retrieved Schoenfeld's photo albums and reunited her with them.

Fire officials say nobody was injured. As she waits to rebuild, Dora believes that is the most important fact to emerge from the fire.

The Red Cross is assisting those families who lost their homes.

The firefighters also didn't have much time to prepare for the blaze. Battalion Chief Robbie Asbell said they had just finished up with another call before rushing to the building. 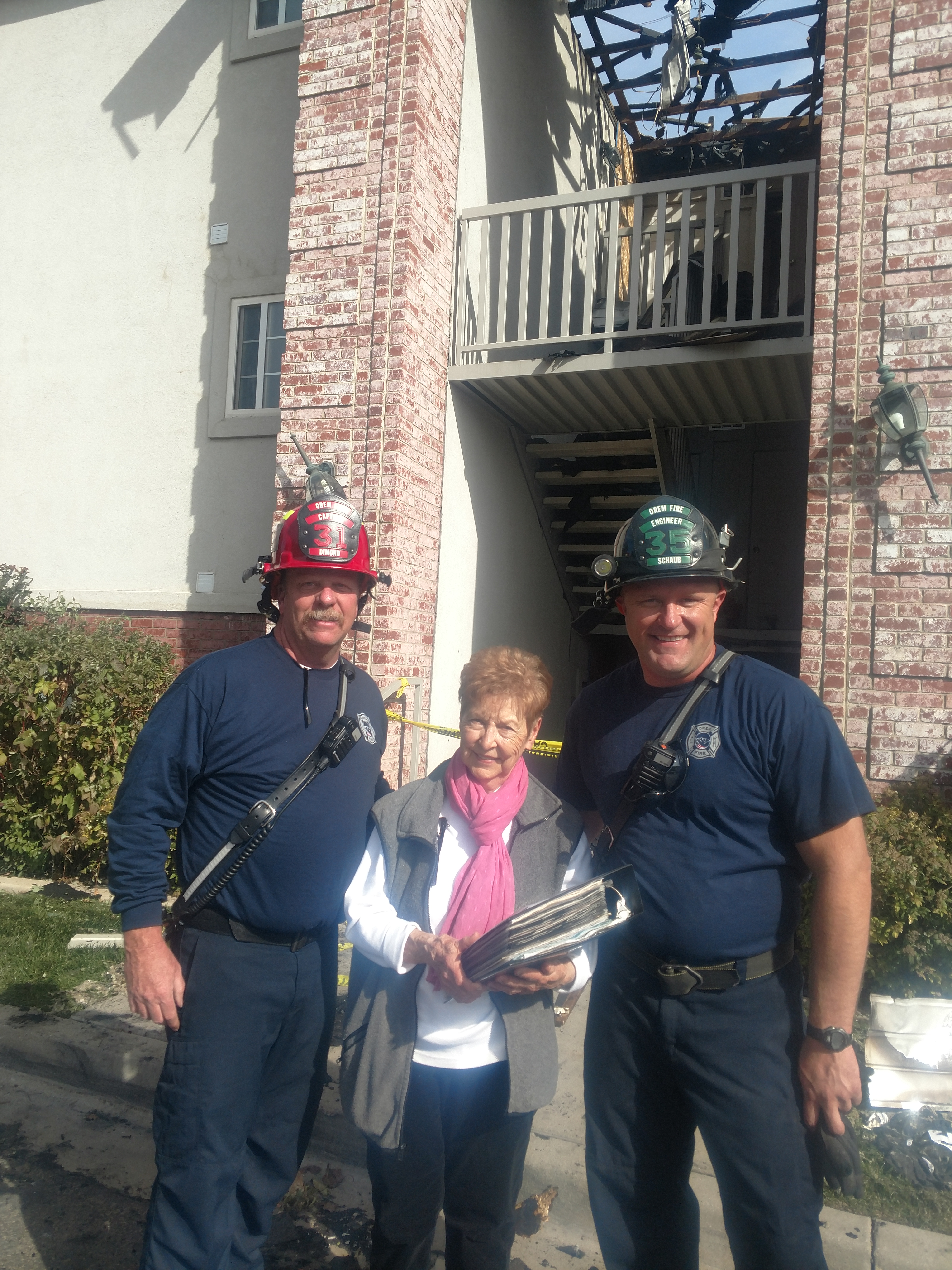