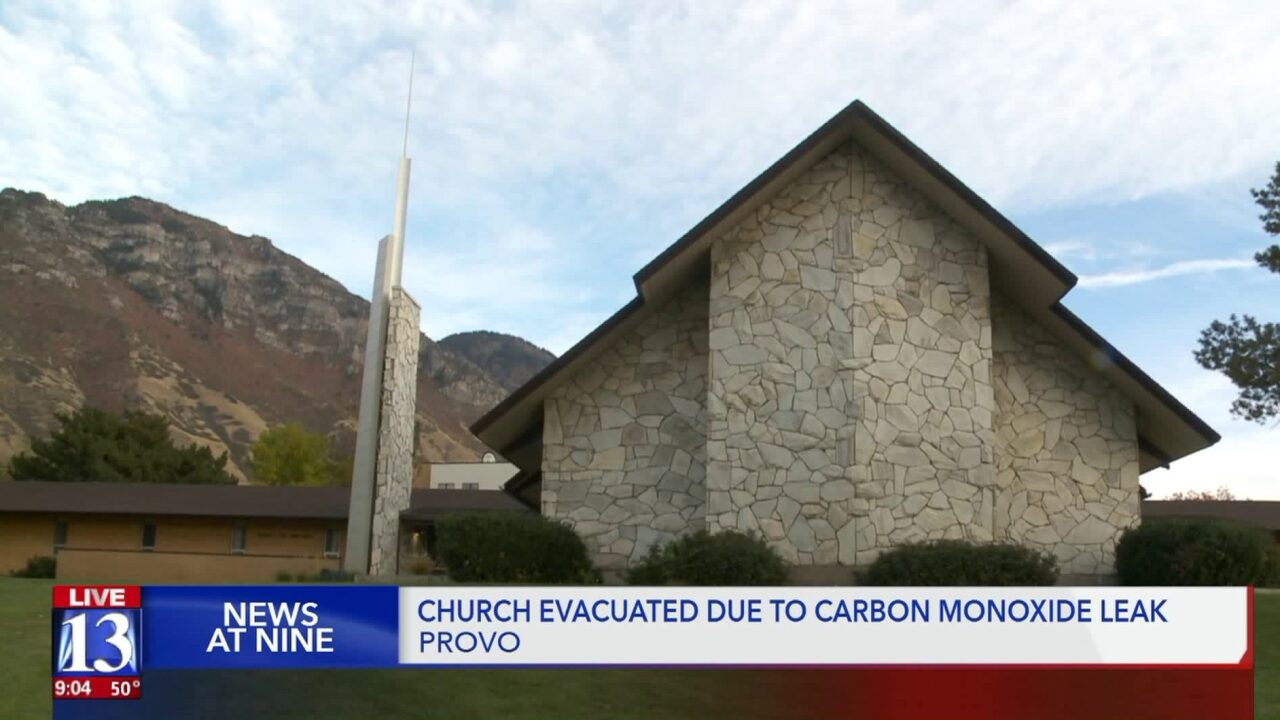 PROVO, Utah — Dozens of members of The Church of Jesus Christ of Latter-day Saints were taken to hospitals for medical treatment after a Provo meetinghouse was discovered full of carbon monoxide.

Provo Fire Department crews responded to the church building on Stadium Avenue just after 11 a.m. on a report of a woman becoming ill. When crews arrived, they found the church full of carbon monoxide, according to department spokeswoman Jeannie Atherton. The building was evacuated.

Most people inside the building felt better after getting outside and breathing fresh air, Atherton said, but one was transported to Utah Valley Hospital by ambulance and several others were taken in personal vehicles.

Intermountain Healthcare stated Monday that 59 people were treated in their facilities and 29 of those needed hyperbaric treatment.

Dominion Energy determined the source of the leak was a furnace boiler used to heat the church, which officials said is a relatively old building.