Two men have been charged for poaching thousands of Florida turtles and selling them illegally, according to the Florida Fish and Wildlife Conservation Commission.

The “charges represent the state’s largest seizure of turtles in recent history,” the FWC said in a statement on Friday.

More than 4,000 turtles comprising a range of native species were illegally captured and sold over six months, the commission said. The turtles were worth $200,000 on the black market.

“The illegal trade of turtles is having a global impact on many turtle species and our ecosystems,” said Eric Sutton, the FWC’s executive director.

After receiving a tip in February 2018, the FWC launched an undercover investigation where they discovered a ring of traffickers who were selling wild turtles to reptile dealers and distributors.

The suspects had taken so many turtles from targeted habitats that populations were depleted, the commission said.

“Wild turtle populations cannot sustain the level of harvest that took place here,” said Brooke Talley, the FWC’s reptile and amphibian conservation coordinator. “This will likely have consequences for the entire ecosystem and is a detriment for our citizens and future generations.”

Investigators served a search warrant on August 12, during which they found hundreds of turtles and the skull and shell of a Kemp’s Ridley sea turtle, the most endangered species of sea turtles.

The suspects sold the turtles for cash and marijuana products, the commission said. Both suspects face a variety of poaching-related charges.

While the turtles were sold in Florida, they were sold to buyers who shipped them overseas, specifically in Asia where they were bought as pets. Depending upon the species, the commission said the poached turtles sold wholesale for up to $300 each and retailed for as much as $10,000 each in Asia.

“Over 600 turtles were returned to the wild, two dozen were quarantined and released at a later date, and a handful were retained by a captive wildlife licensee since they were not native to the area,” the commission said.

“We commend our law enforcement’s work to address the crisis of illegal wildlife trafficking,” said Sutton. 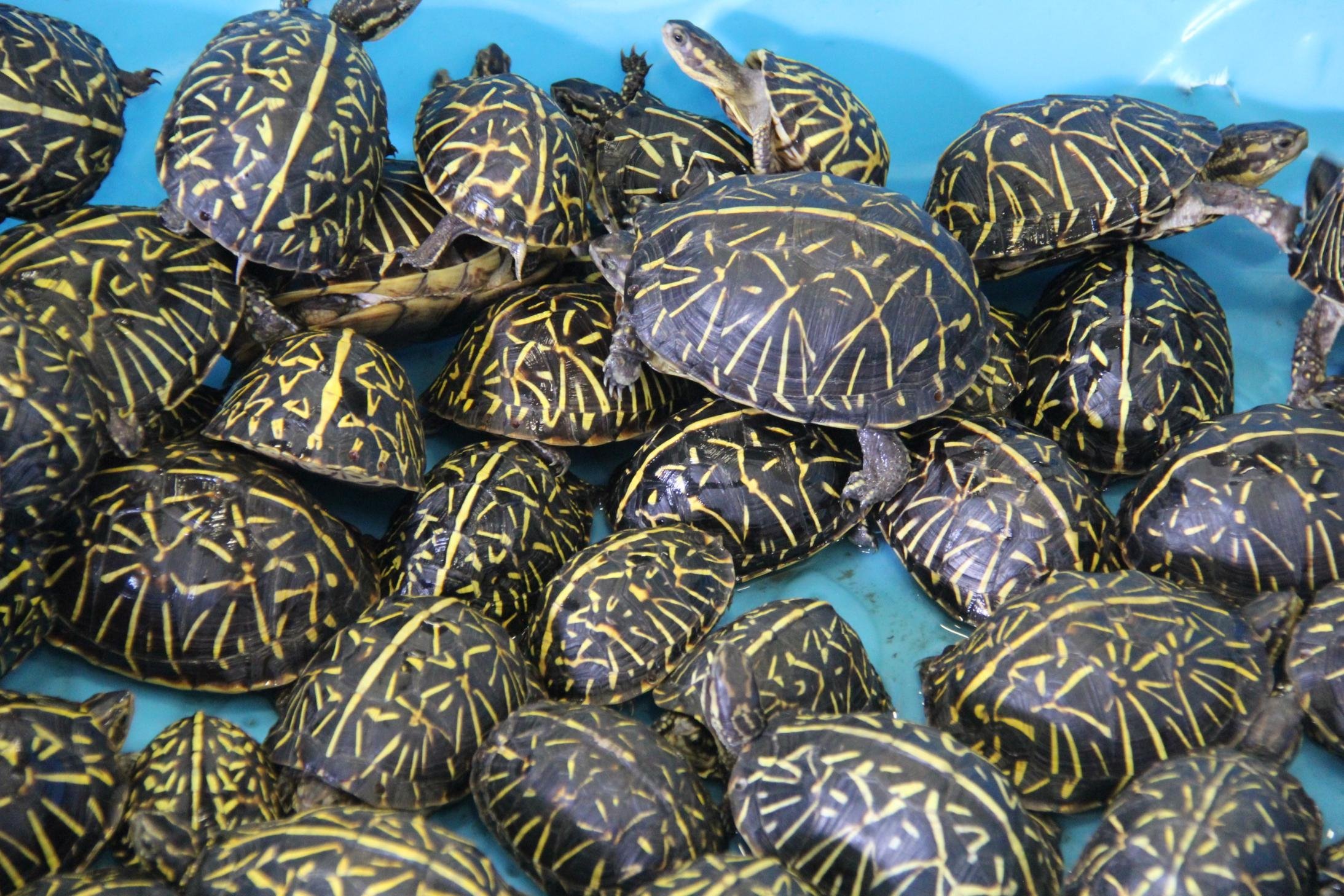