3 Questions with Bob Evans: Jon Huntsman Jr. on plans for his future 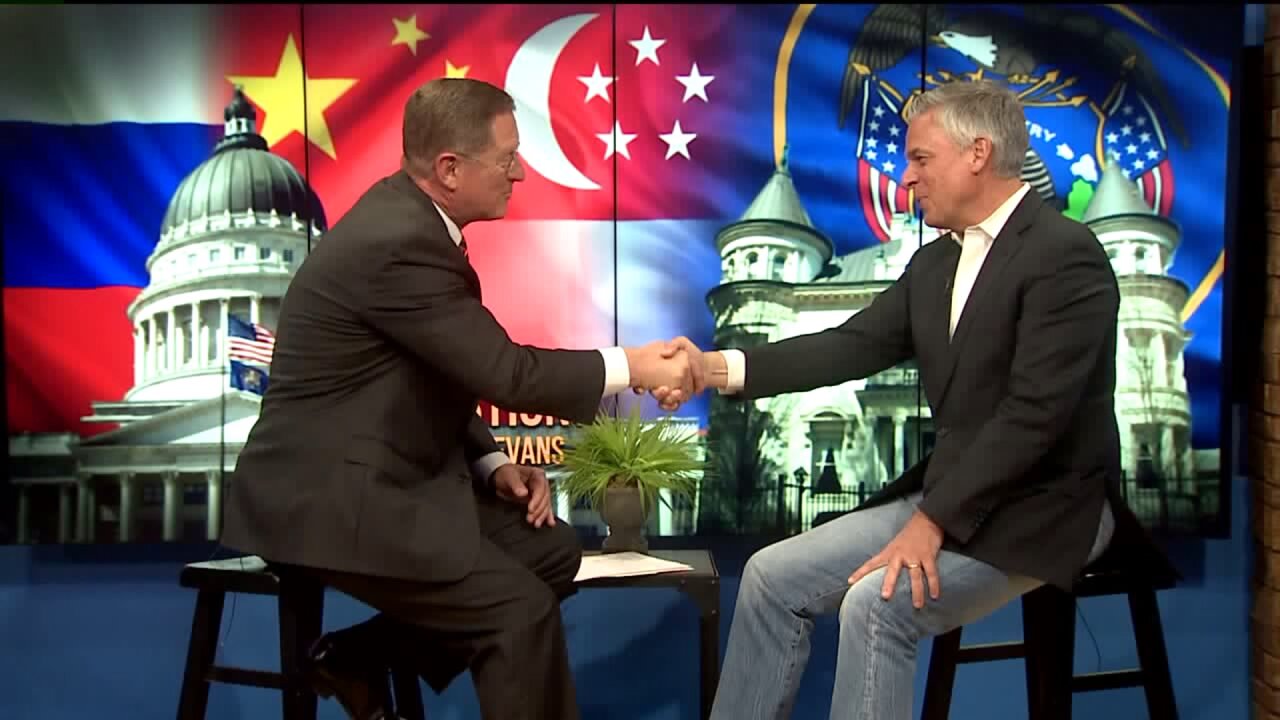 SALT LAKE CITY -- Jon Huntsman Jr. is back in Utah after one of the most difficult assignments in the United States government, U.S. Ambassador to Russia.

Now he's weighing his options, and with ambassadorships in China and Singapore as well along with a run for president and service as Utah's Governor, he has plenty of options.

The option getting most attention is whether he'll try to get his old job back as Utah's chief executive.

He sat down with Bob Evans who asked him 3 questions.

1- What factors are you considering in deciding whether to run for governor?

2- How difficult was it as U.S. Ambassador to Russia?

3- Should President Donald Trump be elected?