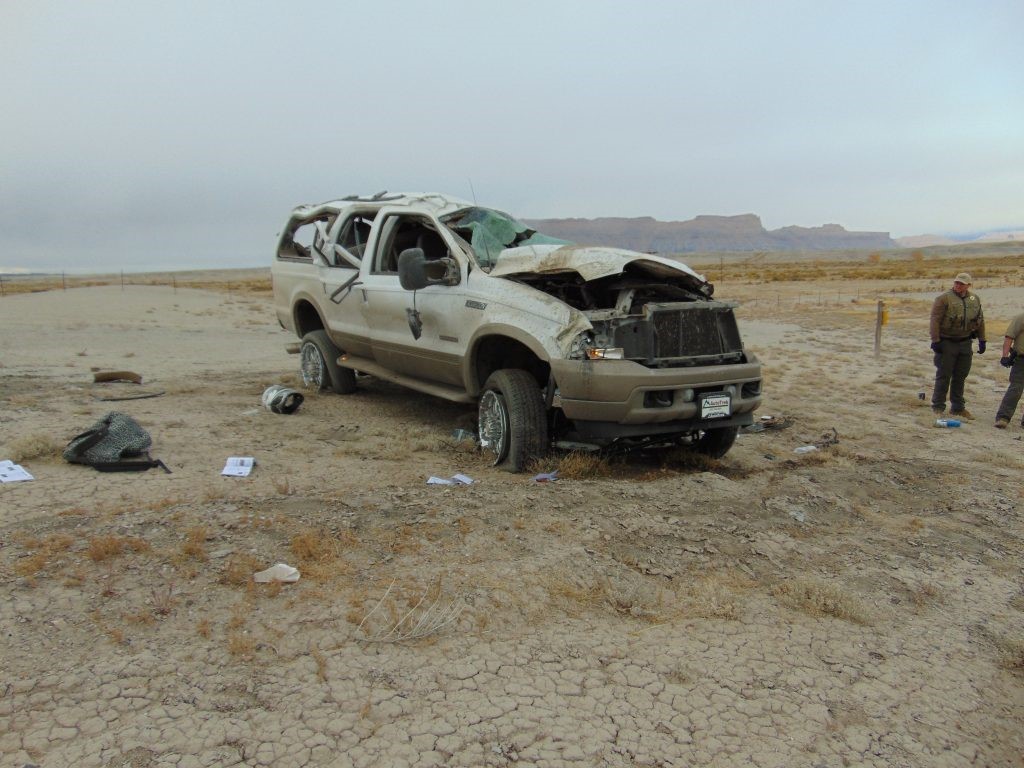 GREEN RIVER, Utah — Two people from California were killed Sunday afternoon in a crash on I-70 near Green River.

According to the Utah Highway Patrol, 38-year-old Starla J Leal and 29-year-old Trevor J Manning of Huntington Beach, Calif. died after they were involved in a rollover crash.

A news release from UHP said the crash happened shortly before 4 p.m. near milepost 157, about four miles west of Green River when the vehicle. Leal and Manning were traveling west in a white 2003 Ford Excursion when the vehicle briefly left the road onto the westbound shoulder of the median, the news release said.

“Steering input brought the vehicle back onto and across both westbound travel lanes. The vehicle then exited off the north side of the interstate and began to travel on the westbound shoulder. The vehicle over-turned at least one complete time and came to final rest–upright–facing south,” the news release said.

Neither Leal nor Manning were both unrestrained and ejected from the vehicle, according to UHP. Leal died at the scene and Manning died a short time later at a hospital.