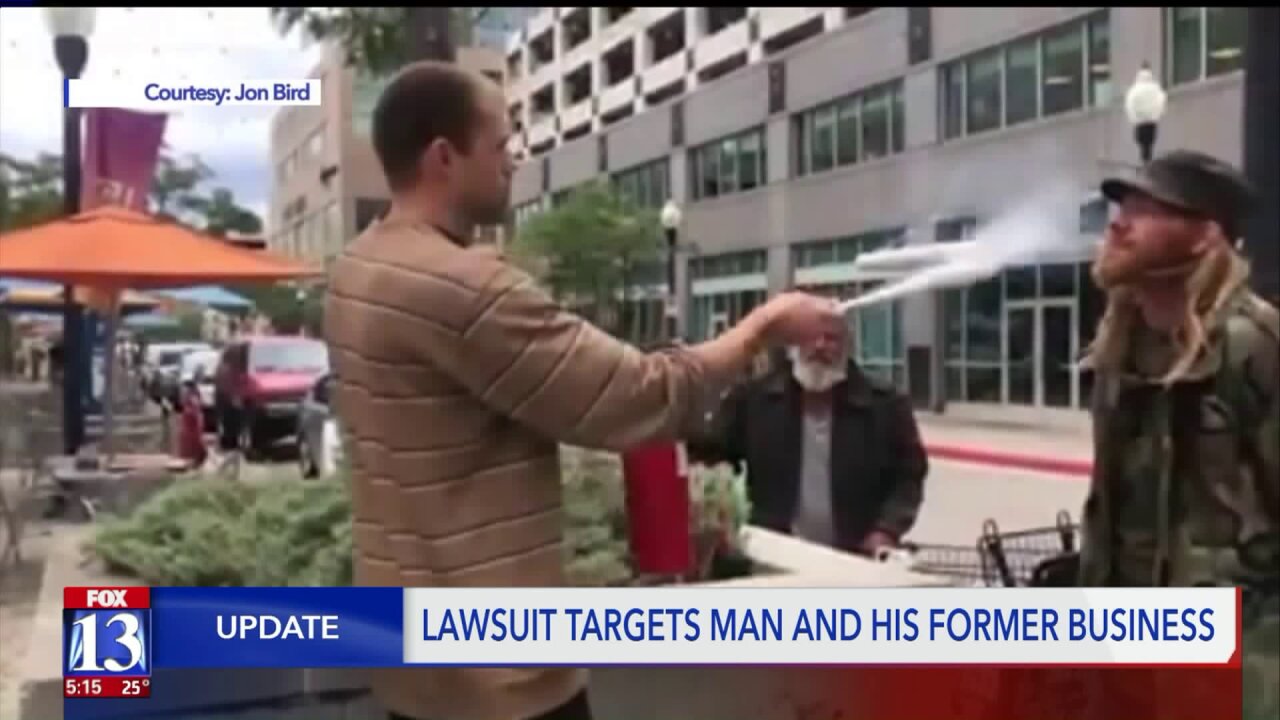 SALT LAKE CITY — The Utah man sprayed in the face with a fire extinguisher at Gallivan Plaza is officially suing a former restaurant owner accused of the assault.

The lawsuit filed yesterday accuses Alex Jamison of illegally separating himself from his three restaurants just days after the alleged assault captured on a now viral video.

“We look at the video like it was a smoking gun,” attorney Christian Burridge said.

Jonathan Bird was volunteering for the Urban Arts Festival, directing traffic at Gallivan Plaza, when he lit a cigarette on on September 20.

Bird insists he was in an approved area at Gallivan Plaza when Alex Jamison came out of his nearby restaurant with a fire extinguisher.

“There is nothing that justifies shooting somebody from point-blank range with a fire extinguisher in defense of other people’s air,” attorney Kyle Adams said.

Three days later, the lawsuit argues Jamison gave away all of his business to his partner.

“This is inappropriate behavior and outrageous conduct,” Burridge said.

The lawsuit argues Jamison knew his actions would “likely going to result in a lawsuit” and he tried to “keep [Bird] from seeking compensation from the businesses.”

“They did that specifically to avoid creditors and under Utah law, if you are doing this with a fraudulent intent, there are certain consequences that come from that,” Adams said.

Bird is suing for assault, battery and emotional distress.

Salt Lake City police investigated the incident and sent their findings to the county attorney’s office to be reviewed for charges.

Our repeated attempts to reach Jamison were unsuccessful.