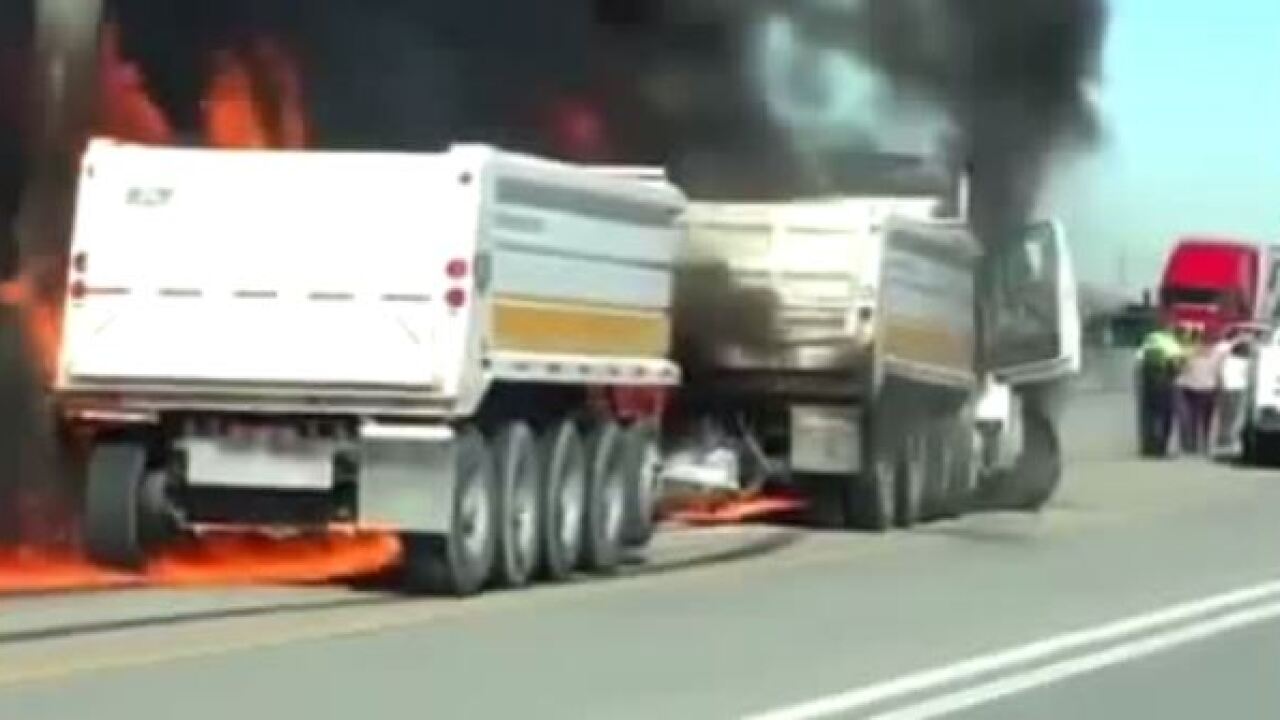 SOUTH SALT LAKE, Utah — A crash on I-15 is causing traffic delays in the South Salt Lake area Wednesday.

The Utah Department of Transportation reports the crash happened shortly before 10 a.m. in the northbound lanes of I-15 near milepost 303, at approximately 3800 S.

The truck pushed the barrier wall about six feet into the southbound lanes of I-15.

As the truck scraped against the barrier wall, the dump truck trailer caught fire and burned to the ground, the UHP spokesman said.

UHP officials said they may need a crane to get the vehicle off the interstate, and they hope to have the scene cleared in time for Wednesday’s evening commute.

No other vehicles were involved in the crash and no one else was hurt.