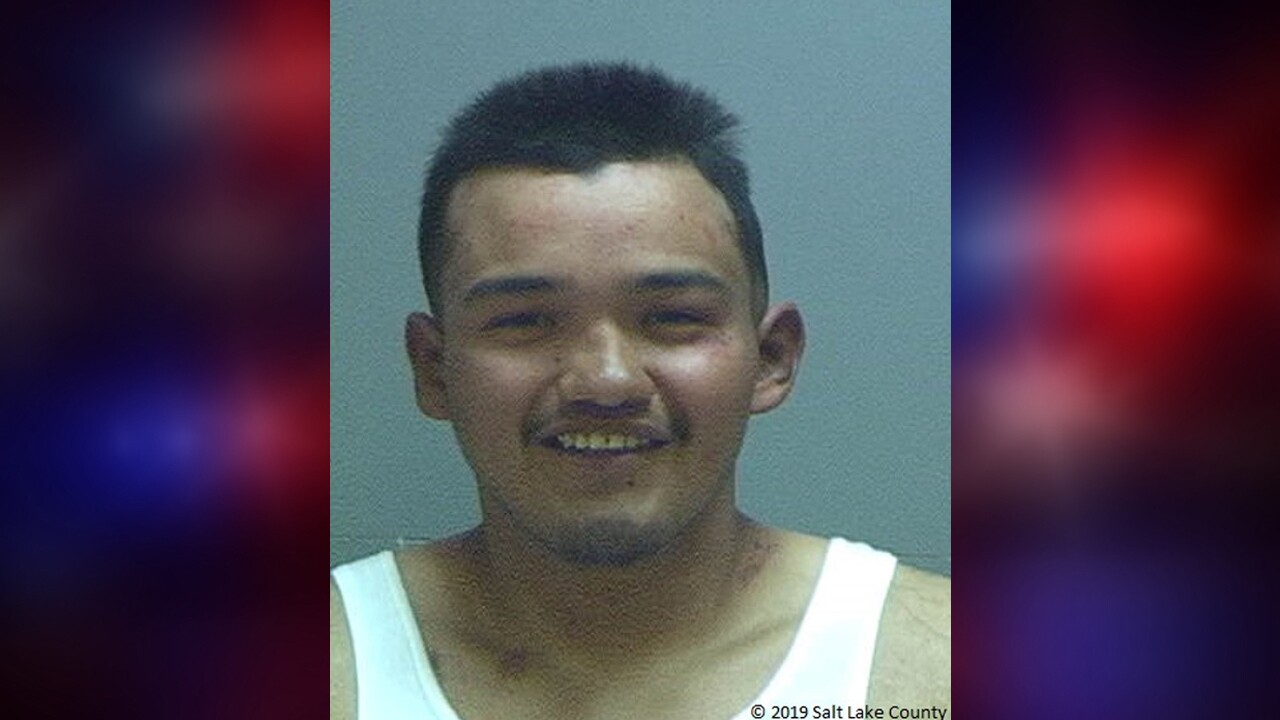 SALT LAKE CITY — A man was arrested early Sunday morning after police say he assaulted multiple police officers who attempted to stop him from fighting with another man outside of a bar in downtown Salt Lake City.

Officers who were already in the area reported seeing Sergio Rodriguez, 23, punching and kicking another person in the face during a fight involving multiple people outside Button Down Sports Bar and Club on Pierpont Avenue.

As officers attempted to deescalate the situation, Rodriguez reportedly kicked an officer in the groin and continued to punch the victim. Police said he physically resisted as multiple officers took extra steps to restrain him and take him into custody.

Lt. Mike Hatch described "The WRAP" restraint used in the incident as a safer version of a straightjacket.

"He was definitely riled up and needed that, and we only use that in extreme circumstances," Hatch said. "When you actively assault a police officer, it's probably not your first rodeo."

Aside from the kick to the groin, the injured officer also sustained bumps, bruises, and an injury to his hand, but nothing serious enough to go to the hospital.

"He's an experienced officer," Hatch said. "Everything that I've read about the report, he acted correctly in this situation."

The incident comes just a few days after Button Down received permission from a judge to sell alcohol for the first time since its license was revoked last month. The DABC has accused the bar of not properly disclosing information about its ownership.

FOX 13 reached out to Button Down's management team since the arrest but did not receive a response.

"There were some shots fired years ago, but it was completely different then. I'm sure it has nothing to do with the new ownership," Hatch said. "There's several clubs in the area, so (the suspect) could have been coming out any one of those clubs."

Rodriguez was booked in the Salt Lake County Jail on suspicion of aggravated assault, assault on a police officer, assault by a prisoner, interfering with an arresting officer, disorderly conduct, failure to disclose identity, and intoxication.