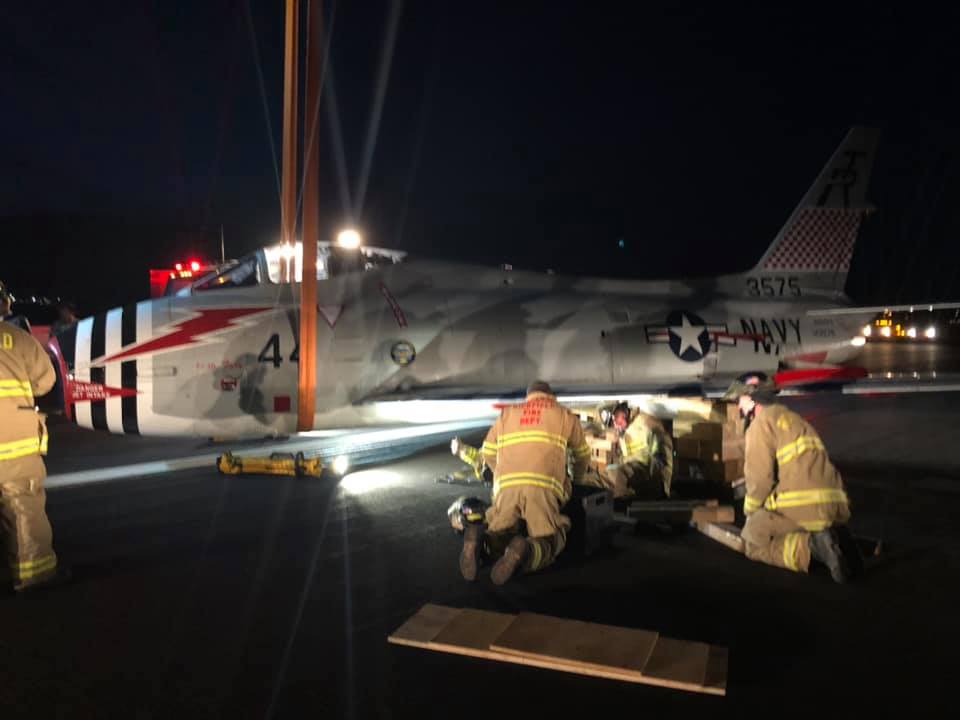 A MiG and an old Navy Fury were preparing to land when the pilot of the Fury failed to extend its landing gear and was forced to belly land the plane.

No injuries were reported but fire crews were on scene to help remove the plane from the runway.

The FJ-4 Fury is an American fighter bomber that was used by the US Navy in the 50s, before being phased out in the 1960s.

This particular plane model with serial number “3575” is the only plane of its kind still airborne according to the FAA database.