At least 10 people were shot, 4 fatally, at a backyard football watch party in Fresno, California 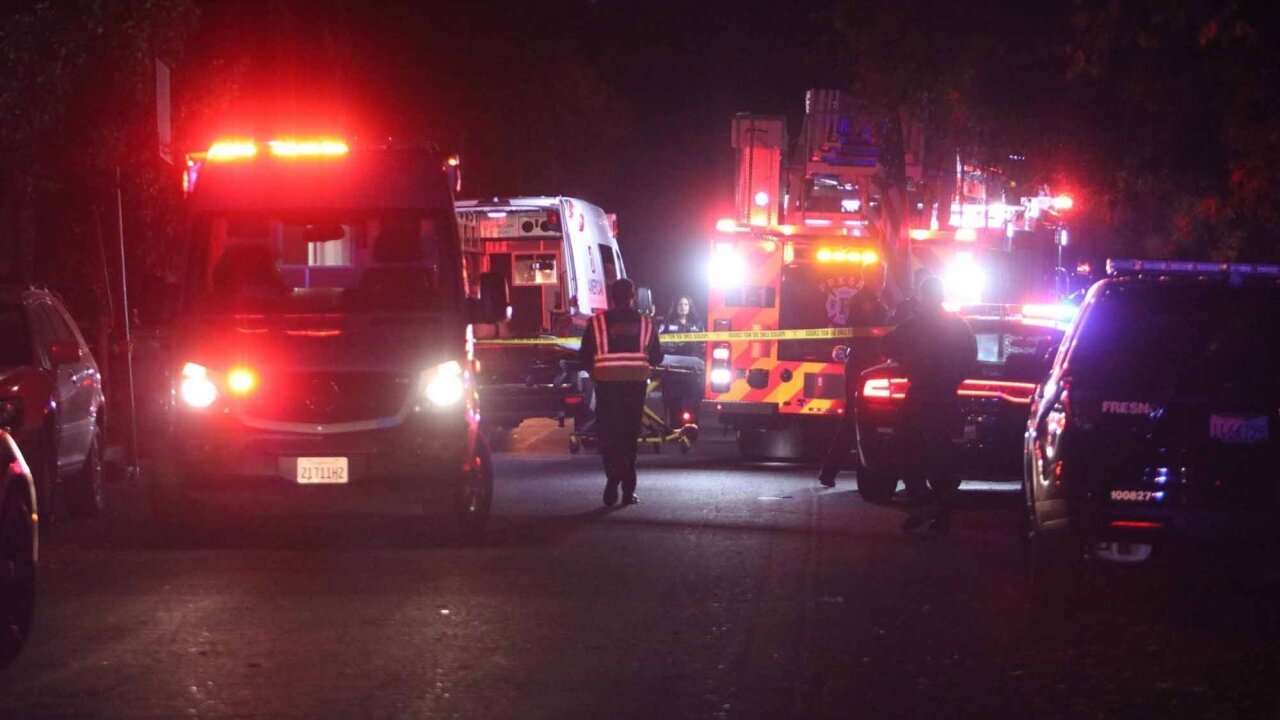 A group of family and friends were gathered in a backyard to watch a football game when a gunman walked up and began shooting, killing four people and wounding six others, according to authorities in Fresno, California.

A group of family and friends were gathered in a backyard Sunday to watch a football game when a gunman walked up and began shooting, killing four young men and wounding six others, police in Fresno, California, said.

About 35 to 40 people were at the house, including several children, when the suspect — who remains on the loose — began shooting into the crowd, according to police.

“Somebody came up on foot, possibly at least one suspect and began firing,” Fresno Deputy Police Chief Michael Reid said. “They fired into the backyard where most of the people were in this party, striking 10 people.”

There was no immediate indication the suspect knew the victims, Reid said. There was also no indication the shooting was gang-related, “but that’s something that we’re going to look at,” he said.

The victims killed were Asian men between the ages of 25 and 30 years old, Reid said. Three of them were pronounced dead at the scene. The other was transported to Community Regional Medical Center where he died of his injuries.

Five additional victims were taken to CRMC with non-life-threatening gunshot wounds, Reid said. Another man was taken to a different hospital where he was treated for a graze wound.

“My heart goes out to the families that are victims of this senseless violence,” Reid said. “We are going to do everything we can to find out who the perpetrators are and bring them to justice.”

Police are going door-to-door looking for surveillance footage that could aid investigators and witnesses who may have information on the suspect, Dooley said.

There was no history of calls for service at the home where the shooting took place, Reid said.