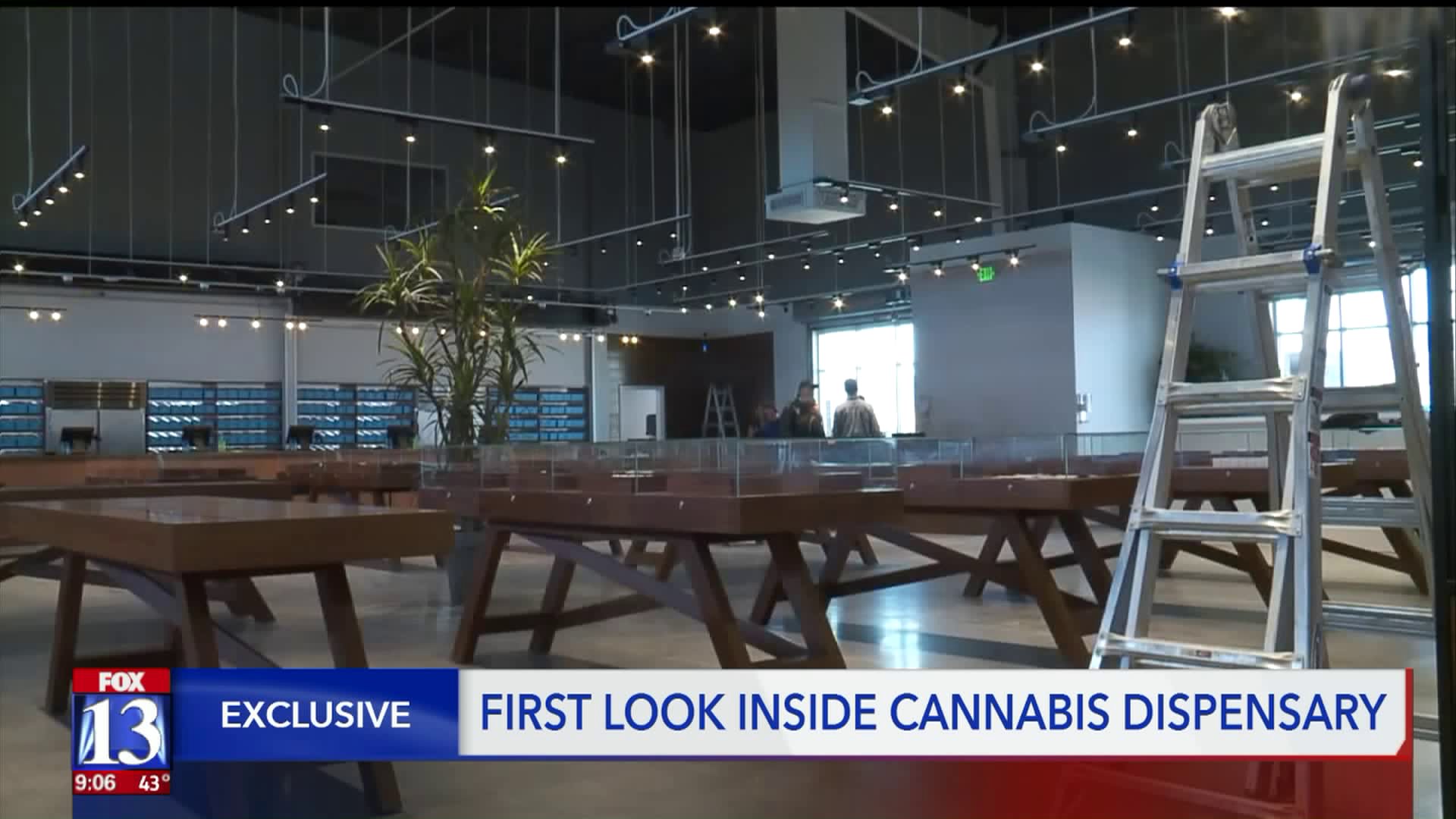 Just down the road from the casinos, Deep Roots Harvest is preparing to open West Wendover`s first-ever marijuana dispensary. 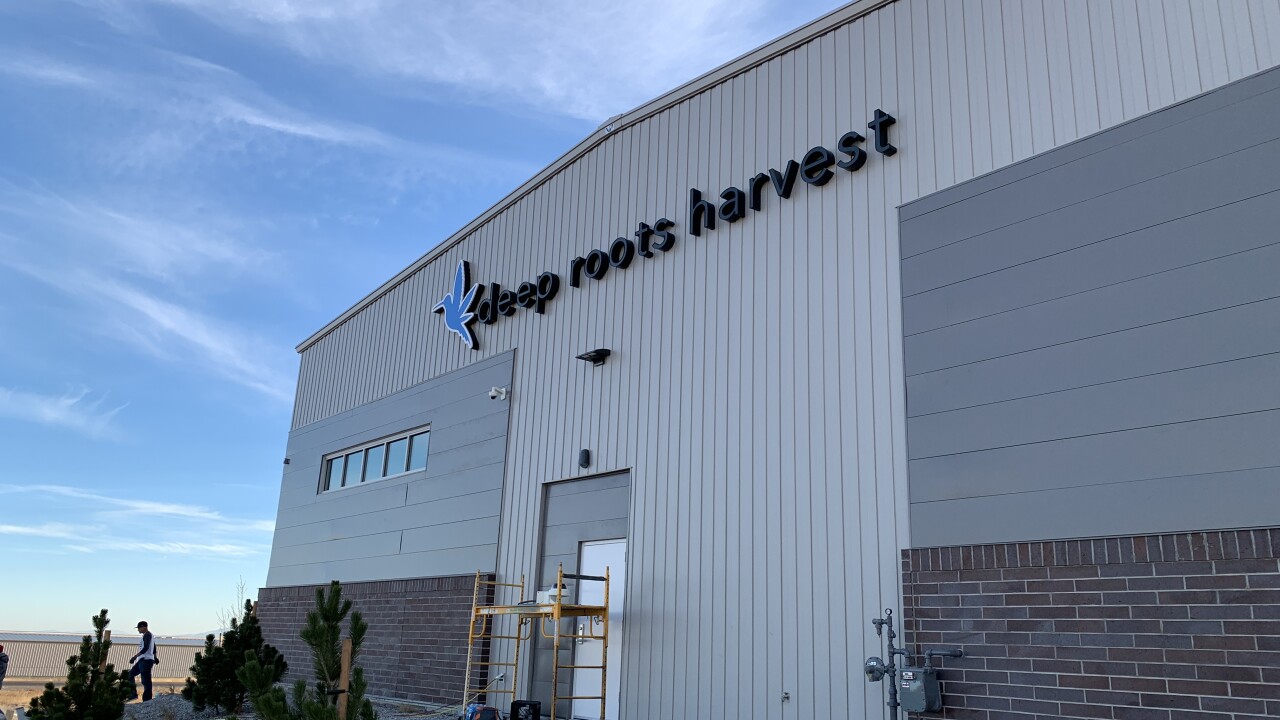 On Monday, the Mesquite-based dispensary invited FOX 13 inside to tour its sleek new store. It could open by the end of this week once they are given a final license by the state of Nevada.

Employees were vacuuming and mopping floors. Cannabis product had not yet been brought in, awaiting that final approval from Nevada's Department of Taxation. Labels for various tinctures, edibles and other products sat under glass cases inside the expansive facility.

"The whole concept behind this store and the one in Mesquite is to create a warm, inviting atmosphere where people can walk around and ask questions," said Jon Marshall, Deep Roots Harvest's Chief Operating Officer.

Mayor Daniel Corona, who has long supported the idea of cannabis sales in his community, said he believed it would be a positive economic development. He said Deep Roots Harvest has already brought in new jobs with good wages and benefits.

"When you look at Mesquite, they’re on track to do a million dollars in tax revenue this year and so if we were able to duplicate that in West Wendover, that would be huge," he told FOX 13. "That would be able to repave streets, provide more recreational services for our kids and families, and help our schools."

Nevada has reported record-breaking sales since 2017, including a boost in taxable revenue from adult-use marijuana. West Wendover presents a unique wrinkle -- it's 90 minutes from Salt Lake City. The community's population balloons on weekends with Utahns who gamble at the casinos or take in a show and visit discount liquor stores.

Outside Deep Roots Harvest, signs warning that it is illegal to transport cannabis product across state lines greet customers. But company officials acknowledged to FOX 13 they may not be able to stop it.

"We can’t stop that, correct," Marshall said. "We do what we can, we educate people and tell them the rules."

Breeden pointed out it is a legal product in Nevada that can be sold to people over the age of 21.

"And when someone leaves our dispensary, again, all we can do is make sure we inform them of the laws and then it’s kind of them," he said.

The Utah Highway Patrol told FOX 13 on Monday it planned no special enforcement of I-80 along the Utah-Nevada border in light of Deep Roots Harvest's anticipated opening. The agency said it would continue to monitor the roads for signs of impairment.

Mayor Corona told FOX 13 he would like to see West Wendover look at the idea of "cannabis lounges" where people could go and legally consume the product.

"I think we need to give them an alternative to defer people from feeling like they need to take it home," he said. "Because currently, you can’t use it in a casino, you can’t use it hotels so that really leaves you no place."

In Utah, the opening of Deep Roots Harvest has been highly anticipated -- both by recreational users (who plan to take their chances) and medical cannabis users. Utah voters legalized medical marijuana in 2018 with a program expected to get up and running by March 2020.

Until then, qualifying medical cannabis patients in Utah with a doctor's recommendation have been going out of state to purchase tinctures, edibles and flower and using an "affirmative defense letter" to help avert prosecution.

Desiree Hennessy, the director of the Utah Patients Coalition, said she was excited to see Deep Roots Harvest open in West Wendover.

"It’s the safest legal option. Having one closer with reciprocity that has a history of treating patients really well in Nevada, we’re excited," she said.

Still, Hennessy had a warning for Utah patients.

"I tell all the patients when you cross back into Utah, make sure you’re legal. Make sure you have legal product. Be as safe and legal as possible," she said. "Whatever you have to do to avoid being searched."

Together for Responsible Use and Cannabis Education, another medical cannabis advocacy group, said it also urged caution for Utah patients.

"Only purchase products permitted by Utah law. For example, no edibles except for gelatinous cubes, all flower must be in blister pack and don't exceed a total of 10 grams of THC," said TRUCE founder Christine Stenquist. "TRUCE will continue to celebrate other states' efforts, but it's no proxy for a thriving and viable program in our own state borders that keeps our dollars close to home."