A multi-agency task force met Tuesday afternoon to show the public what they`re doing to crack down on child exploitation.

SALT LAKE CITY — An FBI task force aimed at catching child predators announced on Tuesday that they've made 30 arrests recently, as part of an operation to crack down on child exploitation.

The FBI Child Exploitation Task Force, made up of partners from several different state and local agencies, released the results of a joint operation carried out in October.

All of those arrested are men from ages 19 to 65. Some of them have previous charges for for coercion and enticement. One of them appears to be a former junior high teacher in the Granite School District.

He called it 'Operation Chat.' The alleged child predators will hunt for teens and children on various apps, and Utah U.S. Attorney John Huber described how the chats escalate in a matter of minutes.

The conversations seem normal at first, but quickly become sexual in nature, Huber indicated. The suspects will often ask for inappropriate pictures or to meet up in person.

"A child predator is like a fisherman who is diligent in casting his line over, and over, and over, in hopes of finding a naïve target," Huber said, during Tuesday's press conference. "That’s what our children become on these internet platforms."

The task force is also casting their lines over and over, posing as young teens online and in apps to arrange a meeting with an adult.

Chief Brown explained how officers believe many of the people they arrest have done this before.

"They may be getting away with this on a daily basis," he said.

Even right during the press conference, as Chief Brown stood in the front of the room, Salt Lake City detectives stood in back messaging another potential predator.

When Chief Brown went to congratulate the detectives after the press conference, he explained how they had already arranged a meeting in just those 25 minutes.

"While I was back there, one of the officers held up his phone and said, 'Look-- I just made a deal with an adult male who thinks I’m a 13-year old girl, to go and pick her up from school,'" Chief Brown said.

“So right now, there's something even happening at this moment?” Fox 13 asked.

But police can't be everywhere, and Brown said parents need to talk with their children, monitor every app they’re on, and be involved with what they're up to.

If a parent is worried their child is talking to someone suspicious, Chief Brown said they should call police and report it. Police departments offer victim advocate services, and have training on talking to victims of sexual exploitation, coercion and enticement.

The 30 people arrested by the task force's latest sting are pictured and listed below. The criminal charges include enticing a minor, attempted sexual exploitation of a minor, and dealing in harmful material to a minor. Some of them also face charges like criminal solicitation, forcible sodomy, rape, obstructing justice and firearm in relation to a crime. 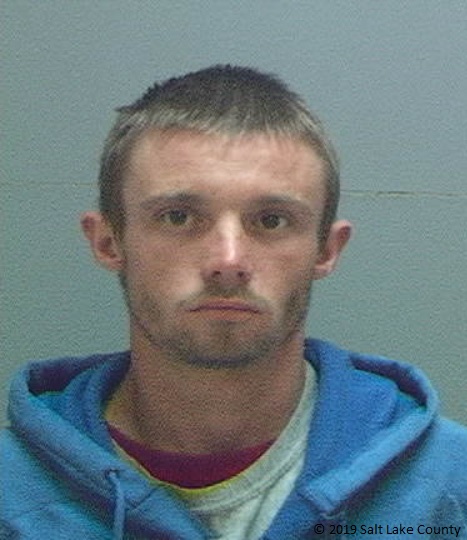