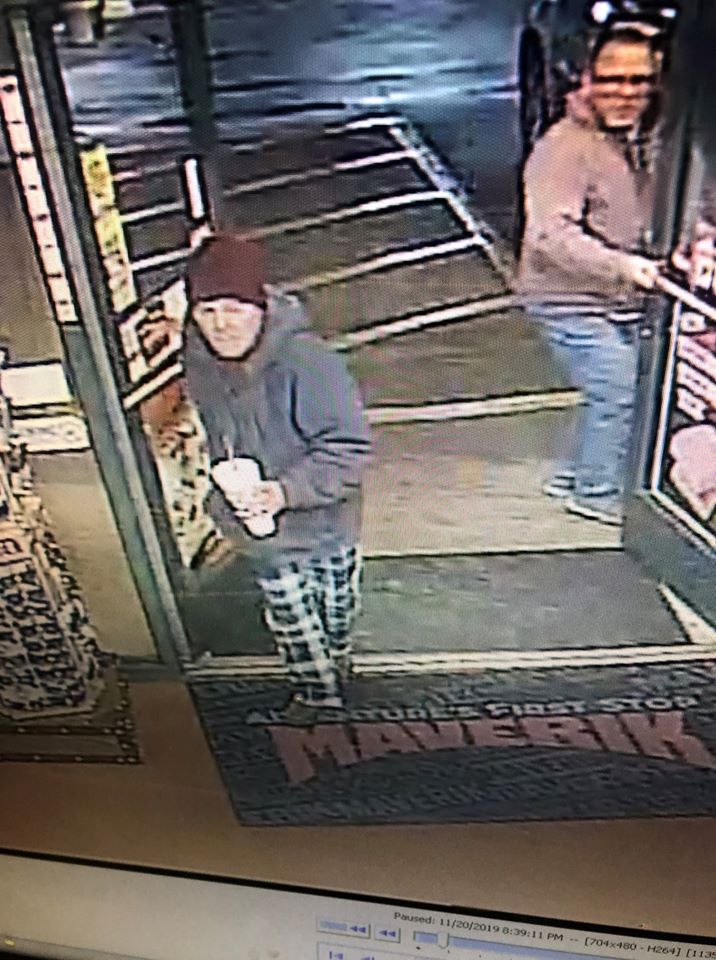 WASHINGTON TERRACE, Utah — Investigators with the Weber County Sheriff’s Office hope someone will be able to identify a driver who hit two pedestrians at a Maverik gas station and fled the scene.

“The suspect hit two pedestrians trying to walk across the parking lot while it was backing out of a parking stall. The suspect vehicle left the gas station without stopping,” a Facebook post from the Sheriff’s Office said.

The suspect was described as a Caucasian man in his 50s to 60s, with a white, scruffy beard. He was wearing a red beanie, a gray sweatshirt and blue and white checkered pajama pants.

The vehicle is a dark blue Chevy truck with a dent in the bumper on the left side.