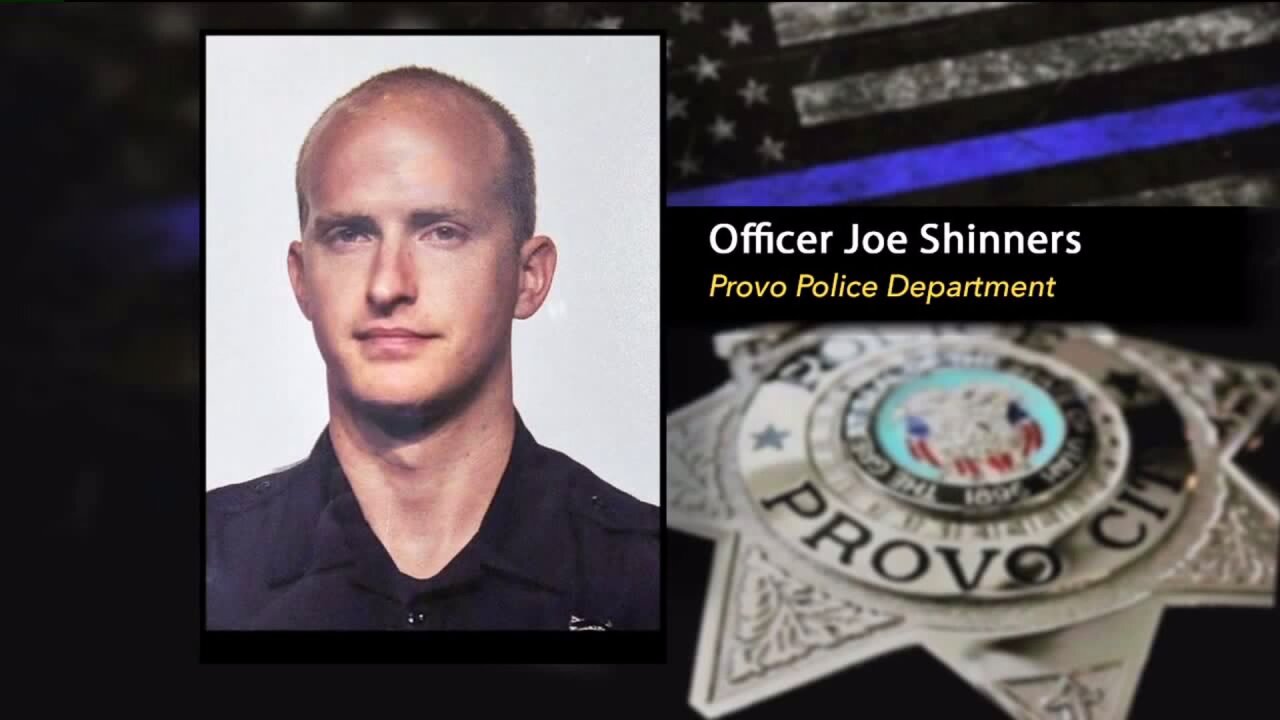 PROVO, Utah — Fallen Provo Police officer, Joseph Shinners, will be honored next May in Washington, DC during  National Police Week.

Shinners was shot and killed January 5 in Orem while attempting to arrest a fugitive.

His wife, Kaylyn, delivered a powerful tribute to her husband at funeral services a few days later.

Shinners will be honored in several events during National Police Week, including having his name added to the Fallen Officer Memorial Wall.

A pair of memorial concerts featuring country music star, Billy Dean, will be held in January to raise money to send the Shinners family to the events.

The 3310 Memorial Concerts will be held Thursday and Friday, January 2 and 3, at the Covey Center for the Arts.

Provo Mayor, Michelle Kaufusi, tweeted a flier with information about the concerts as well as a photograph of the Shinners’ baby who was born after Shinners died.