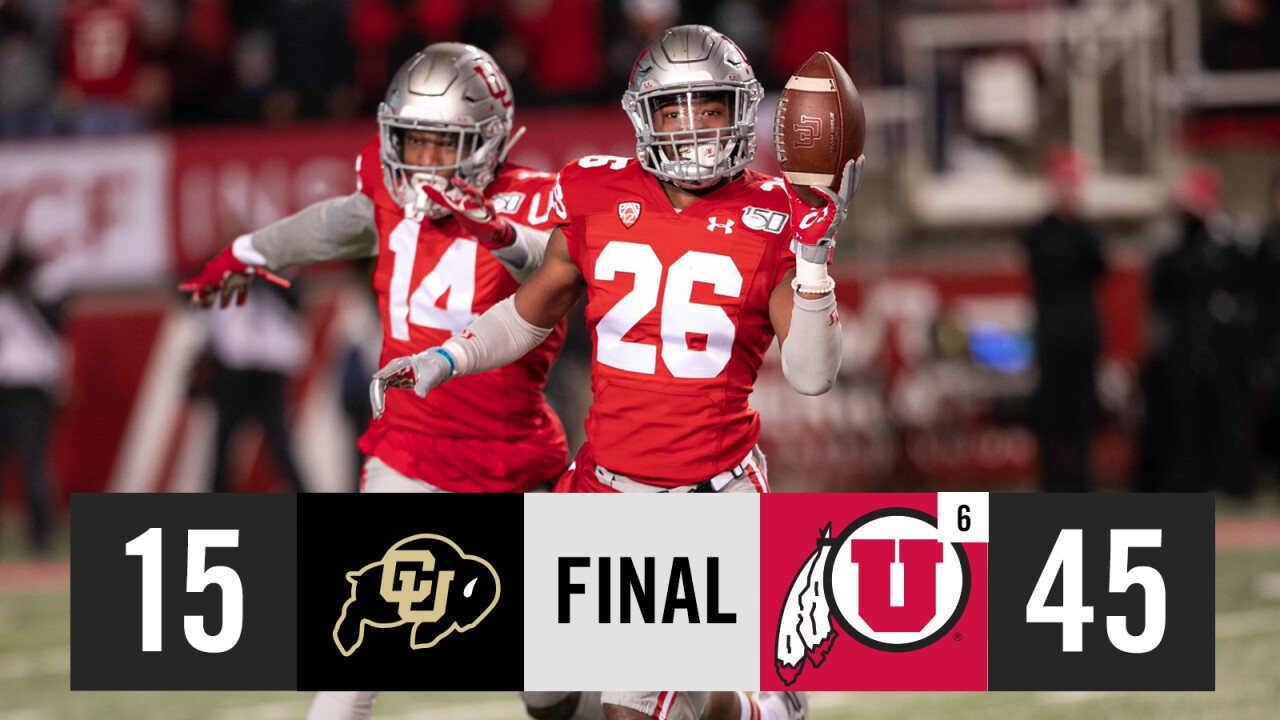 SALT LAKE CITY – The University of Utah clinched a spot in the Pac-12 Championship Saturday night by defeating the Colorado Buffaloes 45-15 in front of the home crowd at Rice-Eccles Stadium.

Utes quarterback Tyler Huntley finished with 165 yards and two touchdowns. Running back Zach Moss had 20 carries for 88 yards and his 15th rushing touchdown of the season.

“Great way for our senior class to go out in their last home game in Rice-Eccles,” said head coach Kyle Whittingham. “I couldn’t be prouder of this group.”

The Utes improved their overall record to 11-1 and finished with a conference record of 8-1. This is the first time the Utes have won eight conference games since 2008.

Utah will take on the Oregon Ducks in the Pac-12 Championship game Friday in Santa Clara, California.