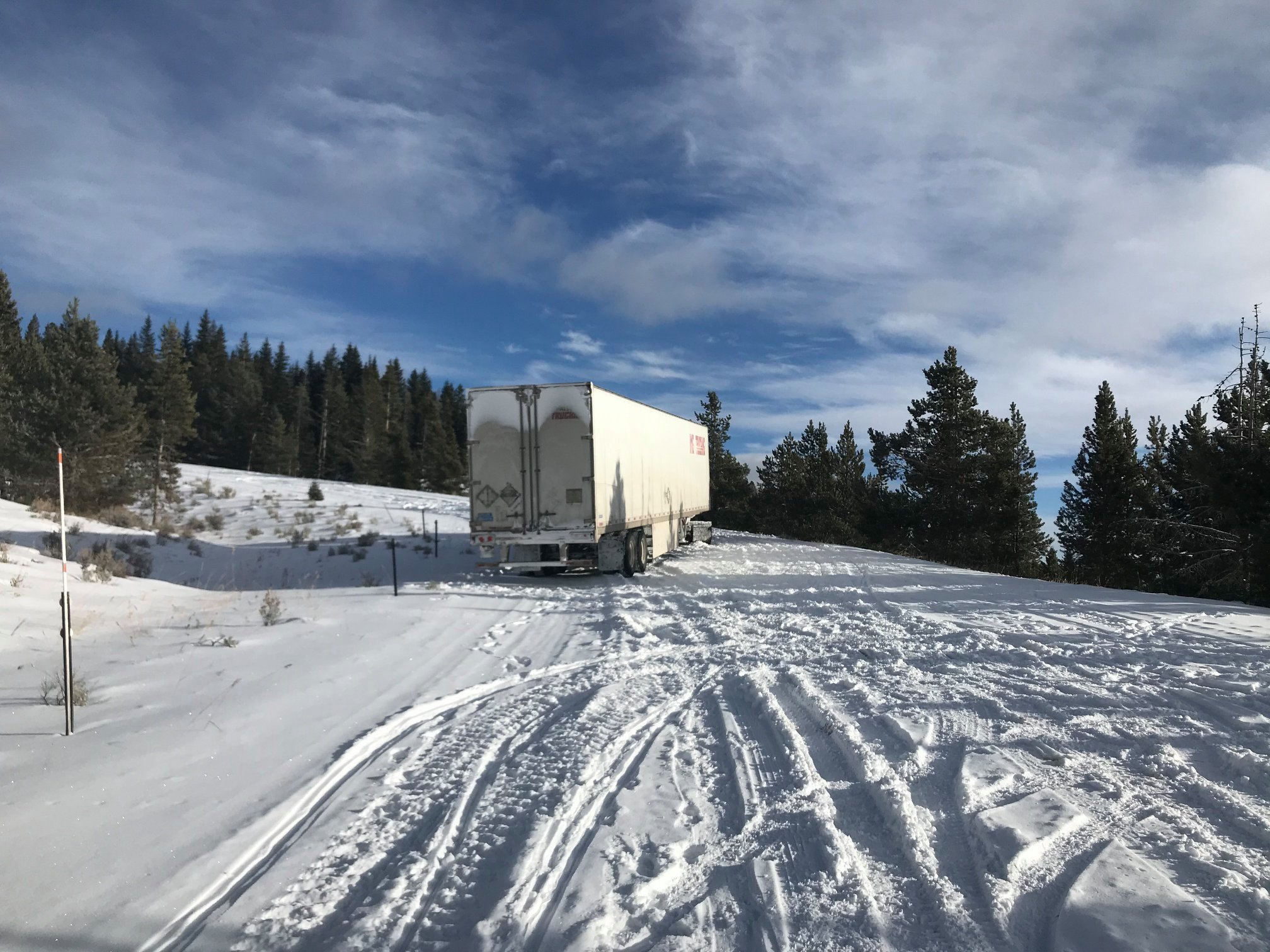 PARK COUNTY, Wyo. — Troopers responded to a semitrailer stuck in the snow last week — one that the Wyoming Highway Patrol said was ironically hauling a load of snowmobiles.

On Wednesday, WHP was dispatched to the stranded semi on U.S. 212, along with Park County Search and Rescue, expecting they would need their snowmobiles to rescue the stranded driver and passenger. Luckily, the highway patrol cars managed to make it through the snowy route, which WHP says was closed.

Several hours later, the truck was back on its route to Cody, Wyoming.

The driver told troopers that his GPS gave him that route, which is a common mistake on that route, according to WHP. Troopers say there were signs warning drivers of the road closure and even some directly aimed at large vehicles such as semis.

The driver was not prepared for the conditions and was unfamiliar with the route, WHP added.

Authorities say they have requested better signage and for roadblocks in the area, but until those are in place they remind drivers of all vehicles to do their homework.

“Motorists need to be prepared for changing road conditions and need to look beyond their GPS for route information,” the agency wrote in a Facebook post.

Drivers can call 511 before traveling in the area or look up closures and advisories on the WYDOT website.