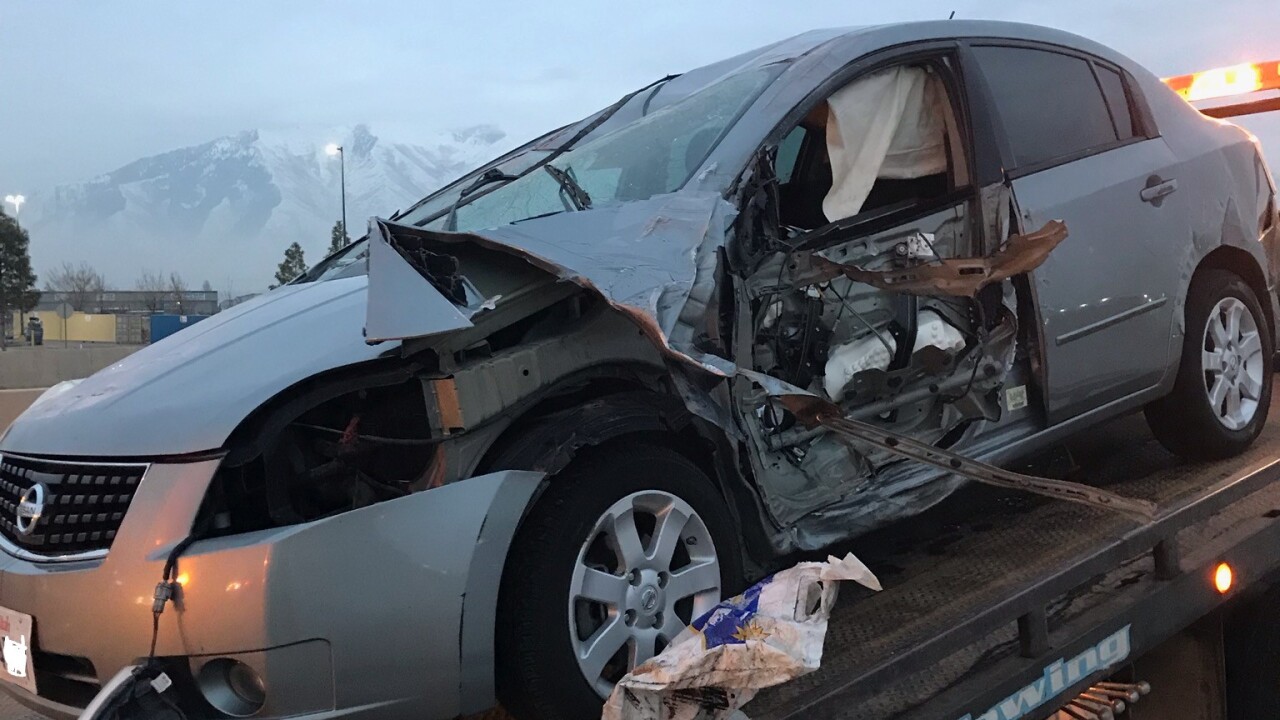 SPRINGVILLE, Utah— A crash on southbound I-15 at milepost 260 in Springville has closed five lanes. Major delays are expected as crews clear the highway.

According to the Utah the Department of Public Safety, a pickup truck ran out of gas on Interstate 15 and pulled over on the left shoulder. The driver then called a ride share to pick him up. The ride share arrived but was on the opposite side of the freeway. The driver of the ride share then attempted to cut across six lanes of traffic before being struck almost broadside by a pickup in the HOV lane.

The impact of the crash caused the ride share to roll over into lane two and was struck from behind by a semi-truck with double dump trailers. A second pick attempted to avoid the crash and hit one of the dump trailers.

The ride share driver was the only one involved that sustained injuries, they were minor.

Motorists in the area are encouraged to take an alternate route.

Driver Alert: 5 lanes are closed on SB #i15 at MP 260 in Springville due to a crash. Expect major delays through the area and use an alternate route if possible. Check the UDOT Traffic App or @waze for updates. @UDOTRegionthree @UtahDOT @UtahTrucking pic.twitter.com/IaP51XKbLU

Editor’s Note: This is a developing story. Stay with FOX 13 for the latest updates.