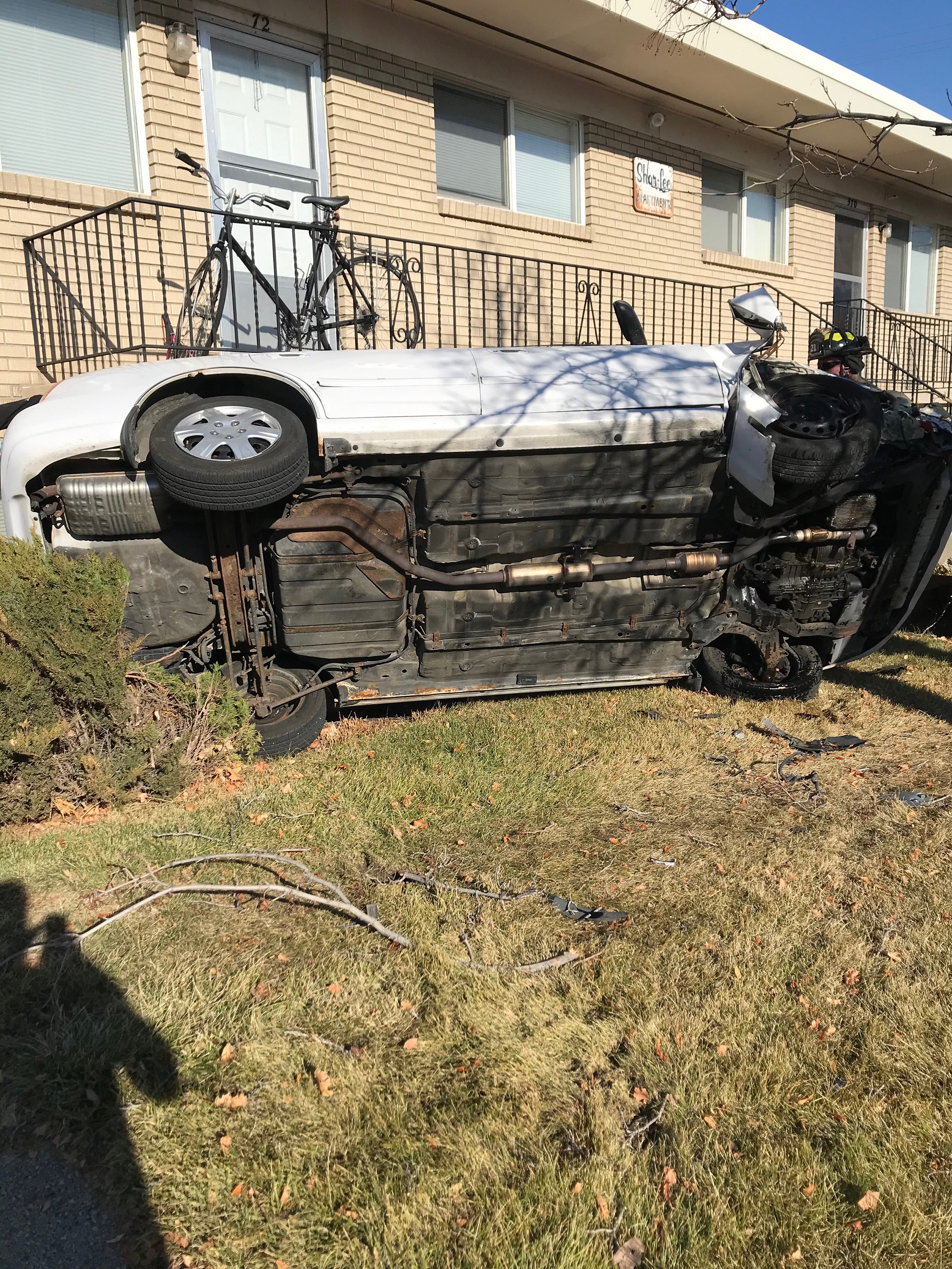 PROVO, Utah — An off-duty sergeant with the Utah County Sheriff’s Office assisted Provo Police in apprehending a DUI suspect who fled the scene of a crash Thursday.

The sergeant was driving near 800 N and 800 W when he noticed the driver of a white Hyundai Elantra was unable to stay in his lane, a news release from the Utah County Sheriff’s Office said.

An SUV driver had to swerve out of the Elantra’s way in order avoid a head-on collision, and the Elantra driver then lost control, hit a tree and rolled into the front yard of an apartment complex.

“The driver of the Hyundai fled the scene of the crash and when the Sergeant looked for him a witness told him the driver ran from the crash. The Sergeant found the driver, identified himself as being with the Sheriff’s Office, and told him to stop,” the news release said.

Since the sergeant was off-duty, he did not have handcuffs with him, so he used his belt to detain the Elantra driver.

Provo Police took custody of the Elantra driver, who was taken to a hospital for treatment of minor injuries and booked into the Utah County Jail.