(CNN) — Skies turned blood red above parts of southeast Australia on Sunday as residents sought refuge from deadly bushfires, and a senior firefighter described the previous 24 hours as “one of our worst days ever.”

Photographs of Pambula, in the state of New South Wales, showed an eerie, smoke-filled landscape, with deserted streets illuminated by an otherworldly, blazing red sky.

About 30 kilometers (19 miles) south, blood-red skies loomed over the town of Eden. There, hundreds of residents were seeking shelter on the beach on police advice, one Eden resident told CNN. Many houses have been destroyed in the area, and officials said they feared there would be fatalities.

A total of 146 fires are burning across the state, with 65 uncontained, according to the NSW Rural Fire Service (NSWRFS). About 2,700 firefighters were tackling the blazes on Sunday.

“Conditions have eased today and firefighters have gained the upper hand on several dangerous fires. There are no total fire bans in place for Monday,” the NSWRFS posted on Twitter.

Earlier, NSWRFS Commissioner Shane Fitzsimmons told a news conference that Saturday was “one of our worst days ever on record.”

A “considerable number” of properties were lost across NSW on Saturday, Fitzsimmons said, adding that a 47-year-old man had died from cardiac arrest while fighting a fire threatening his friend’s home in Batlow. The man is the 24th person to die nationwide this fire season.

Separately, four firefighters in NSW were hospitalized due to smoke inhalation, heat exhaustion and hand burns. They have since been released.

Fitzsimmons said that conditions could worsen again in the coming days. “Today will be a relief — psychological relief but not what we need,” he said.

Australia’s flag carrier Qantas canceled all flights to and from the country’s capital, Canberra, on Sunday due to smoke and hazardous weather conditions.

An airline passenger spotted huge clouds caused by the fires over NSW during a flight from Sydney to Melbourne on Sunday. They are pyrocumulonimbus clouds — fire-induced thunderstorms — which form when hot air rises from a ground based fire, according to CNN meteorologists. The air cools and condenses as it ascends, causing a cloud to form.

“This process is similar to the development of a thunderstorm,” said CNN Weather’s Derek Van Dam. “As such, a downdraft forms within the base of the pyrocumulonimbus cloud, allowing for embers to be picked up and carried to form new fires.”

In the neighboring state of Victoria, three fires have combined to form a single blaze bigger than the New York borough of Manhattan. The fires joined overnight Friday in the Omeo region, creating a 6,000-hectare (23 square mile) blaze, according to Gippsland’s Department of Environment, Land, Water and Planning.

The country’s capital, Canberra, smashed its heat record of 80 years, reaching 44 degrees Celsius (111 degrees Fahrenheit) on Saturday afternoon, according to the country’s Bureau of Meteorology. In the western Sydney suburb of Penrith, the mercury climbed to 48.9 degrees Celsius (120 degrees Fahrenheit) — setting a new record for the whole Sydney basin.

It marked the first time Victoria has activated these powers since the 2009 Black Saturday fires, the deadliest bushfire disaster on record in Australia with 173 people killed and 500 injured.

Speaking at a news conference Sunday, Australian Prime Minister Scott Morrison said it was another difficult night across the country — in particular in NSW, Victoria and South Australia.

Morrison — who in December faced criticism for taking a vacation to Hawaii during the fires — said the government’s response was the most significant and comprehensive ever to a natural disaster.

“I believe that’s where we need to focus our attention, and we are seeking to communicate that directly to Australians to ensure they have comfort that the response is matching the need,” he said.

“What they need us to focus on, all of us actually, all of us focusing on the needs there and getting the support where it needs to go. That’s very much where my focus is, and that’s where it will continue to be.”

In a news release on Sunday, the Australia Defence Force (ADF) said it was significantly increasing its support in fighting the massive fires and had called up 3,000 army reserve forces and others with specialist capabilities.

They will also provide aircraft, ships and its largest vessel, HMAS Adelaide, with helicopter landing capabilities.

One priority for the ADF will be to assist in evacuations of people in isolated communities. HMAS Adelaide, the Australian Navy’s largest ship, arrived off the coast of Eden on Sunday as evacuations took place there.

Some ADF bases will be opened to house those displaced by the fires. Troops will also help move material and supplies, support recovery centers, and aid in fire trail clearance.

New Zealand and Singapore have also offered military support, and the ADF is assessing where they can help, the news release said.

Members of the UK royal family sent their “thoughts and prayers” to Australians affected by the massive bushfires through social media accounts on Saturday. Queen Elizabeth and Prince Philip issued a message of condolence expressing thanks to emergency services. “I have been deeply saddened to hear of the continued bushfires and their devastating impact across many parts of Australia,” the Queen wrote in a statementpublished on Twitter.

On their Instagram account, the Duke and Duchess of Cambridge said they were “shocked and deeply saddened” by “the fires that are destroying homes, livelihoods and wildlife across much of Australia,” posting a photo of a kangaroo with a burning building in the background.

Meanwhile, the Duke and Duchess of Sussex urged support for those affected by the environmental crisis in an Instagram post linking to a number of Australian fundraisers, such as the Australian Red Cross, the Country Fire Authority and the New South Wales Rural Fire Service. 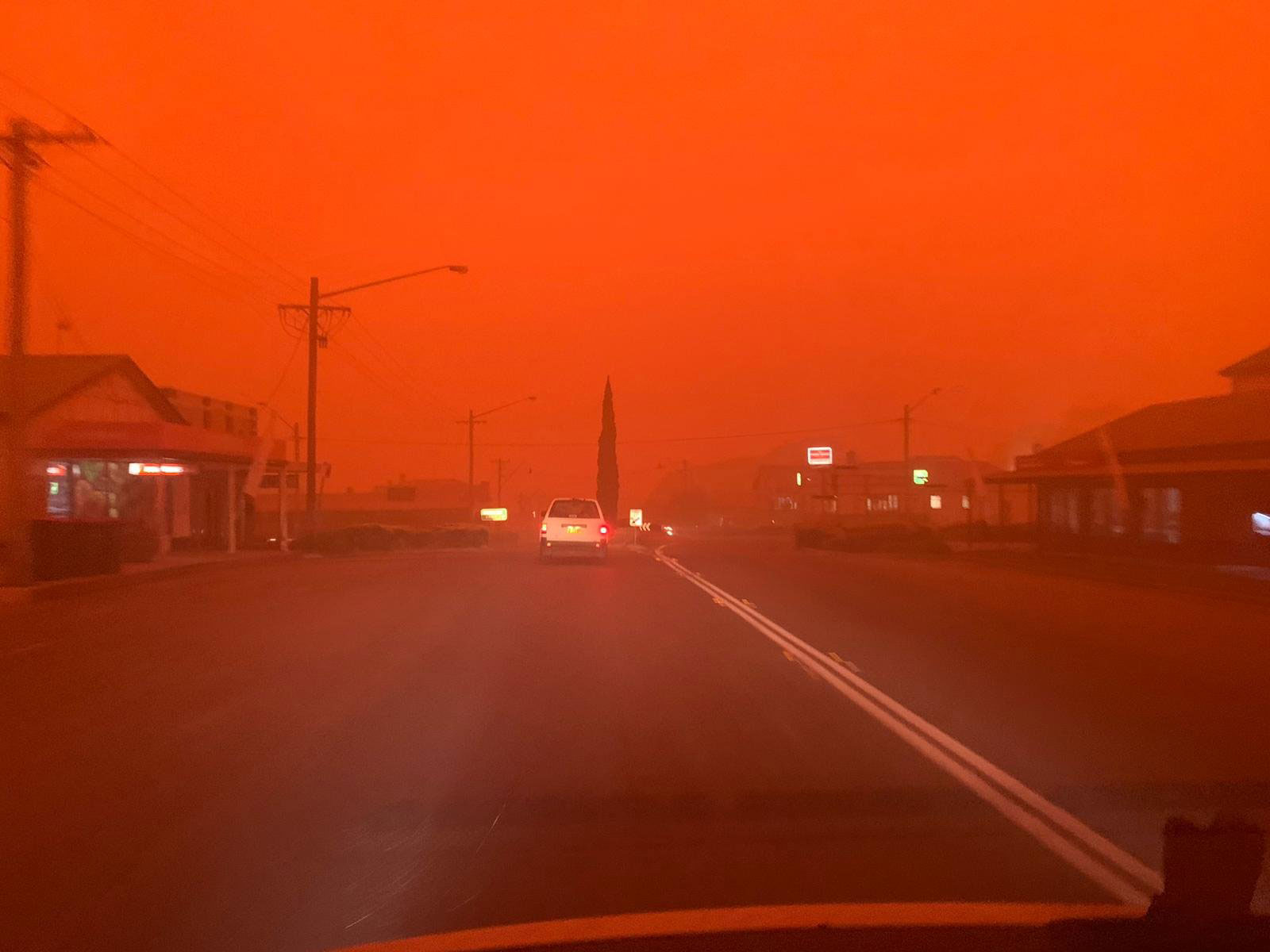