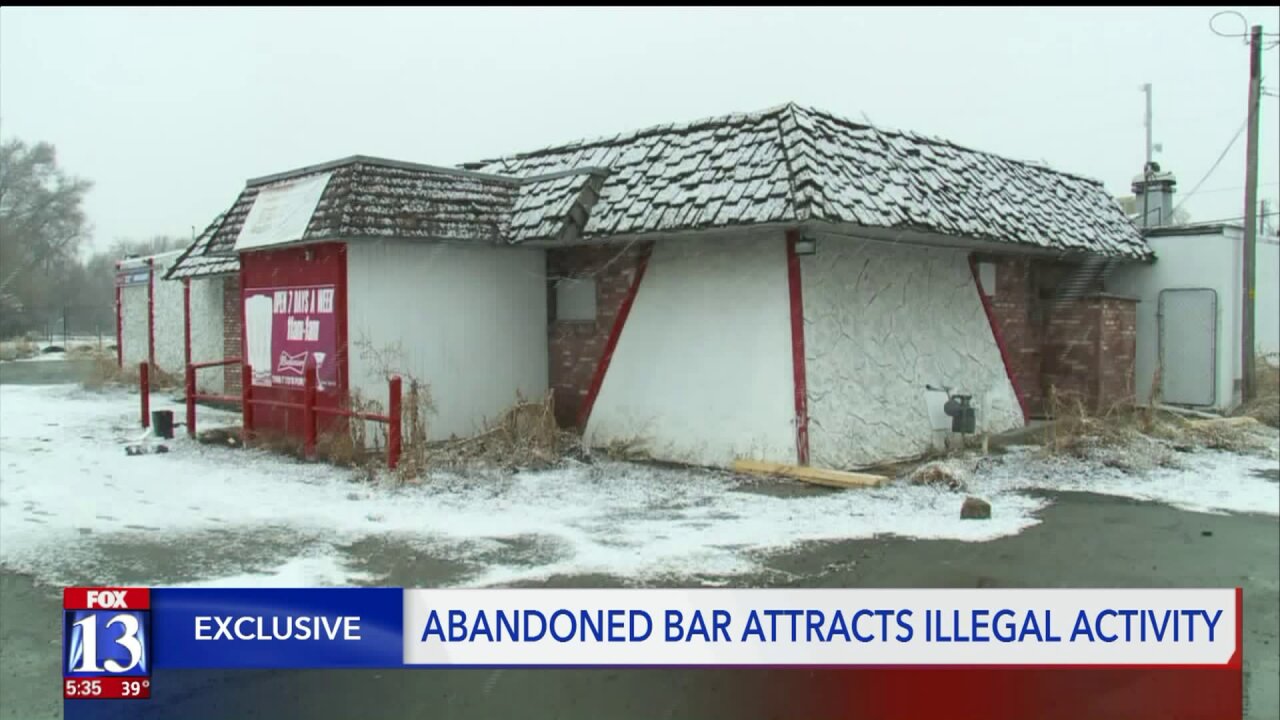 By: Hailey Higgins
Posted at 7:47 AM, Jan 09, 2020
SOUTH SALT LAKE, Utah — A vacant bar near the new men’s homeless resource center is frustrating police officers in South Salt Lake.The former Good Spirits bar at 999 W 3300 S has been vacant for nearly a year.The front and back doors of the building remain unlocked inviting a range of illegal activities.

On Tuesday, snow fell through a hole in the ceiling.

The ground is littered with broken alcohol bottles. The walls have been stripped of copper wiring.“[It’s] trouble,” said Jeremy Quiantana, guest of resource center.

Out back, there are more broken bottles, prescription drugs, and an old mattress.

A South Salt Lake officer speaking under the condition of anonymity said he’s kicking people out of the vacant building daily. Since the resource center in November, police have been called nine times.

A code officer tells FOX13 he cleaned up nearly a dozen in a single day.

Salt Lake County bought the bar during the construction of the Men’s Homeless Resource Center, along with 10 adjacent homes.

Chief Carruth said the buildings are a health and safety hazard for his officers.

“They are serving no purpose obviously. It’s time that they be removed for sure,” Chief Carruth said.

Salt Lake County Real Estate Manager Derrick Sorensen said the county is making plans to demolish the bar and six adjacent homes by the end of the month.

As for the unlocked doors, Sorensen said people keep breaking in and the county doesn’t have the resources to keep locking it back up.