Thanks to a new DNA analysis, a Georgia man is exonerated of rape and freed from prison after 17 years 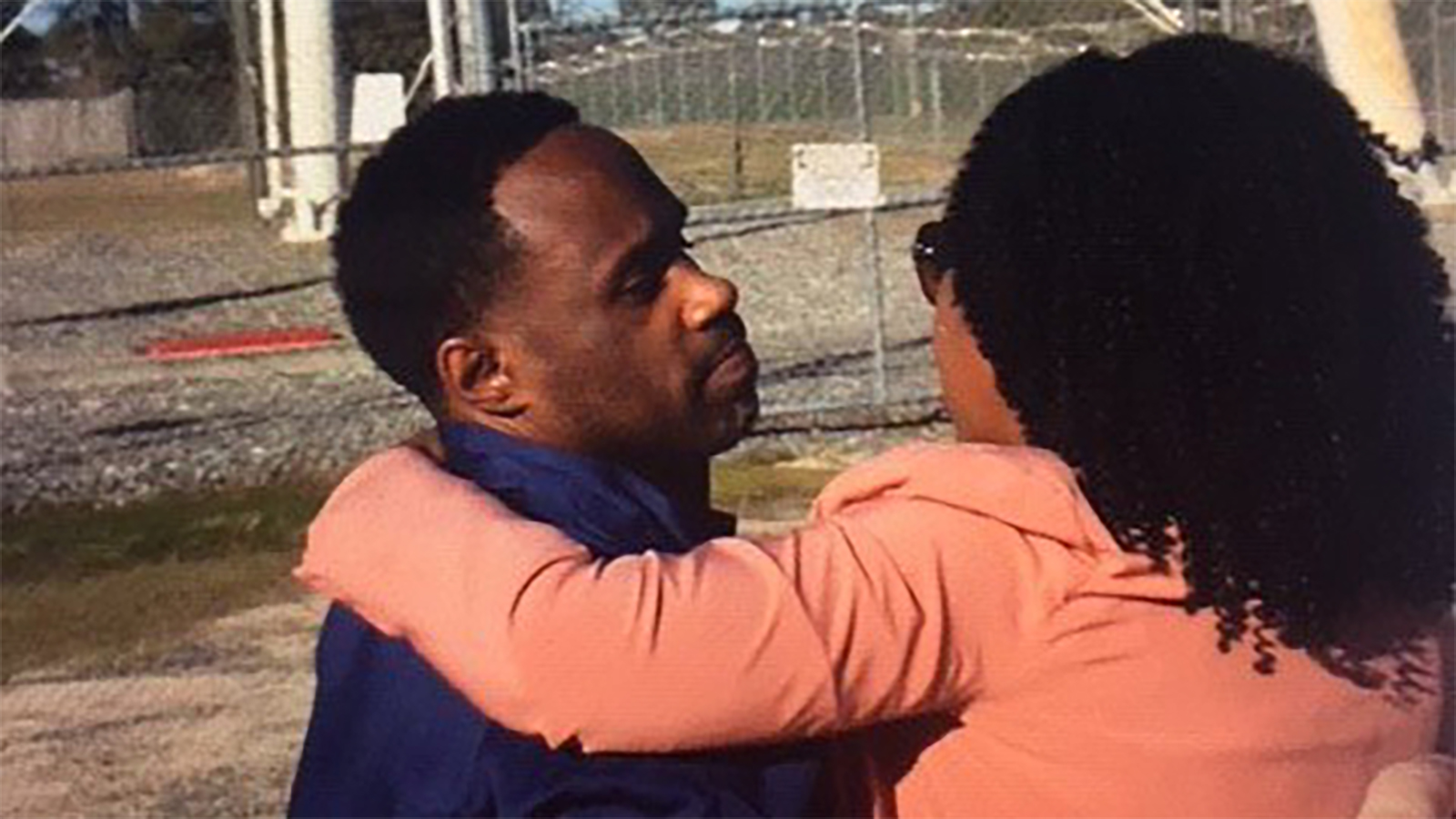 (CNN) — A Georgia man who served 17 years of a 20-year sentence has been exonerated from his rape conviction and released from prison, after a judge agreed that new analysis of DNA evidence clears him.

Kerry Robinson, 44, walked out of prison in southern Georgia on Wednesday and into the arms of his sister, his son and other supporters, hours after a Colquitt County judge vacated his 2002 conviction and sentence.

“Modern DNA technology has further confirmed what we’ve known for a long time: Kerry Robinson is an innocent man,” one of his lawyers, Rodney Zell, said in a news release from the Georgia Innocence Project, which helped push for Robinson’s exoneration.

“I am so grateful that new technology is finally able to meet the incredibly high thresholds for righting wrongful convictions in Georgia,” Zell said.

The key, supporters say, was new analysis of the very DNA evidence that was used to convict him. In other words: New technology shows that the interpretation presented at trial was wrong, and that in fact Robinson’s DNA is not there, the project says.

Robinson’s conviction stemmed from a case in 1993, when three young men raped a woman at gunpoint at her home in Moultrie, about 40 miles north of the Florida state line.

From pictures in a junior high school yearbook, the woman identified one attacker who would later be convicted.

But that attacker accused Robinson of being involved — which Robinson denied. Robinson has said he thinks the attacker implicated him because Robinson had reported him to police in a different investigation, according to the Georgia Innocence Project, a nonprofit that aims to overturn wrongful convictions.

The rape survivor never identified Robinson as a perpetrator, the nonprofit says.

Robinson’s trial was delayed until 2002.

The convicted attacker testified against Robinson, and received a lesser sentence for his cooperation, the nonprofit says.

Robinson’s trial then focused on DNA evidence collected in investigators’ sexual assault kit. The kit included a mixture of DNA for up to four people — two of whom were the survivor herself, and the attacker that she identified from the yearbook, experts testified.

An analyst then testified that the small amount of unaccounted-for DNA had similarities to Robinson’s DNA. The analyst first said he couldn’t conclude whether evidence included Robinson’s, but then said it was unlikely that the similarities could be explained by random chance, according to the nonprofit.

A jury convicted Robinson and a judge sentenced him to 20 years, but he maintained he was innocent.

A scientist refutes the initial DNA analysis, and an exoneration follows

A DNA scientist from Boise State University, Greg Hampikian, had been monitoring the case. Recently, he sent the DNA evidence to be analyzed by probablistic genotyping software — a relatively new tool that interprets DNA mixtures with computer science and advanced math, the Georgia Innocence Project says.

The software is the same tool that the Georgia Bureau of Investigation began using two years ago for DNA mixtures.

The new analysis determined a random African-American’s DNA is 1,800 times more likely than Robinson’s DNA to explain the evidence mixture, the nonprofit said.

Armed with this, Robinson filed for a new trial in September. It turned out a new trial wasn’t needed.

A district attorney who was new to the case re-examined the evidence and supported Robinson’s defense team in asking a judge to dismiss the conviction.

Georgia law says that testimony given by an incentivized witness — such as the attacker who received a lesser sentence for testifying against Robinson — is insufficient for conviction if it is not corroborated. The DNA evidence had been the only corroboration in Robinson’s case, the nonprofit said.

“I find and the State agrees that justice requires that Kerry Robinson’s conviction of February 26, 2002, is immediately vacated and his sentence is voided and set aside,” McDaniel wrote in the consent order.

“Fifteen minutes of flawed DNA forensic testimony took almost 18 years to correct in this case,” Hampikian, the Boise State scientist, said Wednesday. “My hope is that labs and lawyers will take notice, and re-examine these complex DNA mixture cases that can mistakenly imprison the innocent.”

Robinson and his family have declined to talk to reporters about his release, for now. He will be staying with relatives in southern Georgia, the nonprofit said.

“We are thrilled to see this unjust conviction finally corrected,” Georgia Innocence Project Executive Director Clare Gilbert said. “The factors that led to Kerry Robinson’s conviction — flawed forensics and false testimony from an incentivized cooperator — are present in so many wrongful conviction cases. Our fight continues on behalf of the many innocent men and women who remain imprisoned in Georgia.”