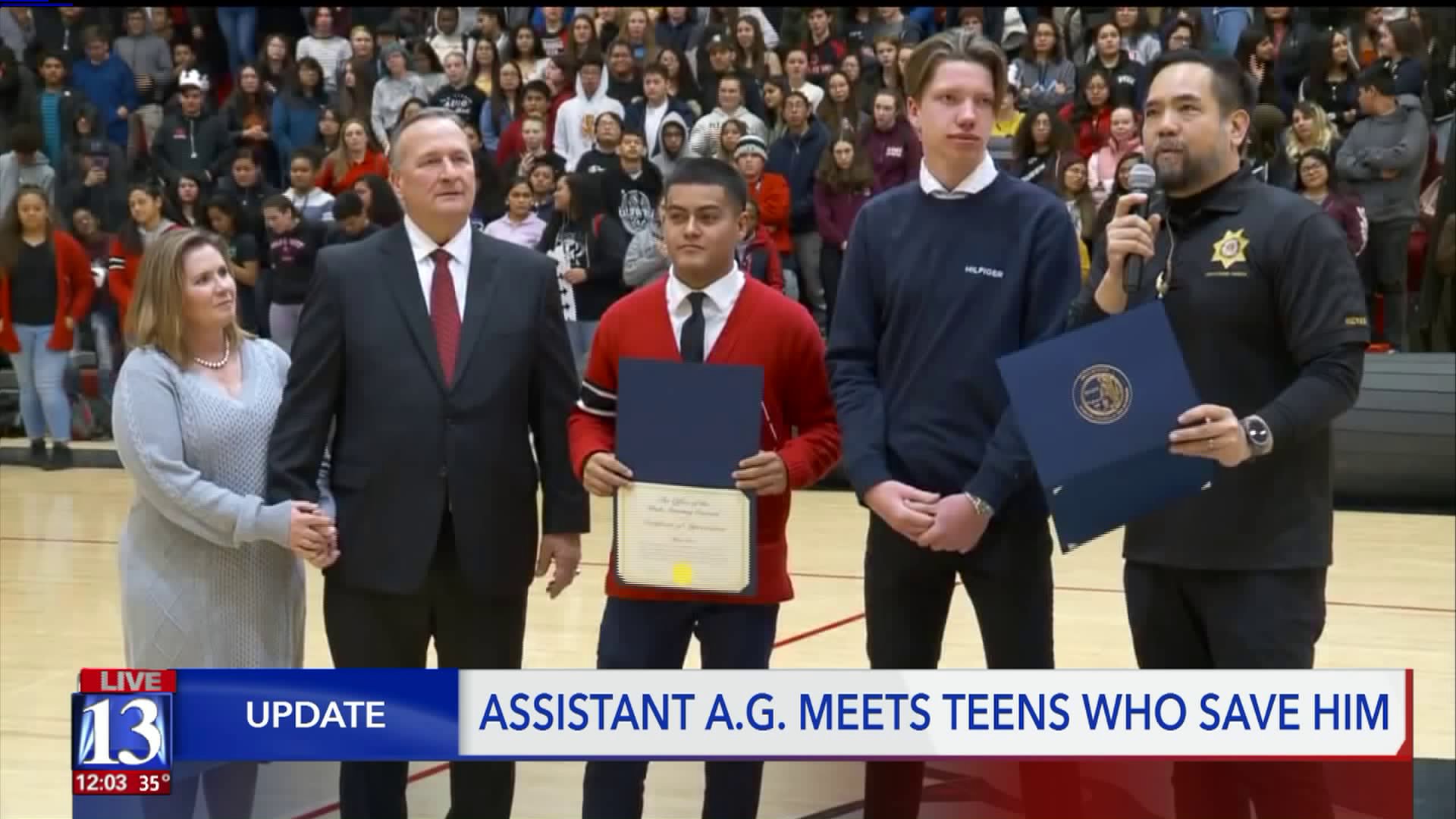 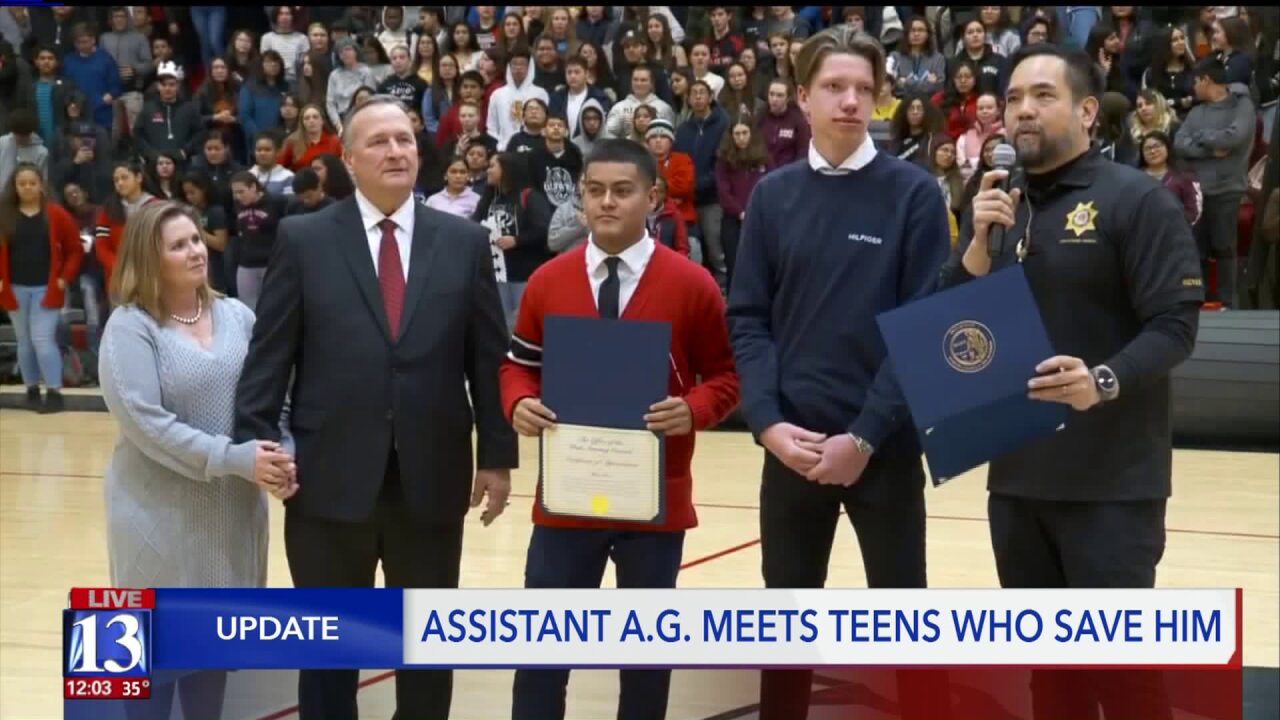 On February 29, 2019, David Carlson was driving on the 600 N bridge when he suffered a medical episode. His car overturned and two West High students sprung into action.

Felix Ortiz and Grant Dunkley both pulled over to assist Carlson.

"Ortiz pulled Carlson from his overturned car on the 600 North bridge in Salt Lake City where he and Dunkley performed life-saving CPR until first responders arrived on the scene," a news release from AG's Office said.

Carlson and Utah Attorney General Sean Reyes came to West High's annual winter sports assembly, where Carlson thanked the boys for their quick-thinking actions that day. Reyes also gave the boys each a certificate of appreciation. Carlson has spent several months in recovery, and Friday's assembly was his first meeting with the boys.