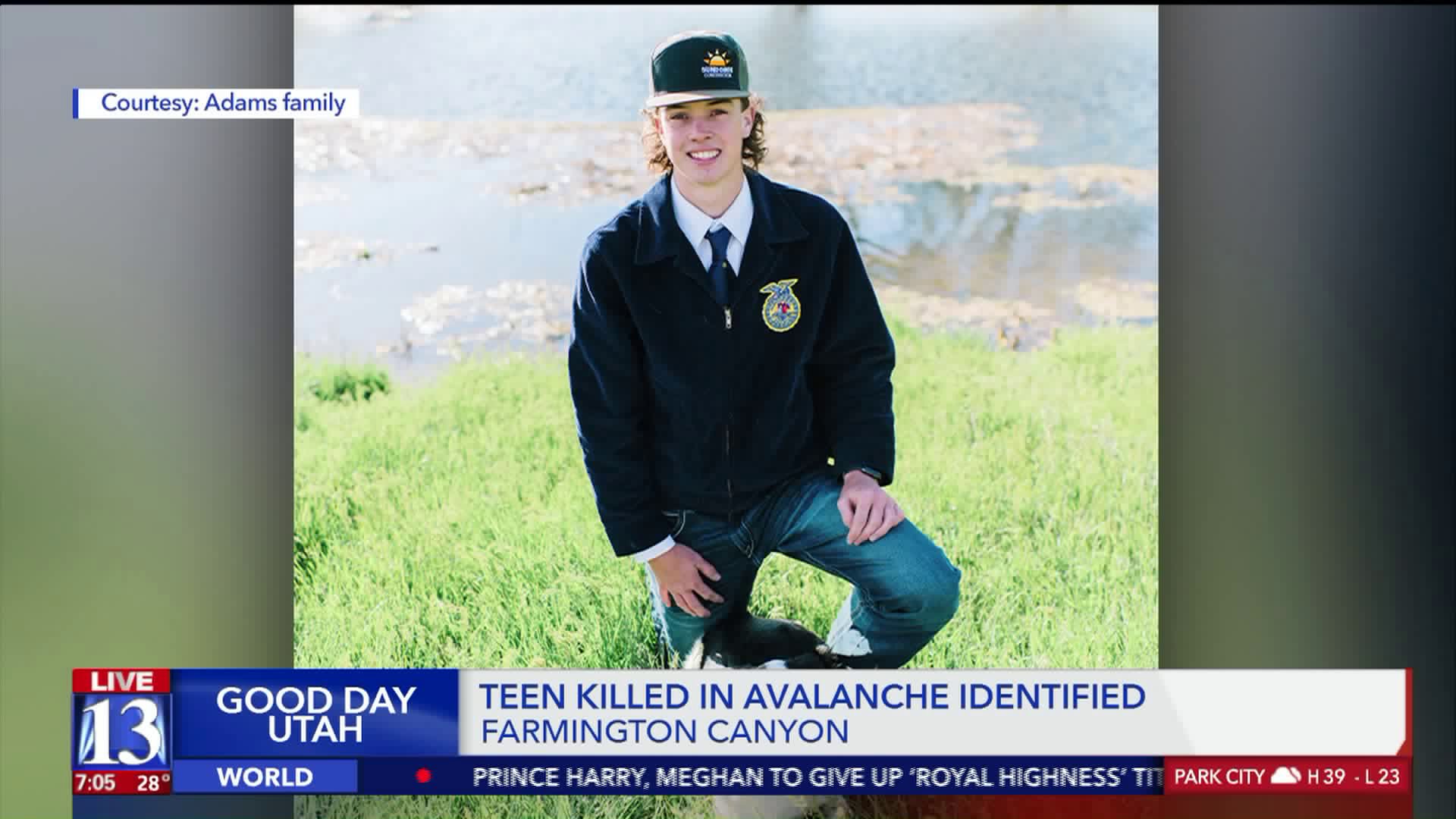 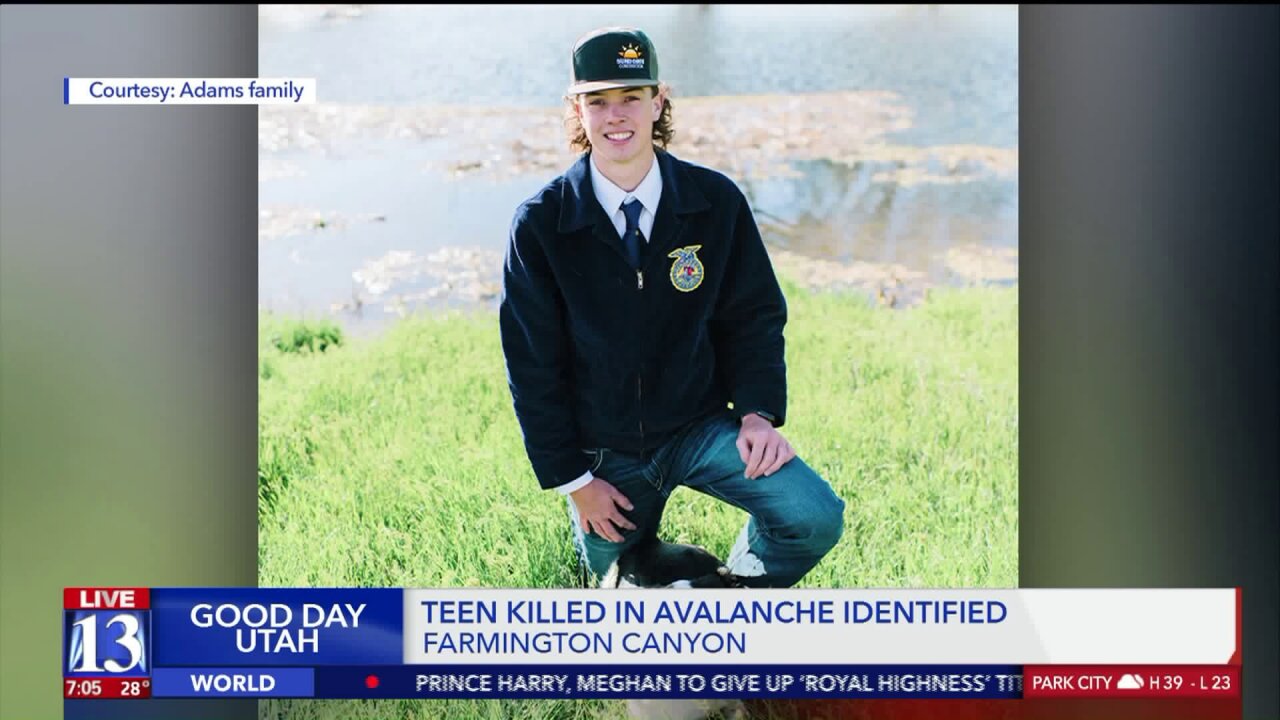 FARMINGTON, Utah — Police have released the name of the 18-year-old who died Saturday as a result of an avalanche.

Chase Adams was snowmobiling in Farmington Canyon with his father Ben Adams when an avalanche was triggered. Chase and his snowmobile were immediately buried.

He was wearing an avalanche beacon and deployed the airbag in his backpack, but it did not deploy and the Davis County Sheriff's Office said it was punctured during the recovery.

Adams and his snowmobile were buried under thousands of pounds of snow,

It took ten people to get him out, and even though he was transported to a trauma center within less than 70 minutes, he did not survive.

"It varies in depth, some people get lucky and a hand is poking up or they're just a couple of feet under and there's just no guarantee of the outcome," said Doug Shipley with Davis County Search and Rescue.

"All it takes is one more rider and it triggers a slide," said Steve Petty, also with Davis County Search & Rescue. "It was a pretty steep hillside and it had tragic consequences."

The family has requested privacy at this time but released a statement:

“We spent the day at a location that is dear to me and my boys. We had a wonderful day doing what we love to do. When the snow slid, I was shocked, but I had a feeling everything was going to be okay. I prayed, I called his mom, I called 911, and she called 911. Thank you to everyone who rides in Farmington Canyon—it is a beautiful community and family. I am an extremely strong man and in the moment of physical need to save my son my strength availed nothing. I was useless and shifted my strength to God. I relied on him, knowing my nothingness and trusting his great power to give me strength to know that, someday, we will see each other again, by virtue of Jesus Christ. Special thanks to the Larkins and other bystanders, Davis County Sheriff’s Office Search and Rescue, University of Utah AirMed, Utah Department of Public Safety Air Lift and the University of Utah Trauma Team. Be safe.”