The pickup truck stopped at a gas station, but then rammed a West Valley Police car, and took off again.

The driver got out and fled on foot, but was arrested a short time later.

By the time it stopped, the truck's tires were gone and it was on rims only. 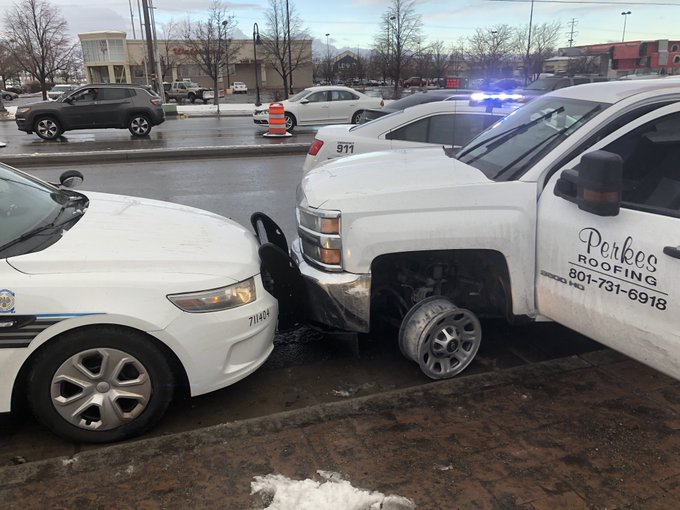