Is it ok to wear Halloween "couples costumes" with your pets? 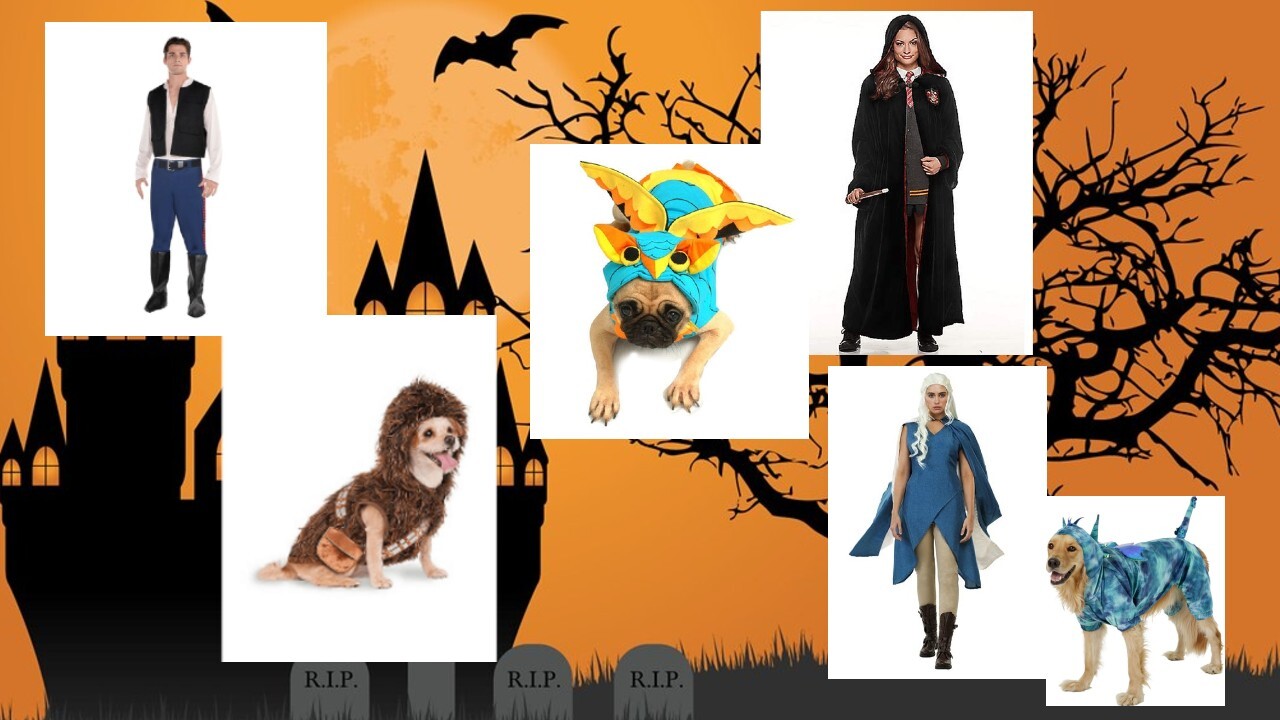 SALT LAKE CITY — Halloween is almost here, and despite the restrictions COVID-19 may impose on trick-or-treaters around the world, the process of selecting a costume is still one of the most important of the year.

For some, going around the neighborhood in coordinated costumes with their significant other is the highlight of the holiday, akin to making a grand appearance at prom or the royal ball.

But what happens when your significant other isn't human, but has four legs and fur? The question is: Is it cool to costume coordinate with your pooch or kitty on Halloween.

The website Bustle certainly thinks so, offering up numerous suggestions in an article on how to make the most of you and your pet on the holiday. The inspiring duds range from another world (Game of Thrones) to ideas from out of this world (Star Wars).

But does a couples costume with your pet draw too much attention to you not having a human companion. And really, is it fair to the pet? Maybe they have a neighborhood pal they'd rather go with than you.

While you're gallivanting as a princess or heroic warrior, the dog or cat is usually thrust in the role of ugly dragon or worse, a piece of bargain-basement meat product!

So you tell us, is it OK to to costume coordinate with your pet on Halloween? Vote below!