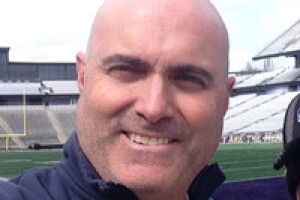 Jeff comes to KSTU after 30+ years in the media business in Miami.

After an early stint as a sports producer at WPLG, Jeff moved on to become Executive Sports Producer at WAMI-TV, an upstart hyper-local station that was known as the home of the Miami Heat and Florida Marlins.

Jeff spent eight years as the Executive Sports Producer at WTVJ (NBC) in Miami, covering all the major sporting events and teams in South Florida. While with WTVJ, Jeff worked with the NBC Olympics team in China to help the network cover the 2008 Summer Olympics in Beijing.

Following nearly 20 years in sports, Jeff moved over to the digital side and rejoined WPLG where he was eventually named the Executive Producer of Digital and Special Projects.

A graduate of the University of Florida, Jeff is an avid Gators fan, but enjoys all Utah sports as well as heading outdoors with his wife and two sons.