Thousands of miles can't keep this Florida family apart during the holidays. With her husband serving overseas, this mother photoshopped him into the family Christmas card.

TAMPA, Fla. — A local military wife found a way to include her husband in their Christmas photo during his deployment.

Danielle Cobo will spend Christmas away from her husband. He deployed in early 2019 and is serving overseas as a Black Hawk helicopter pilot. He closed his own medical marketing company to join the military six years ago.

"Every time you go to bed, you're constantly reminded that they're not here," Cobo said.

She did not want her husband to skip the holiday photo for their Christmas card.

"I said 'can you take a photo of you in your uniform with your hand out?' He really had no idea what I was doing," Cobo said.

Her Christmas cards feature a photo with her and her twin boys. The other half of the photo shows her husband in uniform, and the pictures blend together in the middle as they hold hands. 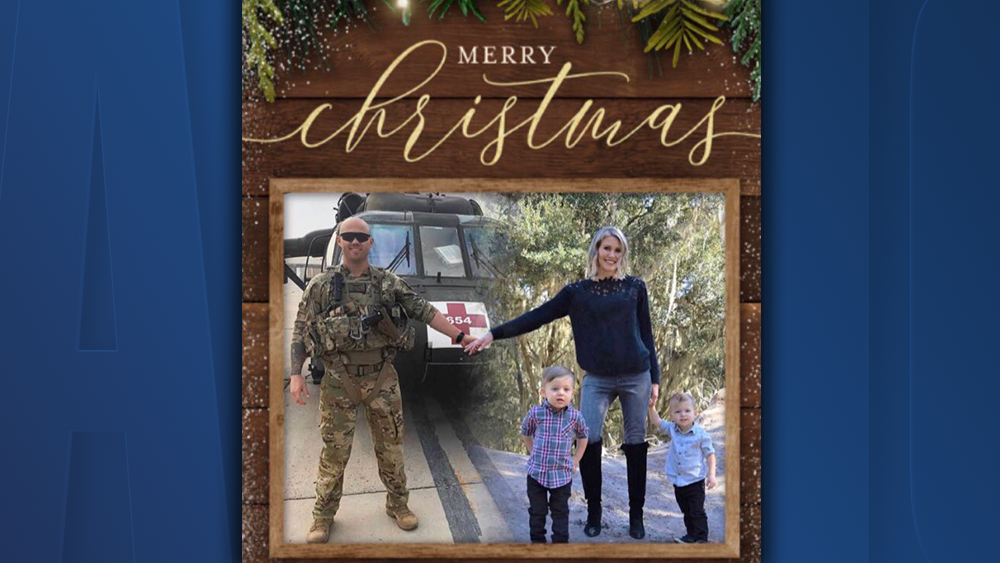 "Even though we're miles apart, we're still close together. We're still a family unit and our hearts are in the right place," Cobo said. "I wanted to find a way for us to capture a photo of us together even though we can't technically be together."

Cobo wants others to be mindful that soldiers make sacrifices, and so do their families.

"We're just holding it all together. It's a sacrifice amongst everybody," she said.

She also encourages people to be kind to one another because you never know the battles someone is fighting.

"I remember the day when I dropped him off with his unit to leave. I remember driving home. No one had any idea what I'm going through right now," she said. "It made me look around at all the other people around me. People go through so much in their lives and you would have no idea."

This story was originally published by Julie Salomone on WFTS in Tampa, Florida.