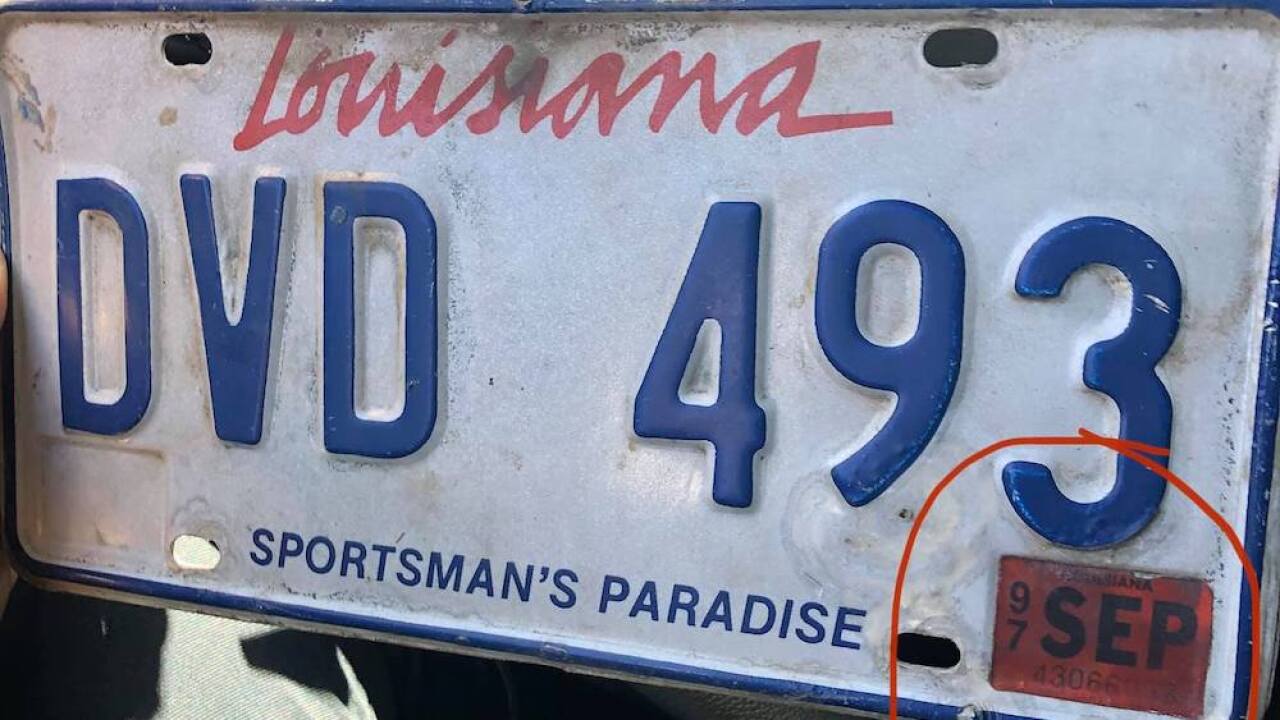 In Louisiana, car owners are required to update their license plate tags every two years. But between work, family and social obligations, sometimes things slip through the cracks, right? Life happens.

According to one Louisiana police department, that chore slipped through the cracks for one driver for more than 20 years.

The Slidell Police Department said on Facebook that it pulled someone over in February with a sticker tag from September 1997.

According to the Department, the driver was using an older tag in the hopes that police would mistake it for a new one.

"At least give us a good challenge and don't use a license plate that is over 20-years-old and expired back in 1997!" the police department said.

Back in September 1997, Men In Black was hitting theaters, Mariah Carey's "Honey" was topping the charts and gas was hovering at about $1.20 a gallon.