Most of Utah will move to yellow 'low-risk' phase Saturday 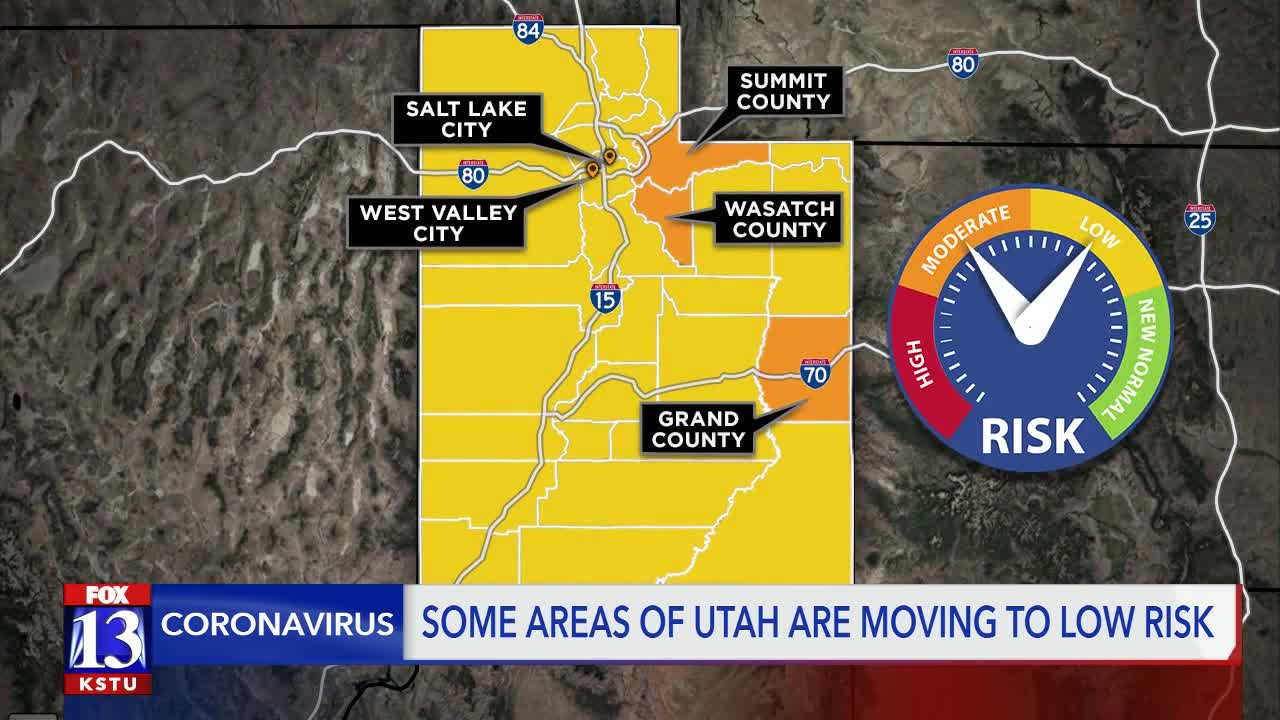 A large part of Utah will move to a "low risk" level for COVID-19 starting Saturday, allowing more businesses to re-open and activities to resume. 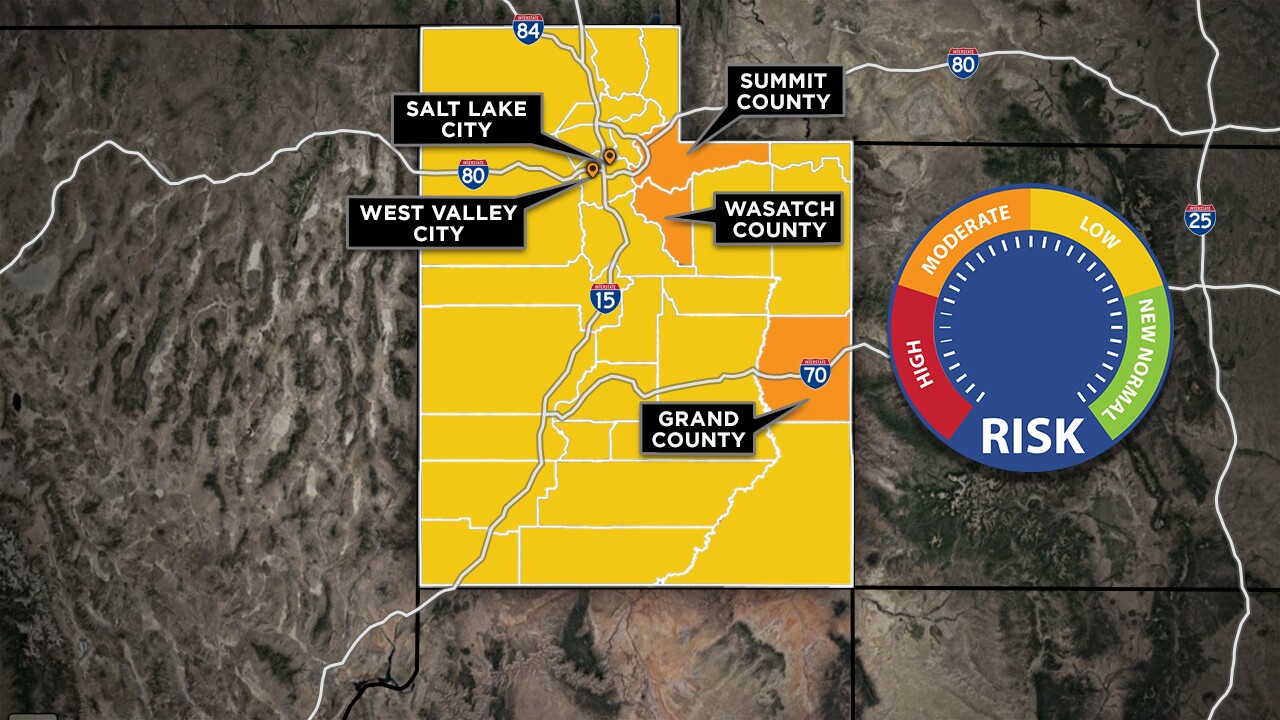 SALT LAKE CITY — A large part of Utah will move to a "low risk" level for COVID-19 starting Saturday, allowing more businesses to re-open and activities to resume.

But some of the state's most populous areas will remain under a higher-risk category for now. Summit, Wasatch and Grand counties will remain in the "orange" risk level under the state's color-coded system. So will Salt Lake City and West Valley City.

"We’re eager to see decreases there, and improvement in some of the numbers in triggering points, benchmarks," Governor Gary Herbert said.

The governor announced the move at a news conference on Thursday. FOX 13 first reported on the plan Wednesday evening. But some political leaders said they had hoped to remain at a higher risk level.

"Our request to the governor was to remain in orange for one more week," Salt Lake County Mayor Jenny Wilson said in an interview with FOX 13.

Under the "yellow" risk level, all businesses can re-open with appropriate health guidelines. Gatherings of up to 50 will be allowed. Team sports can resume with symptom checking for players and social distancing enforced for spectators.

Schools will remain closed for now, the governor said.

Under the state's color-coded warning system, the state had barely been in an "orange" risk level before moving to yellow. But state officials, including members of the Utah State Legislature's commission to re-open parts of the state, insist testing and tracing is strong and virus counts are low, as is fatalities. The number of novel coronavirus cases have plateaued and hospitals have not been overwhelmed.

"Since the beginning of the pandemic in Utah, this state has been driven by database decisions," said Major General Jefferson Burton, the acting director of Utah's Department of Health.

For elderly and immunocompromised people, it will still be high risk. Dr. Michael Good , the CEO of the University of Utah Health system, said people will still need to take precautions to protect them from COVID-19.

"We need your help focusing on at-risk individuals," he pleaded at Thursday's news conference.

Gov. Herbert said just because restrictions are being loosened, does not mean that health directives go away.

"We’re encouraged to still practice excellent hygiene, social distancing, masks," he said. "I would hope the use of masks becomes something we all want to do to help prevent the spread."

Some communities can stay at higher restriction levels with approval from state health officials and the governor. Gen. Burton said there were some cities that have reiterated requests to keep at tougher levels (including some with no cases of COVID-19 at all).

Mayor Wilson said she had requested more time to see data points and cases drop in Utah's most populous county. She also wanted to focus on more at-risk populations.

"I also recognize we’ve got to get back at it. I’m just suggesting we continue to do it in a safe way. We continue again to have our public comply with public sense, whether it’s regulated by me or asked for by the governor, people have good judgment and they need to use it," Mayor Wilson told FOX 13.

In the tourist town of Moab, Mayor Emily Niehaus said they would remain at the "orange" level until May 29. The governor's office granted a request by the Southeast Utah Health Department to have tougher restrictions.

"We are really trying to balance staying safe and getting our economy up and running and it’s complicated," she told FOX 13.

As a tourist town, the virus can spread faster and, Mayor Niehaus pointed out, they have a 17-bed hospital. But the mayor said her community was opening up. There is limited lodging because of the existing health orders, but she said Moab remained Utah's backyard.

"There is an ask from the Moab community that when you come here: please take care of yourselves and our community and follow the CDC guidelines," Mayor Niehaus said. "Practice social distances, cover your face, wash your hands and enjoy all that Moab has to offer."