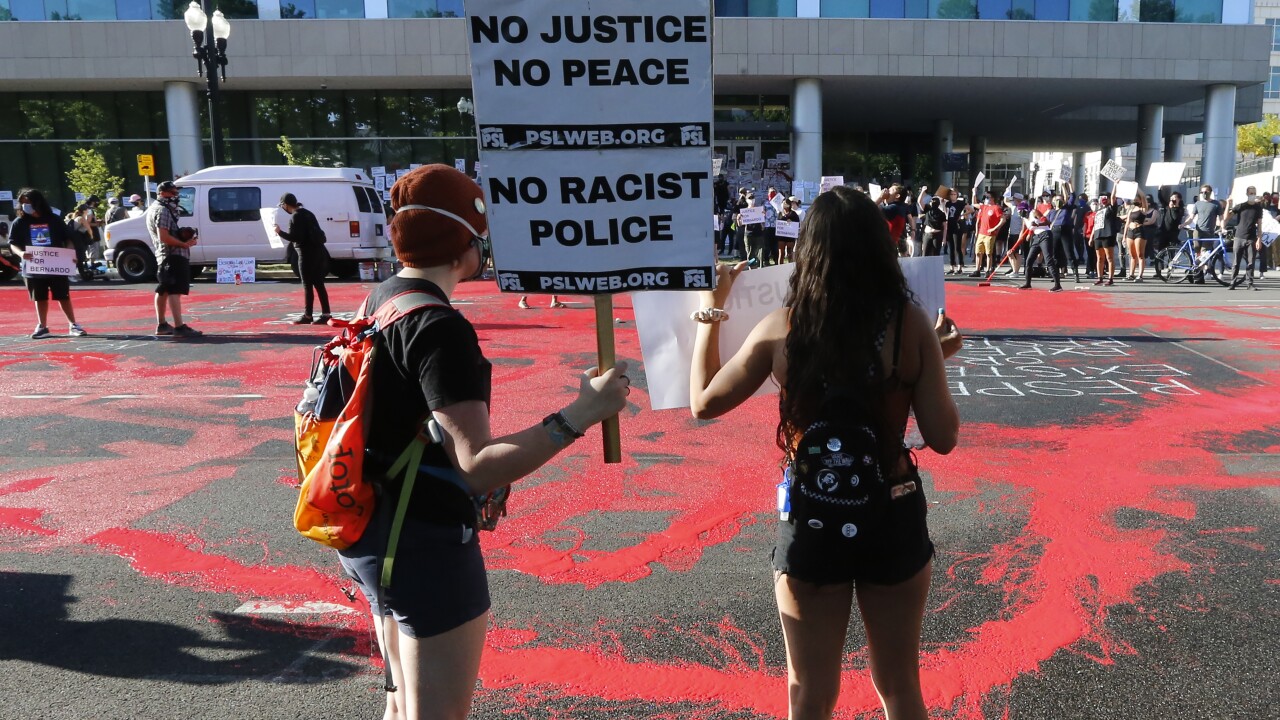 Copyright 2020 The Associated Press. All rights reserved
Rick Bowmer/AP
FILE - In this July 9, 2020, file photo, protesters gather in front of district attorney's office in Salt Lake City. Some Black Lives Matter protesters in Utah could face up to life in prison if they're convicted of splashing red paint and smashing windows during a protest, a potential punishment that stands out among demonstrators arrested around the country and one that critics say doesn't fit the alleged crime. (AP Photo/Rick Bowmer, File)

SALT LAKE CITY (AP) — Some Black Lives Matter protesters in Utah could face up to life in prison if they’re convicted of splashing red paint and smashing windows during a protest.

The potential punishment stands out among demonstrators arrested around the country and critics say it doesn’t fit the alleged crime.

The felony criminal mischief charges are more serious because they carry a gang enhancement.

Prosecutors said Wednesday that’s justified because the protesters worked together, but watchdogs called the use of the 1990s-era law troubling.

The charges have Democratic leaders at odds, with the top county prosecutor arguing vandalism crossed a line and the mayor calling the charges too extreme.